The High Court has held that the London riots of 2011 did not give rise to a force majeure defence to claims for failing to secure a warehouse from break-ins and arson attacks. Nor did the claims fall within an exclusion clause relating to indirect or consequential losses: 2 Entertain Video Ltd v Sony DADC Europe Limited [2020] EWHC 972 (TCC).

A force majeure clause typically excuses a party from liability where it is prevented from performing some or all of its obligations under the contract due to some event or circumstance beyond its control. In light of the global COVID-19 pandemic, force majeure clauses are being turned to more than ever. This decision highlights the difficulty of relying on force majeure where the relevant event or circumstance was foreseeable – even where, as here, the clause in question does not contain refer to unforeseeability. Although there is no general requirement under English law that an event must be unforeseeable to give rise to a claim for force majeure relief, the more an event is foreseeable the more it may be possible to guard against it having an impact on contractual performance, and the more a failure to do so may be seen as the real cause of non-performance. (For a high-level overview of the approach taken to force majeure clauses in key jurisdictions, please see our recent publication, COVID-19: Force majeure: A global perspective.)

The decision also illustrates the court’s approach in interpreting contractual exclusions of liability for indirect or consequential losses, which is a matter of some debate in the case law. While each case will turn on the wording of the clause in the context of the agreement and the relevant background, it may be difficult to persuade a court that losses that are foreseeable as arising naturally from the breach fall within an exclusion for indirect and consequential losses.

Although the decision is not radical from a legal perspective, it is an important reminder that contractual mechanisms such as force majeure clauses and exclusions of liability have their limits.

The claimants were publishers and sellers of home entertainment media such as Blu-ray discs, CDs and DVDs. The defendant, Sony DADC Europe Limited (“Sony”), owned and occupied a large warehouse unit in North London. Through a Logistics Services Agreement (the “Agreement”), Sony agreed to provide logistics and distribution services to the claimants, including storage of their stock at the warehouse.

In August 2011, at a time when riots were occurring across parts of London, the warehouse was attacked and looted by a group of young men, who then lit petrol bombs and started a devastating fire. The fire destroyed the warehouse and its contents completely.

The first claimant, 2 Entertain Video Limited (“2E”), lost over £40 million worth of stock in the fire and incurred further losses in relation to its contracts with customers which it could no longer honour. Prior to this incident, the warehouse had been broken into by burglars on more than one occasion.

Sony’s insurers paid around £8 million to 2E for lost stock. 2E issued claims against the defendant seeking damages for other losses suffered, alleging breach of contractual duties under the Agreement, and common law duties in tort and bailment. The claims were brought on the basis that Sony had failed to keep the stocks secure in the warehouse and to adequately assess the risk of intruders or fire.

Sony denied the allegations and raised various alternative defences including reliance on: (i) a force majeure clause; and (ii) a clause excluding indirect or consequential losses.

The High Court (O’Farrell J) assessed a raft of factual and expert evidence on fire and security measures, and found that Sony had failed to take reasonable fire precautions and security measures, which had enabled the break-in and allowed the fire to spread quickly to damage 2E’s stock. Sony was therefore liable for breach of the Agreement by failing to keep the stocks secure, and equally liable for the loss of goods as bailee, and for the tort of conversion of the goods.

The judge then turned to the question of whether the clauses referred to above could prevent liability arising or limit that liability:

The Agreement contained the following clause:

“Neither party shall be liable for its failure or delay in performing any of its obligations hereunder if such failure or delay is caused by circumstances beyond the reasonable control of the party affected including but not limited to industrial action (at either party), fire, flood, wars, armed conflict, terrorist act, riot, civil commotion, malicious damage, explosion, unavailability of fuel, pandemic or governmental or other regulatory action.”

Sony argued that the damage to the warehouse was a force majeure event which, pursuant to the above clause, meant that Sony was not liable. However, the judge was not persuaded by this argument.

Although it was common ground that the riots in London were “unforeseen and unprecedented”, the risk of intruders was foreseeable, on the basis that there had been previous break-ins to the warehouse. The risk of arson, and of destruction of the warehouse and its stock by fire, was (or should have been) foreseen, as a number of fire safety documents (including British Standards guidance on security of warehouse buildings) were available to Sony before the fire.

If Sony had taken adequate security and fire safety measures, the attack on the warehouse would probably have been deterred or delayed and any damage significantly reduced. That meant that the fire and resulting losses were not outside the reasonable control of Sony and the force majeure clause could not be relied upon as a defence.

Exclusion of indirect or consequential loss

The Agreement contained the following clause:

“Neither party shall be liable under this Agreement in connection with the supply of or failure to supply the Logistics Services for any indirect or consequential loss or damage including (to the extent only that such are indirect or consequential loss or damage only) but not limited to loss of profits, loss of sales, loss of revenue, damage to reputation, loss or waste of management or staff time or interruption of business.”

The judge said the starting point was to consider the natural and ordinary meaning of the clause, which excludes “any indirect or consequential loss or damage”. The direct and natural result of the fire was the destruction of the goods and the warehouse, causing lost profits and business interruption losses to the claimants. Those claims, she said, did not appear to fall within the scope of the exclusion.

He noted that the clause was “unhappily drafted”, particularly the second part of the clause, as the effect of the words in parentheses was to negate the illustration intended by the words of inclusion. That meant the examples given (loss of profits, etc) might or might not fall within the exclusion, and so they were of no assistance in determining its scope.

The judge went on to consider a number of cases which have interpreted the distinction between “direct” and “indirect or consequential” losses as corresponding with the two limbs of the classic test for recoverable loss in contract,  as set out in Hadley v Baxendale (1854) 9 Ex 341. That test provides that losses are recoverable if they are either: (limb 1) losses naturally arising from the breach in the usual course of things; or (limb 2) losses which may reasonably be supposed to have been in the contemplation of both parties, at the time of the contract, as a probable result of breaching the contract.

Under this line of case law, an exclusion of “indirect or consequential” losses is not effective to exclude losses naturally arising from the breach, ie losses under limb 1. That analysis has been questioned in some more recent cases, referred to by the judge, and she accepted Sony’s submission that any general understanding of the meaning of “indirect or consequential loss” must not override the true construction of that clause when read in the context of the Agreement and the factual matrix. Looking at 2E’s loss of profits and business interruption losses, the judge found that they did not fall into the natural and ordinary meaning of “indirect or consequential loss”, nor did they fit with the second limb of Hadley v Baxendale. The losses were held to be a direct and natural result of the fire, and so the claims did not fall within the scope of the exclusion of liability.

It was agreed between the parties that the Agreement imposed a contractual limit on liability of £5 million. As such, the judge held that the claimants were entitled to damages in the sum of £5 million plus interest. 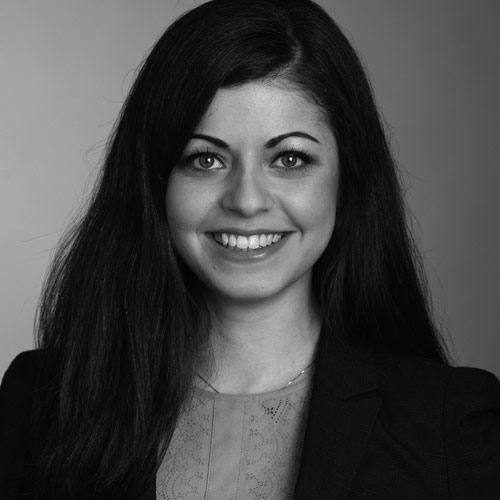