The High Court has held that the “necessary or proper party” gateway contained in CPR Practice Direction 6B, paragraph 3.1(3) does not apply when the anchor defendant has voluntarily submitted to the court’s jurisdiction: ID v LU and BZ [2021] EWHC 1851 (Comm).

In a case in which none of the parties were domiciled or resident in England, and the subject matter of the dispute was exclusively connected with the Ukraine, the High Court has confirmed that this gateway should not be applied so as to permit a party with no connection to the jurisdiction to be brought into litigation in England against their will solely by reason of the willingness of another defendant to submit to the jurisdiction for their own reasons.

Following the end of the Brexit transition period on 31 December 2020, the common law gateways for service out of the jurisdiction with the court’s permission have gained added prominence, as they apply to EU domiciled as well as non-EU domiciled defendants (unless there is a jurisdiction clause in favour of the English court, in which case proceedings can be served out without the need to obtain the court’s permission).

It is therefore helpful that the High Court has confirmed that a claimant seeking the court’s permission under the “necessary or proper party” gateway cannot rely on an anchor defendant who has voluntarily submitted to the jurisdiction but who could not otherwise have been served in accordance with the CPR. It is worth noting, however, that the claimant has sought permission to appeal against the High Court’s decision.

After issuing the Claim Form, the claimant sent a copy of the Claim Form and the Particulars of Claim to D1. D1 acknowledged service and, by doing so, voluntarily submitted to the jurisdiction of the English court.

The claimant subsequently obtained leave to serve the proceedings out of the jurisdiction on D2, principally on the ground that D2 was a “necessary or proper party” to the claim brought against D1 for the purposes of CPR Practice Direction 6B, paragraph 3.1(3). This provides, insofar as is material:

“3.1 The claimant may serve a claim form out of the jurisdiction with the permission of the court under rule 6.36 where – …

a) there is between the claimant and the defendant a real issue which it reasonable for the court to try; and

b) the claimant wishes to serve the claim form on another person who is a necessary or proper party to that claim.”

D2 argued that the claimant was not entitled to rely on paragraph 3.1(3), in essence, because at the time when D1 was sent the Claim Form and Particulars of Claim D1 could not be validly served under the CPR. This was because D1 had an unanswerable objection to jurisdiction by reference to Article 4 of the Brussels Recast Regulation (EU) No 1215/2012, which required that he be sued in the courts of the EU member state in which he was domiciled (subject to exceptions set out in the Regulation, which did not apply here).

The High Court (His Honour Judge Pelling QC sitting as a High Court judge) granted D2’s application on the basis that: (a) the gateways relied on by the claimant were not available in the circumstances; and (b) in any event it was plain in all the circumstances that England and Wales was not the proper place in which to bring the claim.

D2 relied on the decision of the House of Lords in John Russell and Company Ltd v Cayzer Irvine and Company Ltd [1916] 2 AC 298. This was a case decided under the old Rules of the Supreme Court (RSC) rather than the CPR and, accordingly, the High Court had to decide whether John Russell still applied.

John Russell was a claim against two Scottish registered companies. The first defendants decided to submit to the jurisdiction of the English court and the plaintiff subsequently served the proceedings on the second defendants in Scotland. The second defendants applied to set aside service of the proceedings on the basis that the action had not been “properly brought against some other person duly served within the jurisdiction”. The House of Lords agreed, finding that a party with no connection to the jurisdiction should not be brought against its will into litigation in this jurisdiction otherwise than in accordance with the procedure laid down in the RSC.

The High Court in the instant case observed that John Russell has not been overruled by any subsequent decision of the House of Lords or Supreme Court, but that it must be read subject to the Court of Appeal’s decision in The Benarty [1983] 1 Lloyds Rep 361. The Benarty narrowed the principle established in John Russell, confining it to cases where, at the time the proceedings were issued, there was no one on whom proceedings could be served and only at a later stage did one of the defendants accept service in the jurisdiction. The High Court questioned the validity of the distinction drawn in The Benarty but considered itself, nonetheless, to be bound by that distinction.

The High Court did not consider that the change in language between the relevant RSC and the current language of the gateway at paragraph 3.1(3) removed either the principle in John Russell or the limitation imposed by The Benarty.

The court observed that the primary importance of John Russell now is that it sets part of the context in which paragraph 3.1(3) should be construed, by identifying one rationale for adopting a restrictive construction of what has consistently been described as an anomalous provision that has the capacity to be exorbitant in its reach. Paragraph 3.1(3) has two elements that together protect against that effect:

The court found that, on the facts, there was a real issue between the claimant and D1 which it was reasonable for the court to try. However, this said nothing about where that issue should be resolved and whether a party with no connection to the jurisdiction should be brought into this jurisdiction against its will because another defendant to the proceedings considered it in their commercial best interests to voluntarily submit to the jurisdiction of the English court.

The High Court indicated that, even if paragraph 3.1(3) had been available to the claimant, it would have declined jurisdiction on forum conveniens grounds. The claim had no real connection with the jurisdiction. None of the parties were domiciled or resident in England and the subject matter of the dispute was exclusively connected with the Ukraine.

Even if, contrary to the court’s conclusions, the principle in John Russell was no longer a technical basis for refusing jurisdiction, the court would have regarded the fact that the only basis on which the court could obtain jurisdiction was by the voluntary submission of another defendant as a powerful discretionary factor justifying the set aside of permission on forum conveniens grounds. The court reiterated that paragraph 3.1(3) is anomalous and should not be applied so as to permit a party with no connection to the jurisdiction to be brought into litigation in England against their will solely by reason of the willingness of another defendant to submit to the jurisdiction for their own reasons. 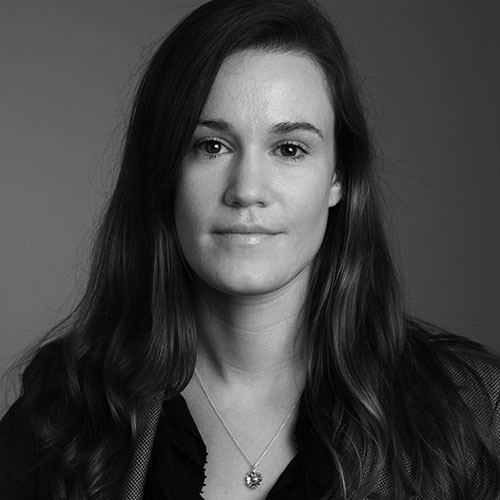