The High Court has ruled that a claim for a declaration regarding a borrower’s obligations to provide information under a facility agreement was not a claim which itself derived from borrower’s French insolvency proceedings for the purposes of Article 6(1) of the Recast European Insolvency Regulation (EU) 2015/848 (the “Recast Insolvency Regulation”). As a result, the claim could be heard in England pursuant to the exclusive jurisdiction clause contained in the facility agreement: Emerald Pasture Designated Activity Co v Cassini SAS [2021] EWHC 2010 (Ch).

This decision provides useful clarification of the scope of Article 6(1), which will remain relevant (despite Brexit) to cases where insolvency proceedings were commenced in an EU Member State prior to 31 December 2020. In particular, it will provide some comfort to claimants as to the ability to rely on English jurisdiction provisions in agreements, even where the defendant is in insolvency proceedings to which the Recast Insolvency Regulation applies. However, it should be noted that this claim concerned enforcement of the defendant’s contractual obligation to provide information. The position may differ for financial claims.

Further, as a result of the Brexit withdrawal arrangements, insolvency proceedings commenced in an EU member state after 31 December 2020 would not be automatically recognised in the UK (and any recognition would be under the Cross Border Insolvency Regulations 2006 (“CBIR”)). This means a defendant could not rely on Article 6(1) to challenge jurisdiction (albeit the defendant may rely on the automatic stay of English civil proceedings if recognition was obtained under the CBIR).

The claimant, Emerald, was one of the majority lenders under a senior facility agreement (the “SFA”) entered into in 2019 with Cassini, the first defendant, as borrower. The SFA was governed by English law and was subject to the exclusive jurisdiction of the English courts. It contained an obligation for Cassini to provide information about its financial condition, assets or operations to the agent under the SFA upon request. If an Event of Default (as defined in the SFA) was continuing, Cassini was also obliged to provide the agent with free access to its premises, assets, books, accounts, records and management.

On 22 September 2020, Cassini entered French insolvency proceedings, known as a “Sauvegarde”, which would allow Cassini to propose a restructuring plan to its creditors, and which also gave rise to a moratorium on financial claims against Cassini. The Recast European Insolvency Regulation continued to apply in the UK in respect of the Sauvegarde as it was commenced prior to 31 December 2020, and that regulation classifies a Sauvegarde as “insolvency proceedings” under Article 2(4). The Sauvegarde also constituted an Event of Default under the SFA.

The following month, the agent requested information and access to books, accounts, records and management from Cassini pursuant to the SFA, on the instructions of the majority lenders including Emerald.

Cassini refused to comply with the request on the basis that its obligations to provide information under the SFA were unenforceable under French law, due to the alleged effect of the Sauvegarde. Cassini did not suggest that there was any other basis to challenge the request.

In response, Cassini applied for a declaration that the English court had no jurisdiction to hear the claim. Cassini argued that Emerald’s claim derived from and was closely linked to the Sauvegarde, meaning it fell within Article 6(1) of the Recast Insolvency Regulation. This provides that the courts of an EU member state where insolvency proceedings have been opened will have jurisdiction for “any action which derives directly from … the insolvency proceedings and is closely linked with them”.

It was common ground that, based on existing case law, Article 6(1) is to be construed narrowly. The crux of the question is not the procedural context but whether the legal basis of the action derives from the rules specific to insolvency proceedings or the common law rules of civil and commercial law.

Cassini’s position was that, in answering this question, the focus should be on the issue raised by the action. Since the only matter in issue was whether the rights to information under the SFA were overridden by the Sauvegarde (which depended on the principles of French law that govern it), Cassini argued that the real matter in issue concerned the effects of the insolvency proceedings, such that the English proceedings fell within Article 6(1). Emerald argued, in contrast, that the relevant question in applying the test under Article 6(1) was whether the action itself derives from the insolvency proceedings. Since the action was for declaratory relief in respect of a contract, Emerald contended that the action derived from common rules of civil and commercial law, so as to fall outside the scope of Article 6(1).

The application was expedited and heard in July 2021.

The High Court (Zacaroli J) concluded that the claim did not fall within Article 6(1). Therefore, the English court had jurisdiction by reason of the SFA’s exclusive jurisdiction clause (under common law principles, which applied as the claim was commenced after 31 December 2020).

Zacaroli J rejected Cassini’s contention that the application of Article 6(1) turns on the nature of issue which the court is required to determine. This was, in his judgment, inconsistent with the requirement – in determining whether an action is derived directly from insolvency proceedings – to ask whether the “basis of the action” finds its source in the rules specific to insolvency proceedings.

Zacaroli J rejected Cassini’s argument that it was significant that the relief sought was a declaration, rather than a hypothetical application for an order for specific performance of Cassini’s obligations to provide information under the SFA. He said the latter would clearly derive from the SFA rather than the Sauvegarde, even though a defence to such a claim would be based upon French insolvency law. However, in both cases, the legal basis of the claim was the obligation in the SFA. The contract, which was the source of the obligation relied upon, existed independently of, and prior to, the Sauvegarde. The question which the declarations were designed to answer was the enforceability of the contractual rights.

The judge distinguished ING Bank NV v Banco Santander SA [2020] EWHC 3561 (Comm), where Cockerill J concluded that an action was derived from and closely connected to Spanish insolvency proceedings because, in that case, the claim was based on liabilities which had arisen from the insolvency process. Zacaroli J said that this was different to the present case, where the issue was the effect of foreign insolvency law upon English law contractual obligations, and the action itself derived from those contractual obligations. 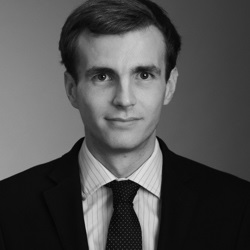