In most cases, where a Part 36 offer is accepted, the offer and acceptance (together with the automatic provisions of Part 36 relating for example to the costs consequences of acceptance) will constitute the terms of settlement and there is no need for any further agreement. It is therefore very important that those drafting Part 36 offers ensure their terms are clear, so that there is no room for doubt as to the effect of any acceptance.

Similarly, as the present case shows, where the parties choose to enter into a separate settlement agreement after a Part 36 offer is accepted, they need to ensure it is clear whether that agreement is intended simply to record the terms already agreed in the offer and acceptance, or whether it supersedes those terms – and, of course, that there is no uncertainty as to the terms of the settlement agreement itself.

In April 2019, the parties’ vessels were involved in a collision in India. As a result, the defendant’s ship was arrested and the defendant ultimately admitted 100% liability for the incident, but quantum remained in dispute.

On the next working day the parties entered into a Settlement Agreement which appended the Part 36 Offer and referred to the earlier Scott Schedule in defining the “Claim”, stating that it was “in the total sum of USD 876,682.79 plus interest and legal costs”. The Settlement Agreement stated at clause 1:

“1. In accordance with the Offer and the Acceptance, the [defendant] will pay and the [claimant] will accept:

(b) the recoverable pre-action legal costs of [the claimant] up to the Acceptance in accordance with CPR Rule 36.13 (the “Costs”)

in full and final settlement and discharge of the Claim and all losses, damages, expenses and costs whatsoever and howsoever arising between the Parties out of the Collision.”

The Settlement Agreement also included an entire agreement clause, which provided that the agreement superseded the terms of all previous agreements between the parties.

The defendant paid USD 775,000 to the claimant on 2 June 2020. The present dispute arose when the claimant sent a summary of its “Costs” which it said were recoverable under clause 1(b) and which included (in addition to the fees of English solicitors and counsel, which it was accepted were recoverable in principle) four items totalling USD 63,804.75. These had been listed as costs in the Scott Schedule and comprised: agency fees incurred in India relating to instructing Indian counsel, an Indian advocate’s fees, Italian lawyer’s fees and PANDI (ship owners’ liability insurers) correspondent fees which covered liaising with lawyers and surveyors in respect of the arrest.

The claimant argued that, as a result of the Scott Schedule, the parties knew that the four disputed items were not part of the principal claim which was settled for USD 775,000. It argued that the USD 775,000 was intended to cover everything other than the items which the parties had been treating as costs up until that point.

The defendant, however, argued that the Settlement Agreement superseded the accepted Part 36 Offer and that the USD 775,000 covered the Claim as defined in the recital, which included the four disputed items.

The High Court (Clare Ambrose sitting as a deputy High Court judge) dismissed the claim for the four disputed items, finding that on a proper construction of the Settlement Agreement these items were included as part of the principal sum. The only costs recoverable under clause 1(b) were therefore the English solicitors’ and counsel’s fees (as previously agreed between the parties).

The key findings were: 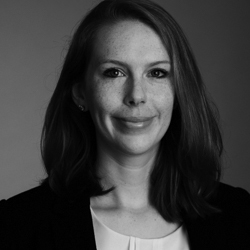