The Court of Appeal has dismissed an appeal against a High Court decision striking out the representative element of claims arising from an oil spill for failing to satisfy the “same interest” requirement under CPR 19.6: Jalla & Anr v Shell International Trading & Anr [2021] EWCA Civ 1389.

The Court of Appeal rejected the submission that this case was “materially indistinguishable” from Lloyd v Google LLC [2019] EWCA Civ 1599 (considered here), in which the Court of Appeal found that an action for alleged data breaches could proceed under CPR 19.6 on behalf of some four million iPhone users. Although that decision is subject to an appeal to the Supreme Court, in which judgment is currently awaited, the present appeal proceeded on the assumption that the Court of Appeal’s decision was correct, with the court noting that it represented the “high water mark” of the claimants’ case that a representative action was appropriate.

The present case was in fact quite different, the Court of Appeal held, in particular because issues of limitation, causation and damages – core issues which could not be considered “subsidiary” to the proceedings – would have to be determined on a claimant-by-claimant basis. Permitting these proceedings to continue as a representative action would not achieve any of the intended benefits of CPR 19.6.

The judgment affirms that (subject to limited exceptions) the collective action regime in England and Wales works on an “opt-in” basis, and the scope for “opt-out” actions remains limited. Claimants seeking to bring mass environmental tort claims, or indeed any collective litigation in which issues of limitation, causation, damages and/or potential defences may vary amongst the claimant group, will need to consider other procedural options, in particular a group litigation order (GLO), or combined case management utilising test cases.

It is also worth noting that, while it was not critical to the judgment, the court described as “ambitious” the notion that the High Court could grant a mandatory injunction requiring a large scale remediation scheme in a foreign country “thousands of miles away”, or could sensibly police the works to be performed by reference to such a scheme.

The factual and procedural background is set out in our blog post covering the High Court judgment, available here.

In summary, these proceedings relate to a December 2011 oil spill off the coast of Nigeria for which the defendants are said to be legally responsible. The two claimants named in the action were occupants of land alleged to be affected by the spill, and brought the claim for themselves and on behalf of the “represented parties”, which purported to include more than 27,500 individuals and 457 communities spread across an area the size of Belgium, comprising coastal and inland areas said to be polluted by the oil spill.

The claimants sought to pursue their claim under CPR 19.6, which allows a claim to be brought by (or against) one or more persons as representatives of any others who have the “same interest” in the claim. The initial claim sought: (i) damages for the represented parties in their individual capacity; (ii) an order requiring the defendants to take measures to remediate the negative environmental impact from the oil spills; or (iii) payment of the value of such remediation works.

Before the High Court hearing, the claimants conceded that they would not seek to pursue part (i) of the claim in these proceedings (having commenced a separate action in respect of that aspect, which named each of the “represented parties” as claimants). This was an apparent attempt to liken the instant proceedings to those in Lloyd v Google (in which the named claimant disavowed any reliance on the individual circumstances of each represented person).

As regards limitation, although the initial claim form had been issued within six years of the spill, Shell Trading and Shipping Company (“STASCO”) was not joined until April 2018 and the critical allegations against STASCO were not made until March 2020. As will be seen, the potential for some parties to be within the limitation period and others without was important to the analysis under CPR 19.6.

The High Court (Stuart-Smith J) struck out the representative elements of the proceedings for failing to satisfy the “same interest” requirement of CPR 19.6. In particular the “remediation relief” sought by the claimants could not properly be said to be beneficial for all those represented, nor could the individualised issues (which included damages and causation) be considered “subsidiary” to the main issue. Lloyd v Google (referred to above) was distinguished.

Coulson LJ dismissed the appeal, holding that Stuart-Smith J did not err in law in striking out the representative element of the claim. Coulson LJ gave the lead judgment, with which Green and Lewison LJJ agreed.

Coulson LJ reviewed the leading authorities and distilled a number of requirements and limitations of representative actions, which largely mirrored the principles endorsed by Stuart-Smith J. These included the following:

Coulson LJ also examined the objectives of CPR 19.6, noting that its primary purpose is the saving of time and costs, and the avoidance of procedural complexity. The court only tries the claims of the representatives; it does not consider the individual claims of the represented parties. Otherwise the principal benefit of the representative action is lost. Coulson LJ noted that some pollution cases can be well-suited to proceeding as representative actions, eg if a group of residents seek an injunction to prevent emissions from a chemical plant, in which case it is “overwhelmingly likely” they will have the same interest in the claim. This requirement is, however, much less likely to be met, for example, if the residents have claims for different personal injuries arising from the pollution caused by the chimney. In such cases other vehicles for group litigation – such as GLOs – will be more appropriate.

In the present case, Coulson LJ held that none of the purposes of  CPR 19.6 could be achieved by allowing the case to proceed on a representative basis.

This was apparent from the claimants’ submissions, which conceded that issues such as limitation (including the factual issue of when the oil first struck the land), alternative causation (such as whether the damage was caused by other oil spills), and whether the damage to each parcel of land justified the remedial scheme sought, would have to be addressed on an individual basis. Trying the case in this way would plainly fail to achieve the procedural economy to which CPR 19.6 aspires. As Coulson LJ put it, “it would become a representative action in name only, and not in substance”.

Coulson LJ rejected a suggestion that the instant case raised access to justice concerns. He said the claims “could (and perhaps should)” have been brought by way of a GLO, or by individual claimants under a consolidated particulars of claim with sensible case management. The fact that they were not brought as such, and had now been struck out, was a result of the claimants’ and the represented parties’ own making, and not a question of access to justice.

Noting that the above analysis made clear that the High Court judge was correct “as a matter of principle”, to conclude this was not a representative action, Coulson LJ then turned to the specific grounds of appeal raised by the claimants.

In the first ground the claimants argued that the instant case was materially indistinguishable from Lloyd v Google, in that in both cases the represented parties suffered the same type of loss as the claimants. As the Court of Appeal had found that it was appropriate for Lloyd v Google to be brought as a representative action, so the instant case should be treated as such.

Coulson LJ’s held that the instant case was in fact very different to Lloyd v Google. The latter case involved a statutory claim where all the represented parties had, by definition, suffered the same breach and the same type of damage – the loss of rights in their confidential information. In the instant case, however, the cause of action required proof of actual damage to land resulting from the 2011 oil spill. Not only would that require a trial before it could be ascertained, breaching the principle in Emerald Supplies noted above, it was highly likely that the actual damage would differ between each parcel of land due to the varying spread, scale and long-term effect of the oil spill between the relevant geographies.

Further, the presence of limitation and causation issues in the instant case, which also likely varied among the represented claimants, also militated against a comparison between the cases.

The first ground of appeal was accordingly rejected.

Coulson LJ considered that this argument mischaracterised the judge’s reasoning. The decision below was clear that the existence of individual claims did not preclude the finding of a representative action. This was the correct approach, as it upheld the principle in Irish Shipping noted above that the claims must be the same “for all practical purposes”, but not precisely identical. Further, the elements of the represented claims which in this case fell to be determined individually – including specifically whether the damage justified the remediation sought – were not subsidiary matters (as in Duke of Bedford) but an integral part of the proceedings.

Accordingly the second ground of appeal was also rejected. 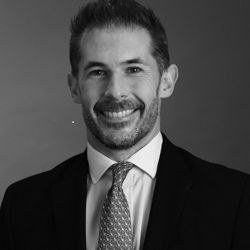 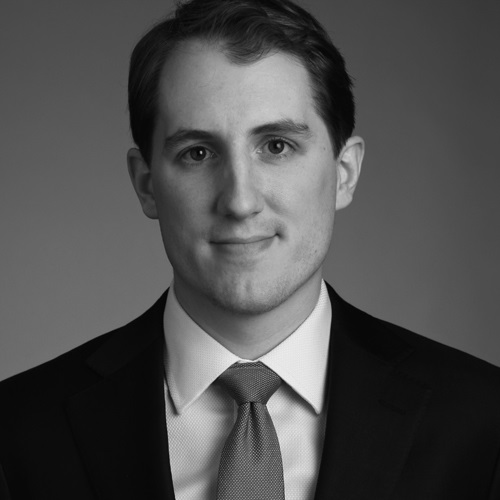