The Court of Appeal has dismissed an appeal against a Commercial Court decision that a buyer was entitled to the repayment of an advance where there had been non-delivery of diesel for force majeure reasons: Nord Naphtha Limited v New Stream Trading AG [2021] EWCA Civ 1829.

The court found that, as a matter of construction, the contract between the parties obliged the seller to make repayment in the circumstances, both because that was the natural meaning of the language and because a different construction would offend business common sense.

The decision is of interest for the Court of Appeal’s comment that it would be “surprising” if a contract for the sale of goods did not include a provision requiring the return of an advance payment in the event of non-delivery. The court considered this to be a reasonable starting point for the construction of such a clause. Nonetheless, the court’s criticism of the contract’s “clumsy drafting” serves as a reminder that the terms of a repayment obligation – or indeed any contractual provision – should be clearly expressed to avoid the sort of dispute that arose in this case.

The decision is also a reminder that, as stated in the leading Supreme Court decision Wood v Capita [2017] UKSC 24 (considered here), construction is a “unitary exercise”, in which it does not matter whether the analysis starts with the contractual language or the relevant context so long as the court balances the indications given by each. The present case demonstrates the importance of considering the commercial consequences of differing contractual constructions as part of this unitary exercise.

New Stream Trading AG contracted to sell 30,000 metric tonnes of diesel (the “Product”) to Nord Naphtha Ltd, with the Product to be sourced from a refinery in Russia for which New Stream was marketing and sales agent. The contract provided for an advance payment and included a force majeure clause excusing performance in certain circumstances, including interference with supplies where that was not within New Stream’s control.

The contract was entered into on 21 February 2019. On the same day, the refinery issued a comfort letter to Nord Naphtha, which guaranteed that diesel would be shipped to New Stream for supply to Nord Naphtha according to the conditions of the contract, and confirmed that the refinery would arrange repayment of the advance payment to the extent that there was a shortfall in delivery. However, the comfort letter specified that it could be revoked at the refinery’s sole discretion with immediate effect, and had an original expiry of 25 April 2019.

On 22 February 2019, Nord Naphtha paid an advance of US$16,059,600 to New Stream in accordance with the contract. On 17 April 2019, New Stream informed Nord Naphtha of a force majeure event which delayed the delivery of the Product. The validity of the comfort letter was therefore extended to 15 May 2019.

“nothing herein shall impair the obligations by [New Stream] to repay to [Nord Naphtha] the amount of the advance payment… in the event that the delivery of the Product is not made or only partially made due to Force Majeure Event”.

Ultimately, the Product was not delivered. Nord Naphtha terminated the contract on 30 June 2020, as it was entitled to do, and sought repayment of the advance. New Stream resisted Nord Naphtha’s claim for repayment, and argued that any liability to repay rested with the refinery under the comfort letter.

The Commercial Court granted summary judgment in favour of Nord Naphtha, rejecting the suggestion that the comfort letter could affect the parties’ rights and liabilities under the contract.

In construing the contract, the Commercial Court’s starting point was that it would be “a very surprising result” if Nord Naphtha had no ability to reclaim its prepayment from New Stream in any circumstances.

It considered that clause 14.5 only made sense if an express obligation to repay was read into it and, if that were wrong, a repayment obligation was so obvious that it fulfilled the requirements for an implied term. The court considered the decision in Totsa Total Oil Trading SA v New Stream Trading AG [2020] EWHC 855 (Comm) (see our previous blog post here) which dealt with a similarly worded clause, but found that as that case concerned a different contract and a different context it did not assist.

The Court of Appeal dismissed the appeal (Whipple LJ giving the lead judgment with which Dingemans and Newey LJJ agreed).

At the outset, the court addressed the Totsa decision, on which New Stream relied heavily. It concluded that the Commercial Court was correct to find that decision irrelevant to the current case, as it had considered a materially different contract in order to answer a different question.

New Stream argued that the Commercial Court’s approach to construction was “back to front”, and that the language of the contract should be considered before the wider commercial context. The Court of Appeal disagreed, noting the Supreme Court’s comments in Wood v Capita referred to above that it does not matter whether the analysis starts with the contractual language or the wider commercial context. Ultimately, the Court of Appeal found that both aspects supported the existence of an obligation to repay the advance.

In considering the language of the contract, the court found that clause 14.5 both created and confirmed an obligation on New Stream to repay the advance if the Product was not delivered in force majeure circumstances. The words in clause 14.5 that “nothing herein shall impair the obligations” were no more than introductory; they did not mean that clause 14.5 only preserved a non-existent obligation. If successful, New Stream’s argument would mean that the whole of clause 14.5 was surplus. Whipple LJ commented that the court would “take some persuading that an entire clause, particularly one dealing with repayments in the event of force majeure preventing delivery, should be disregarded as redundant”, and it was not sufficiently persuaded in this case.

The court also considered the language of clause 14.5 in the context of the wider force majeure clause. It noted that an obligation to pay the advance even in the event of force majeure would have made the contract highly uneven. A reasonable person would expect very clear words, not found in the contract, to express this. Further, a reasonable person would have taken the purpose of the force majeure clause as a whole to be to return the parties to their pre-contract positions. Therefore, Nord Naphtha would expect to have the right to claim repayment of an advance for goods which had not been delivered for force majeure reasons.

In the wider commercial context of a contract for sale of goods, the Court of Appeal noted, it would be surprising not to find a provision requiring repayment of an advance in the event of non-delivery, because no reasonable buyer would put their advance at such risk. To interpret the contract as lacking such a provision would therefore offend business and ordinary common sense. The comfort letter did not change this analysis as it was obviously “commercially worthless”: it had expired by the date of termination of the contract and, even when it was valid, it was revocable at will by the refinery in force majeure circumstances. 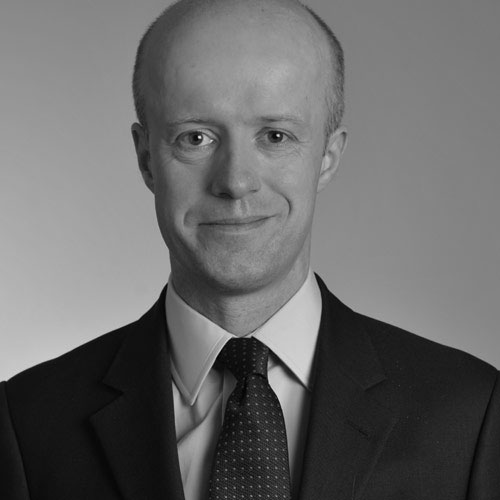 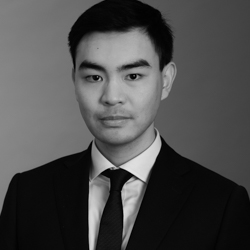