Cryptocurrency insufficient to satisfy test for security for costs

In granting security for costs against a claimant company owned by Dr Craig Wright (who claims to be the creator of the Bitcoin system) and his family, the High Court has refused to allow the security to be paid in Bitcoin as that would not result in protection equal to a payment into court or first class guarantee: Tulip Trading Limited v Bitcoin Association for BSV  [2022] EWHC 2 (Ch) and [2022] EWHC 141 (Ch).

One of the defendants in this case, the BSV Bitcoin Association, released a statement that the “digital currency and blockchain industry should strive to develop technical mechanisms and industry best practices to provide remedies, upon valid proof of ownership and with judicial due process, to restore control of lost or stolen coins to their rightful owner – just as there are remedies available for any asset or property (physical, digital, intangible or otherwise).”

The statement further mused that the introduction of such solutions would only build trust in Bitcoin and may lead to its wider adoption. It could be seen as a stepping stone towards building an honest and transparent “lawful digital currency ecosystem”. The Association does not, however, accept that the defendants owed the claimant company the duties alleged in this case.

This is, to our knowledge, the first time a party to litigation has sought to offer Bitcoin as security for costs. The court’s principal focus in refusing to allow the use of cryptocurrency was on Bitcoin’s volatility, rather than the principle of using non-fiat currencies as security for costs. It would be interesting to see what the court would do if a claimant offered security in the form of a more substantial deposit of cryptocurrency, or a stablecoin (a non-fiat currency specifically designed to have a relatively stable price, typically backed by a reserve asset like a government issued currency).

The applications were filed by the defendants to seek security for the costs of their jurisdiction applications, where they challenged a court order permitting that they be served the claim documents despite being domiciled outside the court’s jurisdiction.

Dr Wright (through the claimant Seychelles company) claimed to own Bitcoin worth in the region of US$4.5 billion, which he accessed and controlled from his computer and network in England. The access was facilitated by secure private keys.

In February 2020, these private keys were deleted by hackers who accessed Dr Wright’s computer and caused Dr Wright to lose access to his Bitcoin. The defendants are the open-source software developers who developed the Bitcoin Core and Bitcoin Cash ABC software on a non-commercial basis.

The claimant claims that the defendants owed it a fiduciary or, in the alternative, tortious duty to re-write or edit the underlying software to enable it to re-access the Bitcoin. It submitted that the claimant had requested the defendants to do so, but they did not consider themselves to be bound by any such duty and thus refused to take the requested steps.

The claim raises questions surrounding the ownership of the Bitcoin, the defendants’ ability to restore the claimant’s access in the present circumstances and whether they had any duty to restore access as requested. Three possible fiduciary/tortious duties were described as follows:

The claim further raises the issue of the breach of any (or all) of the above duties, and possible relief.

The security for costs application

The defendants challenged the court’s jurisdiction over the claims and sought security for their costs of the jurisdiction application.

CPR 25.13 provides that the court may make an order for security for costs if it is satisfied, having regard to all the circumstances of the case, that it is just to make such an order and one or more of a number of conditions applies. The conditions relied on in this case were:

Decision as to grant of security

The court observed that, as per Dr Wright’s own witness statement, the claimant was a holding company for the Bitcoin, which was its main asset. It did not conduct any trade, have any customers or bank accounts and did not file any accounts or tax returns. While the claimant argued that the defendants had not adduced any evidence to support their assertion that the claimant would be unable to pay costs, it had failed to provide any details of the assets it claimed to own.

The claimant sought to distinguish its position from Sarpd Oil v Addax [2016] EWCA Civ 120 in which the court held that where a foreign company was reticent in revealing or declined to reveal its financial position it was “sound practice” to grant security against it.

The claimant submitted that, unlike in Sarpd Oil, it had not declined to provide evidence of good financial standing. It argued that no such request had been made at all. However, the court rejected this argument. The claimant had not only failed to demonstrate its ability to pay in inter-party correspondence, but also in response to the application. In such a circumstance, the court ruled, the claimant could be said to be “deliberately reticent” as stated in Sarpd Oil.

The claimant further sought to argue that it had “strong prospects” of being able to access some of the Bitcoin (referred to as BSV) worth about £13.7 million. It had enlisted a company called nChain Limited (nChain) to modify the client software which would enable the owner to re-gain control of the Bitcoin. Once this was successful, the claimant would have control over assets that could easily cover the costs of the defendants.

However, the court observed that ownership of the BSV was itself at issue in the claim. The BSV was administered by one of the defendants, who had expressed an intention to defend the claim. Control over and access to the BSV was therefore reliant on the defendant, who would have to implement the software that nChain would develop. There was no evidence as to how this would be managed, and if the defendant would be willing to undertake the task. This solution was therefore not viable.

Further, the court noted that the security was required by the defendants at the very moment, and there was no indication as to how soon the claimant would be able to access the BSV. The court consequently ruled that the impecuniosity condition was satisfied.

The court rejected the contention that the claimant was a nominal claimant, since it could not be said that it was incorporated purely for the purpose of bringing the claim at hand; especially since it had claimed to hold Bitcoin since 2011.

The court also rejected the argument on the enforcement avoidance condition, as the mere act of the claimant in continuing to hold digital assets (as it always had) could not be reasonably construed as taking a positive step to put its assets beyond the reach of creditors.

As to whether it was just to make the order, the claimant had failed to adduce evidence as to whether making the order would stifle the claim; and there was a further consideration of all the served defendants being private individuals residing outside the court’s jurisdiction.

The claimant put forth two core arguments to justify refusal of security:

The court ordered the provision of security for costs.

Application to provide security in the form of Bitcoin

The claimant sought to provide the security in the form of either Bitcoin Satoshi Vision or Bitcoin Core, by transferring the relevant cryptocurrency (together with a 10% ‘buffer’ to address concerns as to volatility) to its solicitors, who would give written confirmation to the court and the defendants that they held the Bitcoin. They would also give an undertaking that it could be used to satisfy any adverse costs order made against the claimant. The proposal also included a mechanism for topping up the value of the Bitcoin, if necessary, to the value of the security ordered plus the 10% buffer.

The claimant argued, citing Infinity Distribution Limited (in administration) v Khan Partnership LLP [2021] EWCA Civ 565, that payment via Bitcoin was the least onerous form of payment to the claimant because it did not have a UK bank account and converting Bitcoin into fiat currency would incur capital gains tax liabilities.

The court held that Bitcoin did not meet the criteria for payment of security set out in Monde Petroleum SA v Westernzagros Ltd [2015] 1 Lloyd’s Rep. 330. In particular, the Bitcoin would not result in protection for the defendants equal to a payment into court or first class guarantee. Further, the security would “expose [the defendants] to a risk to which they would not be exposed with the usual forms of security: namely a fall in value of Bitcoin, which could result in their security being effectively valueless”. The top-up provision did not fully meet the risk because, if the defendants did not comply with that obligation, there was a substantial risk that it could not be enforced before judgment in the jurisdiction applications. 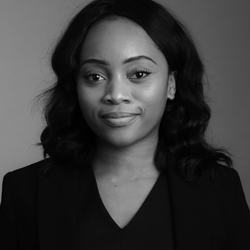