Adding to the run of recent cases involving fraud or theft of cryptoassets, the High Court has granted an order restraining “persons unknown” from dissipating NFTs allegedly stolen from the claimant’s cryptoasset wallet: Lavinia Deborah Osbourne v (1) Persons Unknown (2) Ozone [2022] EWHC 1021 (Comm). (The decision dates from March this year, but the transcript has only recently become publicly available.)

The court also made a Bankers Trust order against an NFT marketplace which hosted the wallets controlled by persons unknown to which the NFTs were transferred. The case therefore gives another example of the English court making such third party disclosure orders against cryptoasset marketplaces, even if they are located outside the jurisdiction, requiring them to provide information enabling a claimant to identify the recipients of their stolen cryptoassets.

In line with other recent authorities, the court found that there was a realistically arguable case that cryptoassets are to be treated as property under English law and that they are deemed to be located at the place where their owner is domiciled. In fact, there is now some debate as to whether the relevant test is domicile or residence (see the court’s obiter observations in the subsequent case of Tulip Trading Limited v Bitcoin Association for BSV [2022] EWHC 667 (Ch), considered here) but the distinction would not have mattered on the facts of this case.

An NFT is a “token” or cryptoasset which represents an object (eg art, music, collectibles, etc) and is stored on a blockchain. Unlike cryptocurrencies, these tokens are “non-fungible” because they are not replaceable or interchangeable with others of their kind. We have considered the concept, ownership and legality of NFTs here.

In the present case, the claimant created an account on a peer-to-peer NFT marketplace operated by the second defendant (Ozone), which was an American corporation with no connection to England. In February 2022, the claimant discovered that various NFTs representing digital artwork had been removed from her account without her knowledge or consent. The claimant traced the NFTs to two other accounts hosted by Ozone.

The claimant sought an injunction to restrict persons unknown from transferring the stolen NFTs. She also sought a Bankers Trust order against Ozone requiring it to provide information enabling identification of the entities controlling the wallets to which the NFTs had been transferred.

The High Court (HHJ Pelling QC) granted both orders sought by the claimant and granted permission to serve the proceedings on the defendants out of the jurisdiction.

Test for grant of an injunction

The court was satisfied that there was a serious issue to be tried concerning what amounted to theft of the claimant’s assets from her cryptoasset account. Damages would not be an adequate remedy for the claimant owing to the lack of information about the ability of persons unknown to satisfy an award for damages, coupled with the particular personal value of the NFTs to the claimant (beyond the monetary value of £4,000 stipulated in the proceedings). Damages would, on the other hand, be an adequate remedy for the defendants as the claimant offered a cross-undertaking in damages. The balance of convenience was in the claimant’s favour due to the real risk that assets would be transferred between accounts speedily, rendering them difficult to trace.

Service out of jurisdiction

The test for service out, as summarised in AK Investment CKSC v Kyrgyz Mobile Tel Ltd [2012] 1 WLR 1804, requires: (a) a serious issue to be tried; (b) a good arguable case that the claims satisfy one or more of the jurisdictional gateways set out in CPR Practice Direction 6B (PD 6B); and (c) that in all the circumstances England is clearly the most appropriate forum for the dispute to be heard.

As above, the court was satisfied that there was a serious issue to be tried between the parties. As to whether there was an applicable gateway, the court found that the strongest cause of action available to the claimant was that the relevant assets were held by persons unknown on a constructive trust for the claimant, as they had been stolen from her. The most relevant gateway was therefore gateway 15, which applies where

The court recognised that there would be an issue in the proceedings as to whether NFTs constitute property under English law but was satisfied that there was a realistically arguable case in this respect.

The court also considered the issue of where the tokens were to be treated as located at the time they were lost. Following the decision in Ion Science Ltd v Persons Unknown, unreported 21 December 2020, considered here, and on the assumption that NFTs are treated as property under English law, the court said that the assets should be treated as located at the place where their owner is “domiciled”, which in this case was in England.

The court was therefore satisfied that there was at least a realistically arguable case that gateway 15 applied.

On the basis that the claimant was located in England and English law treated the NFTs as having been removed from her in the jurisdiction, and in the absence of any information as to where the persons unknown were located, the court held that England was the appropriate forum.

HHJ Pelling QC applied AA v Persons Unknown [2019] EWHC 3556 (Comm), considered here, to grant the order in the terms sought by the claimant (it is unclear what these terms were). He considered the possibility that the persons unknown could be located in jurisdictions subject to the Hague Service Convention, in which case he needed to consider whether there were exceptional circumstances justifying departure from the Convention scheme.

He held that alternative service was appropriate to bring the injunction to the defendants’ attention expeditiously, as compared to the more leisurely methods of service permitted by the Hague Service Convention. The judge commented that this approach would not be appropriate in every case, but was appropriate where injunctive relief had been granted and therefore someone might be placed in contempt of court by failing to comply with the relevant order.

The court considered the distinction between Norwich Pharmacal and Bankers Trust orders and the test for the latter, and ruled on the appropriateness of serving Ozone out of the jurisdiction.

The claimant had advanced other causes of action including deceit and restitution. Since these claims are personal in nature, a disclosure order against a third party would need to be sought in the form of a Norwich Pharmacal order, in respect of which the courts had generally declined permission to serve proceedings out of the jurisdiction. This is in contrast with Bankers Trust orders (where the claimant asserts a proprietary right over the assets), for which the courts have recently begun permitting service out of the jurisdiction. It was therefore a Bankers Trust order that was sought in this case.

It is worth noting that the Civil Procedure Rule Committee has recently approved new jurisdiction gateways in PD 6B, including for Norwich Pharmacal and Bankers Trust applications. The changes are expected to come into effect in October 2022, and are considered further here.

First, the court was satisfied that there were good grounds for concluding that assets belonging to the claimant had been removed from her.

Second, there was held to be a real prospect that the information sought would lead to the location or preservation of the assets, as the wallets belonging to the persons unknown were considered to be controlled or administered by Ozone and Ozone was presumed to have the necessary “know your customer” information in respect of them.

Third, to ensure that the order would be no wider than necessary to trace the asset, the court limited the information to be disclosed by Ozone to the name, address, email addresses, and any other contact details of those in whose name the relevant wallets were maintained, or (if available) the ultimate beneficial owners of such accounts.

Fourth, the court addressed the balance between the claimant’s rights and privacy rights of others by allowing Ozone an express right to apply to vary or discharge the order within a fixed period, recognising that since this was a without notice application there may have been an insufficient appreciation of the potential infringement issues.

Service out of jurisdiction

As Ozone is incorporated in the United States of America with no presence in the English jurisdiction, the court considered whether to grant permission to serve the Bankers Trust claim under one of the gateways identified under PD 6B. It held that the claim fell within gateway 3, as Ozone was a necessary or proper party to the claims against the persons unknown.

The court hesitated as to whether England was the most appropriate forum, recognising that since Ozone had no presence in the jurisdiction there was a possibility it would not engage with the order and court’s powers of enforcement would be limited. However, it granted the order on the assumption that Ozone would wish to cooperate with the courts by providing information to allow the proceeds of the fraud to be traced. 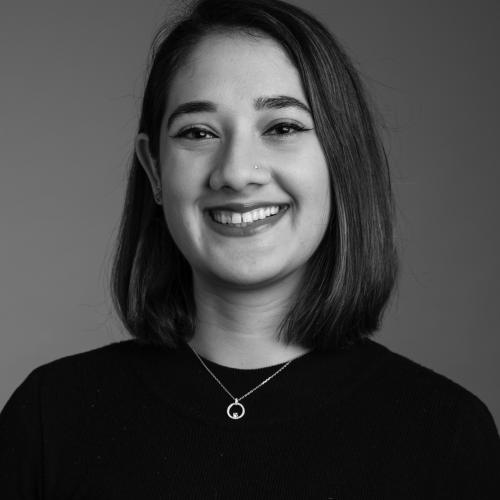