In relation to a claim for breach of warranty on a share sale, the Court of Appeal has upheld a High Court decision that the purchaser’s damages should not be reduced to reflect the fact that the risk of reputational damage as a result of the breach did not ultimately materialise: MDW Holdings Limited v James Robert Norvill, Jane Rosemary Norvill and Stephen John Norvill [2022] EWCA Civ 883.

The court indicated that it is generally inappropriate to reduce damages for a breach of warranty under a share purchase agreement (“SPA”) on the basis that a contingency that reduced the value of the shares as at the transaction date did not in fact occur. If it is ever appropriate to take account of post-SPA events in this way, it will be in situations where the purchaser would otherwise gain an unjustified “windfall”. The damages ordered in the present case therefore accounted for the fact that a purchaser would have paid less for the company if it had been aware of the risks of reputational damage posed by the defendants’ misconduct, despite the fact that, since the SPA, that damage had not actually occurred.

The decision applies the “breach date” rule, that damages for breach of contract are to be assessed as at the date of the breach (which, in a claim for breach of warranty on purchase of shares or a business, is usually the date of the SPA or the completion date). The court recognised that the position may be different for anticipatory breaches of contract, where subsequent events can be taken into account in considering what would have happened had the contract been performed, but said that had no application to a case of actual breach. A similar distinction was applied in Classic Maritime Inc v Limbungan Makmur SDN BHD [2019] EWCA Civ 1102, considered here.

The decision is also of interest as a reminder of the court’s approach to assessing damages for deceit. Whilst a claimant who would not have made a purchase but for the deceit will be entitled to (at least) the difference between the price paid for the property and its actual value, the same cannot be said for a claimant who would have continued with the purchase (albeit at a lower price) despite knowing the truth. In the latter scenario, damages are to be based on the difference between the price paid and the price that the claimant would have paid knowing the truth.

In 2015, the claimant (“MDW”) entered into an SPA with the defendants (“Norvill”) to purchase G.D. Environmental Services Limited (“GDE”). The SPA contained, inter alia, warranties given by Norvill as at completion relating to (for example) GDE’s compliance with certain laws and regulations and their possession of certain requisite consents.

The judge at first instance (Judge Keyser QC) found Norvill liable for breach of warranty and deceit. The judge applied the orthodox principle that damages for breach of warranty should be assessed by reference to the difference between the value of GDE on the basis that the warranties were true (the “Warranty True Value”) and the actual value of GDE given that the warranties were false (the “Warranty False Value”). The same measure was applied in relation to the assessment of damages for deceit.

In his calculation of the Warranty False Value, the first instance judge made a reduction to reflect reputational damage that the non-compliance with certain laws and regulations, if known, would have caused to GDE and/or the value of its business (thereby increasing the damages to be paid by Norvill). On appeal, Norvill challenged that reduction on the basis that the first instance judge should have considered events subsequent to the SPA which showed that GDE did not, in fact, suffer reputational damage.

It was common ground that damages fell to be assessed as at the date of the SPA, but Norvill argued that the judge should nonetheless have had regard to how matters had turned out. By failing to do so, Norvill said, the judge gave MDW an unjustified windfall which was inconsistent with the compensatory principle (as illustrated by, for example, by Bunge SA v Nidera BV [2015] UKSC 43, considered here).

The Court of Appeal rejected this argument. In general, a defendant cannot limit its liability for breach of warranty on a share sale by reference to later events showing that a contingency which (as at the date of the SPA) could have reduced the value of the shares did not eventuate. Subsequent events cannot affect the value of shares at the time they are sold. The court distinguished anticipatory contractual breaches, in the context of which the authorities suggest that it may be appropriate to consider events subsequent to the breach as part of an analysis of what would have happened had the breach not occurred.

Newey LJ indicated that, if it is ever appropriate in the context of a breach of warranty case to refer to subsequent events to consider whether a contingency occurred, this would be rare and would only apply in situations where the purchaser would otherwise gain an unjustified “windfall”. An increase in the value of the relevant shares since the date of the SPA is not sufficient to demonstrate a windfall, especially if the increase is the result of steps taken by the claimant after the purchase.

Therefore, the first instance judge was correct to disregard the fact that the reputational risks to GDE did not materialise. The Warranty False Value was still reduced as at the date of the SPA, as a purchaser that was aware of GDE’s non-compliance with laws and regulations would have reduced the price it would be willing to pay for the shares. In addition, there was good reason to think that the absence of reputational damage was attributable to efforts made by MDW. The reduction to the Warranty False Value therefore did not give MDW a “windfall”.

To determine how much higher GDE’s costs would have been had it complied with the applicable laws and regulations (which was part of the calculation of the Warranty False Value, on the basis that these increased costs would have caused a corresponding decrease to GDE’s profits and so lowered GDE’s value), the first instance judge did refer to post-SPA events. Norvill argued that it was inconsistent for the first instance judge to refer to post-SPA events in this context but not refer to them to establish that reputational damages did not materialise. The Court of Appeal found that there was no such inconsistency. Referring to post-SPA events to cast light on events that had happened by the time of the SPA (ie the reduction in GDE’s costs due to its non-compliance with laws and regulations) was legitimate, and was distinct from referring to post-SPA events to determine whether a contingency at the time of the SPA materialised afterwards.

The Court of Appeal affirmed the orthodox principle that tortious damages must put the claimant in the position it would have been in had it not suffered the relevant wrong.

The court recognised that where a claimant has been induced by deceit to purchase an asset that it would not otherwise have purchased, damages will equate to no less than the difference between the price paid and the actual value of the property. (If the claimant has suffered consequential losses, a higher figure may be payable.) If, however, in the absence of deceit the claimant would have proceeded with the purchase (albeit at a lower price), the orthodox principle requires damages to be measured by reference to the difference between the price paid and the price which the purchaser would have paid had it known the truth. 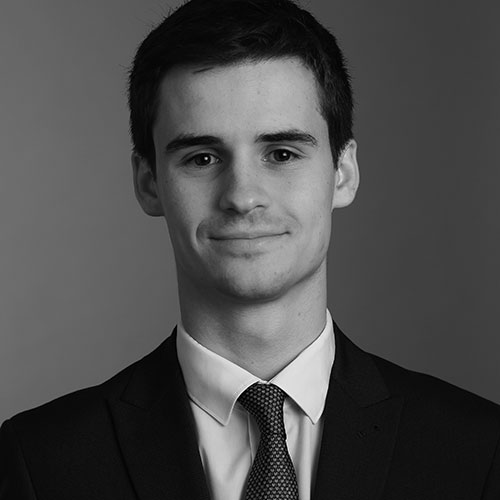