The Court of Appeal has held, by a majority, that a shipowner was not entitled to rely on a force majeure clause in a shipping contract where its charterer’s parent company became subject to US sanctions: MUR Shipping BV v RTI Ltd [2022] EWCA Civ 1406.

The decision turned on the wording of the force majeure clause, which required that the force majeure event could not be “overcome by reasonable endeavors” on the part of the affected party. The High Court had held that, in exercising reasonable endeavours, the shipowner was not obliged to accept anything other than contractual performance (see our post on that decision).

The Court of Appeal disagreed, finding that the clause required the shipowner to accept a proposal involving payment in an alternative currency, which did not extend to full contractual performance, but which achieved precisely the same result as it: (i) fulfilled the underlying purpose of the relevant obligation; and (ii) caused no detriment to the shipowner. However, it was clear that, had these criteria not been met, the shipowner would have been entitled to rely on the force majeure clause.

The court emphasised that each case will turn on the drafting of the relevant clause as applied to the factual matrix. Parties must therefore be cautious in seeking to rely on previous decisions regarding the interpretation of a force majeure clause.

Our post on the decision of Jacobs J in the Commercial Court (linked above) sets out the background of the case in greater detail. Briefly, however, in June 2016 the shipowners (the “Owners”) contracted with the charterers (the “Charterers”) to carry monthly shipments of bauxite from Guinea to Ukraine, with payment to be made in US dollars.

The contract provided that neither party would be liable for loss, damage, delay or failure in performance caused by a “Force Majeure Event”, defined as an event or state of affairs which met various criteria including: “d) It cannot be overcome by reasonable endeavors from the Party affected”.

On 6 April 2018, the Charterer’s parent company became subject to US sanctions, with the consequence of prospective difficulties and delays for payments in US dollars. The Owners relied on this as a Force Majeure Event. As an alternative solution, the Charterers offered to make payment in euros, which could be immediately converted to dollars by the Owners’ bank. They also agreed to bear any additional costs or exchange rate losses (the “Proposal”). The Owners rejected the Proposal, insisting on their right to payment in dollars.

The Charterers brought a claim in arbitration for the additional costs incurred in making alternative shipping arrangements. The arbitration tribunal gave an Award in favour of the Charterers. It held that, applying the terms of the force majeure clause, the event could have been “overcome by reasonable endeavors” from the Owners, ie by accepting the Proposal.

The Owners appealed to the High Court on a question of law under section 69 of the Arbitration Act 1996 – namely whether reasonable endeavours extended to accepting payment in a non-contractual currency. Jacobs J allowed the appeal, finding that the obligation to use reasonable endeavours to overcome the Force Majeure Event did not mean the Owners were obliged to accept payment in euros. However, he granted the Charterers permission to appeal limited solely to this issue.

The Court of Appeal allowed the appeal by a majority (Males LJ giving the lead judgment, with Newey LJ giving a brief concurring judgment).

Males LJ emphasised that the appeal was concerned with the specific terms of the force majeure clause in this case, and not with reasonable endeavours or force majeure clauses in general. Each clause will always need to be considered on its own terms.

In doing so, Males LJ rejected the submissions made by both parties’ counsel. On one hand, the Charterers had argued that the only question that mattered was whether the Owners had acted reasonably, and the arbitrators had found that they had not. Males LJ found that the no matter how reasonable a party’s endeavours may be, they are irrelevant if they do not overcome the force majeure event of state affairs. He also rejected arguments based on parallels with the legal principles of mitigation of damage and frustration, which may require a party to accept alternative performance.

On the other hand, the Owners had argued that, absent any contrary indication in the clause, a reasonable endeavours obligation does not require a party to accept non-contractual performance, in accordance with the principle that a party is not to be taken to give up its legal rights without clear words to that effect (the “Gilbert-Ash” principle, after Gilbert-Ash (Northern) Ltd v Modern Engineering (Bristol) Ltd [1974] AC 689). Males LJ found that the question was not whether the Owners were being required to abandon or vary a contractual right, but whether accepting the Proposal would overcome the state of affairs resulting from the Force Majeure Event. If so then, under the clause, it could not rely on force majeure.

Males LJ (and Newey LJ in his concurring judgment) focused on the question of whether, under the clause, the state of affairs in question could only be “overcome” if payment was made in US dollars. They rejected this as too narrow an approach to the construction of the clause. Terms such as “state of affairs” and “overcome” are broad, non-technical terms and the clause should be applied in a common sense way – in this case meaning that a state of affairs is overcome if its adverse consequences are completely avoided.

Citing the arbitrators’ findings, Males LJ concluded that the Proposal would have achieved precisely the same result as contractual performance (ie the Owners receiving the right amount of dollars at the right time) and the Owners would have suffered no damage. The position would be different where there was detriment or an outcome which did not achieve the purpose underlying the parties’ obligations as the force majeure would not have been “overcome”.

In his dissenting judgment, Arnold LJ agreed that the Owners would not have suffered any detriment in accepting the Proposal but considered that an offer of non-contractual performance would not “overcome” the event or state of affairs. This could only have been the case where there were clear express words requiring acceptance of non-contractual performance, in accordance with the Gilbert-Ash principle. 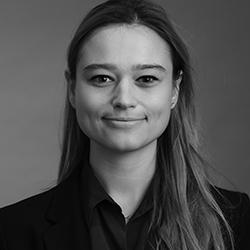