A second edition of our text on class actions in England and Wales, co-authored by Herbert Smith Freehills lawyers, has been published in the UK by Sweet & Maxwell. It has been edited by Damian Grave, Maura McIntosh and Gregg Rowan and co-authored, in addition, by partners Greig Anderson, Neil Blake, Simon Clarke, Julian Copeman, Kim Dietzel, Harry Edwards, Rupert Lewis, Andrew Taggart, Howard Watson, Alan Watts and Stephen Wisking.

In the foreword, the Master of the Rolls, the Right Honourable Sir Geoffrey Vos, describes the book as a “detailed and practical guide to class actions” which “will continue to be of the highest value because it addresses the broader contextual background within which class actions are now being brought in England and Wales”. He further congratulates the authors on “making an important textbook into a seminal one”. 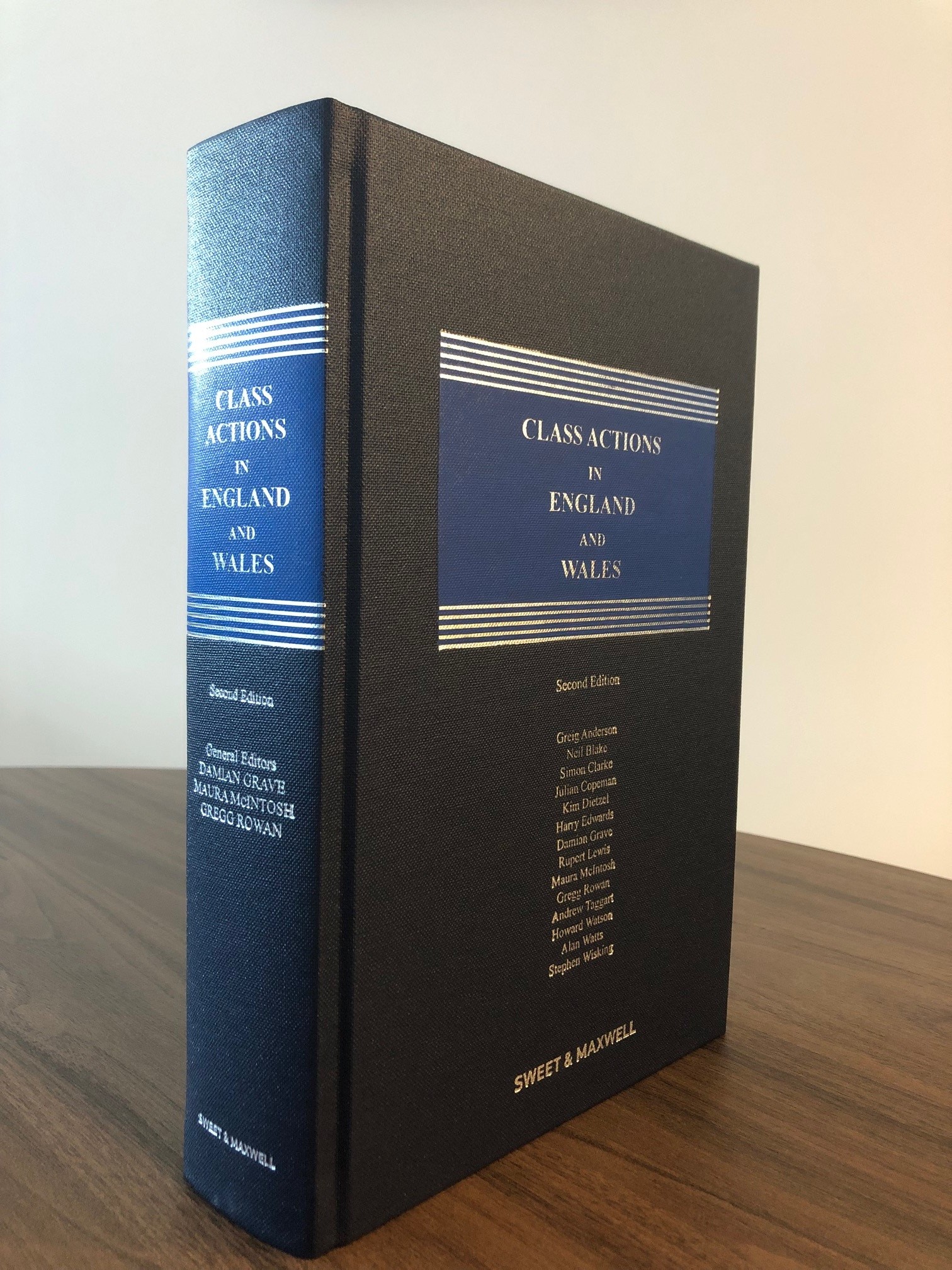 Class actions have become an increasingly significant area of law and procedure for our clients, with growing numbers of high-value and high-profile claims being brought by large groups of claimants. Class Actions in England and Wales will provide a comprehensive and invaluable source of practical guidance for those looking to bring or defend class action litigation in the courts of England and Wales.

The work takes the reader through the life cycle of a class action claim, focusing in particular on the Group Litigation Order procedure as well as the opt-out mechanism for bringing competition claims in the Competition Appeal Tribunal and also discussing representative actions under CPR Part 19.

The second edition of the text has been fully updated to reflect significant decisions and developments affecting class actions since the first edition was published in 2018. It has also been expanded to include four entirely new chapters on important topics for class action litigation: data protection claims, product liability, insurance and employment. Chapters focusing on shareholder/securities claims, environmental/human right claims and competition claims have been retained and updated from the first edition.