Disclosure: High Court directs party to identify which current and ex-employees have been asked for/given consent to search for documents on their personal devices

A recent High Court decision illustrates the extent of the court’s powers where potentially relevant documents are contained on the personal devices or email accounts of current or ex-employees and the employment relationship is governed by foreign law: The Republic of Mozambique v Credit Suisse International and Others [2022] EWHC 3054 (Comm).

The court’s jurisdiction to order disclosure under both Part 31 of the Civil Procedure Rules and under Practice Direction (PD) 57AD (previously the Disclosure Pilot under PD 51U) extends to documents within the “control” of the parties to the litigation. As the judge in this case noted, under English law, a court will readily find that a party has control over documents contained on personal email accounts or devices of a current or former employee or office holder who used those email accounts or devices routinely to receive and send electronic communications for the party in question.

If the relationship between the party and third party is governed by foreign law, expert evidence may establish that no such right, and therefore no control, exists as a matter of foreign law. However, in the absence of evidence to the contrary, the judge is generally entitled to assume that the relevant foreign law is the same as English law. As the judge in the present case noted, any other approach could mean that foreign law evidence regarding the existence of control became routine in international or cross border litigation, given the increase in the use of personal devices and email accounts to make business communications in recent years – with obvious cost implications.

The present decision shows that, where the question of control is still to be determined, the court can nonetheless order a party to identify which current or former employees it has asked for consent to search for and disclose documents on their personal email accounts or devices, and the extent to which consent has been given. This is an exercise in case management, to avoid troubling non-parties to litigation with duplicate requests and incurring unnecessary costs.

The decision also acts as a reminder that, where such consent has been requested and given, the documents will be in the party’s “control” for the purposes of disclosure, even if under the relevant foreign law there would have been no such control in the absence of consent.

The underlying dispute involved allegations of bribery and corruption relating to the financing of transactions to facilitate the development of a tuna fishing fleet and related maintenance infrastructure in the Republic of Mozambique.

The first defendant’s position was that the Republic conducted a large proportion of its electronic communications through its officials using personal devices or email accounts. It applied for two orders:

If those two orders were made, the first defendant indicated it would apply for a third order requiring the Republic to request consent to secure access to relevant documents on personal email accounts and devices from those individuals to whom requests had not already been made (similar to the orders made in Phones 4U Ltd v EE Ltd [2021] EWCA Civ 116 (considered here).

The Republic argued that the court had no jurisdiction to make either of the orders sought, relying in particular on Various Airfinance Leasing Companies v Saudi Arabian Airlines Corporation [2021] EWHC 2904 (considered here).

The High Court (Robin Knowles J) granted the first order (ie to identify individuals from whom consent had already been sought) and the second order in part (ie the Republic would have to identify which individuals had given consent but not, for the others, whether consent had been refused or no response given).

First, the judge noted that the court’s jurisdiction to order disclosure under PD 51U turns on whether a party has “control” of a document. This is defined to include possession, or a right to possession, or a right to inspect or take copies. A “right to possession” has a relatively broad meaning: it is not confined to a strict legal right but also covers circumstances where there is an existing arrangement or understanding, the effect of which is that the party from whom disclosure is sought has in practice free access to the documents of the third party (see Ardila Investments v ENRC [2015] EWHC 3761 (Comm)).

Where the party to litigation is a company, institution or state and the applicable law of the relevant relationship between the party and non-party is English law, and the non-party is an employee or ex-employee or office holder who used personal email accounts and devices routinely to receive and send electronic communications for the party, the court will readily find the party has “control” in the form of a right to possession or to inspect or take copies of documents, as against the non-party.

Where the relationship between a party and non-party is governed by foreign law, the factual position may be different and the party may not have control. That was the conclusion reached in Airfinance Leasing, where the judge was not satisfied that, under Saudi Arabian law, the party had a right to take possession of or to inspect documents held on current or ex-employees’ phones. And if there was no control there was no jurisdiction, including to require the party to request the documents from the employees.

However, in Airfinance Leasing, the judge appeared to go further and conclude that where there was no expert evidence of foreign law the court could not assume that there was a right of access. Robin Knowles J disagreed: unless there is good reason to think that the applicable foreign law is different in a material respect from English law, then in the absence of evidence to the contrary the court is entitled to assume that the position under that law is the same as under English law (see FS Cairo (Nile Plaza) LLC v Lady Brownlie [2021] UKSC 45, considered here).

Accordingly, Airfinance Leasing did not mean the court had no jurisdiction to make the orders sought in the present case. The Republic could contend that under Mozambique law specifically there is no control, and therefore no jurisdiction, by adducing evidence to that effect.

However, before directing such evidence, the cost of which could be considerable, obtaining answers to the questions in the orders sought would “help illuminate what would and would not be just and proportionate in dealing with the litigation”.

CPR 3.1(2)(m) confers a broad discretion on the court, allowing it to “take any other step or make any other order for the purpose of managing the case and furthering the overriding objective”. Robin Knowles J found that the first order requested could be justified under this rule, such that it was not necessary to determine at this stage whether the Republic had control of the documents as a matter of Mozambique law. Simply put, if the first defendant repeated a request to a non-party that had already been made by the Republic, that would drive costs up unnecessarily which would be contrary to the overriding objective.

The first defendant was therefore entitled to the first order, ie that the Republic identify each individual from the list from whom it had already sought consent to search their personal email accounts or devices. Where consent had been sought and given, then control was sufficiently established for the purposes of disclosure – even if, as a matter of Mozambique law, the Republic would not have had control of the documents in the absence of such consent. Accordingly, the first defendant was also entitled to part of the second order, in that it was entitled to know which individuals had given their consent. (This differed from the form of order originally sought as, where consent had not been given, the first defendant was not entitled to know whether consent had been refused or no response had been received.)

To the extent that consent had not been given by particular individuals on the list, if the first defendant wished to pursue the third order (requiring the Republic to request consent) or any other appropriate order, the judge indicated that he would expect to give directions as to expert evidence of Mozambique law and any relevant factual evidence to enable the applications to be dealt with as efficiently as possible. 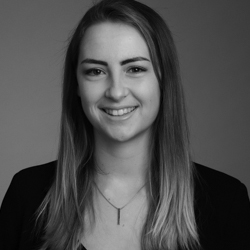