In a claim for payment of a debt in respect of the provision of services, the Court of Appeal has held that time started to run from the date the work was done, not from the contractually agreed deadline for payment. While the agreed time for payment was a procedural bar to the creditor seeking to enforce its claim before that date, this did not postpone the date the cause of action accrued, at which point time started to run. The result was that the claim was time-barred, as it was issued more than six years after the work was done: Consulting Concepts International Inc v Consumer Protection Association (Saudi Arabia) [2022] EWCA Civ 1699.

The decision is a helpful reminder that time may start to run for limitation purposes as soon as the relevant services are provided and not merely when an invoice is issued or payment is due. It is a question of construction whether the terms of the agreement produce a different result. Where an agreement contains a requirement eg for the service provider to issue an invoice, the critical question will be whether that requirement is a condition precedent to the right to payment arising (such that time only begins to run when it is satisfied) or merely a condition precedent to the right to bring proceedings for payment (in respect of which time will already have started to run).

Service providers should ensure their contract terms are clear as to when the right to payment arises, and therefore when time begins to run for limitation purposes. If there is any doubt when they need to bring a claim for payment, they should assume the clock started as soon as the work was done.

In June 2013, the claimant (CCI) and the defendant (CPA) entered into an agreement for CCI to provide services to CPA for asthma research. The agreement provided that all invoices submitted by CCI were to be paid within 90 days by CPA. On 27 December 2019, CCI issued a claim against CPA seeking payment of multiple invoices. All of the invoices were submitted before 27 December 2013, ie six years before the date on which the claim was commenced, and all related to services provided before that date. For all but one invoice, the 90-day payment period expired after that date.

In response to CCI’s claim for payment, CPA applied for an order striking out the claim on the basis that it was time-barred. The limitation period in which a party may make a claim for breach of contract is six years from the date of the breach (unless one of the exceptions in the Limitation Act 1980 applies).

At first instance, Jacobs J agreed with CPA that the cause of action accrued when the services were completed. Therefore, the claim was time-barred and should be struck out. CCI appealed against that decision.

The Court of Appeal dismissed CCI’s appeal and upheld the order striking out the claim. In doing so, the court referred to Coburn v Colledge [1897] 1 QB 702 in which it was held that the cause of action for a claim for a solicitor’s fees arose as soon as the work was completed. In that case, Lord Esher MR set out the basic principle that, in the absence of a special term of the agreement to the contrary, a service provider’s right to payment arises as soon as the work is done.

CCI argued that the principle in Coburn only applied where the contracting parties had not, in the contract, stipulated a time or deadline for payment. Where they do so, CCI argued, the cause of action does not accrue until that time has passed.

The court rejected this submission. It said that no such qualification arose in Coburn and there was no principled legal basis for the introduction of such a qualification. As to whether the position may be varied by the terms of the agreement, that would be a matter of construction of the contract. An example was the case of Henry Boot Ltd v Alstom Ltd [2005] EWCA Civ 814 in which the right to payment (and thus the cause of action) was contingent upon a third party’s certification of the value of the work done. Until the certification took place, the cause of action had not accrued and time had not started to run.

The Court of Appeal pointed out that, if it were to accept CCI’s argument that the cause of action accrued only on the deadline for payment, CCI could, in theory, have indefinitely postponed the limitation period by not submitting an invoice. That would be an uncommercial interpretation.

When considering whether a contract term effectively disapplies the Coburn principle, the Court of Appeal held, agreeing with Jacobs J at first instance, that the key distinction was between terms which are conditions precedent to the right to payment arising and terms which merely limit a creditor’s right to bring an action to enforce an entitlement to payment. The latter are procedural hurdles that do not delay time starting to run for the purposes of limitation. For example, in a case such as this which afforded the debtor 90 days to pay, the cause of action arose when the services were completed. If the creditor commenced proceedings within the 90 days seeking to enforce payment, the debtor would have a defence to that claim, but that did not change the fact that the cause of action had already accrued. 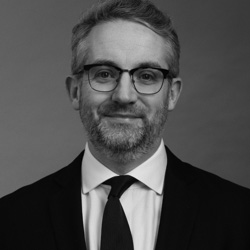