On 3 March 2020, in what was a much simpler time, the Regulator launched the first stage of its two-part consultation on a revised Code of Practice on funding defined benefit (DB) schemes. This sets out eight key principles that will underpin the new Code and confirms the Regulator’s plan to introduce a new twin-track regulatory approach to DB funding.

These principles and the new twin-track regime build upon the changes to the scheme funding legislation contained in the Pension Schemes Bill. In particular, the requirement for schemes to put in place a long-term funding and investment strategy and for technical provisions to be set by reference to this.

For some schemes, the new approach may have a limited impact. For others, the new regime could lead to higher deficit contributions, lower risk investment strategies and sponsors having to pay lower dividends. However, it is unknown to what extent the Regulator will need to revise its approach in light of the economic impact of COVID-19 on the UK.

What is the Regulator trying to achieve?

The clear implication from the consultation paper is that, generally speaking, the Regulator wants deficits to be cleared more quickly and to ensure that most schemes reach a point of low risk and low sponsor dependency within the next 15 to 20 years. The Regulator plans to achieve this by setting prescribed requirements which schemes will have to meet or justify why they do not.

By implementing a twin-track approach, the Regulator can simultaneously maintain the flexibility in the scheme specific funding regime for those schemes that need it whilst herding as many schemes as possible towards a low risk, low dependency future.

The consultation paper outlines eight core principles which the Regulator proposes should underpin the new Code. These principles supplement the legislative changes contained in the Pension Schemes Bill and are summarised below.

A key theme in the consultation is an expectation that trustees and sponsors should be able to demonstrate that they understand their scheme-specific funding and investment risks and objectively evidence how these risks are being managed. As part of this, trustees will be required to compare the risks they are taking with a tolerated risk position (as prescribed by the Regulator) and then demonstrate the mitigation and/or support that is in place to justify any deviation.

The central feature of the proposed new Code is an expectation that schemes should have low dependency on their sponsor and be invested with high resilience to risk by the time they are “significantly mature”. The stated goal here is to ensure that schemes manage their run-off phase effectively and efficiently in order to increase the likelihood of member benefits being paid in full without placing undue demands on the employer during this period.

The consultation indicates that liability duration will be used to determine when a scheme reaches significant maturity, with the Regulator indicating that most schemes will reach this point within the next 15 to 20 years.

In most cases, trustees will need to agree the long term funding and investment targets with their sponsor. This will need to reflect the intended end-game for the scheme, be it buy out, consolidation or self-sufficiency.

The Regulator expects schemes to develop a journey plan to achieve their long-term objective, with any funding shortfall being made up through affordable contributions and appropriate risk-taking. Significantly, a scheme’s technical provisions will need to be clearly and explicitly linked to the scheme’s long term objective and they will need to be ratcheted up over time to ensure that the scheme hits its long-term funding target.

The actual investment strategy and asset allocation of schemes should be broadly aligned with the scheme’s funding strategy. Whilst the Regulator acknowledges its role is not to direct how trustees should invest, it makes clear that it expects the level of investment risk to decrease as a scheme matures. Furthermore, when a scheme reaches significant maturity, its asset allocation should have high resilience to risk, a high level of liquidity and a high average credit quality.

The Regulator says that schemes should assume a reducing level of reliance on the employer covenant over time, depending on its visibility. According to the Regulator covenant visibility is limited to three to five years (sometimes less) for most schemes.

When carrying out valuations, schemes can account for additional support (such as contingent security) provided that:

The Regulator reaffirms the principle that deficits should be recovered as soon as affordability allows, while minimising any adverse impact on the sustainable growth of the employer. Whilst this is not new, the Regulator is planning to set prescribed limits on recovery plan lengths for schemes that want to make use of the fast track approach (this could be as short as three to five years for schemes with strong sponsors). Any deviation from the prescribed limits will need to be justified via the bespoke approval route.

Under the new regime, the Regulator plans to set out quantitative parameters for schemes to meet covering matters such as recovery plan length, low dependency discount rates, investment risk and the shape of a scheme’s journey plan.

If a scheme satisfies all of the prescribe parameters it will be assessed via the fast-track route and the trustees can expect minimal regulatory involvement. However, if a scheme fails to meet one or more of these metrics (by design or because it is unable to do so), the scheme will be assessed via the bespoke route and the trustees will need to justify the approach adopted to the Regulator.

The consultation outlines four criteria by reference to which a bespoke valuation will be assessed:

Prior to the current economic crisis, the Regulator anticipated that most smaller schemes would be able to follow the fast track route. However, that position may change and/or the Regulator may be forced to review some of its proposed quantitative parameters in light of the economic reality that many companies and schemes are now facing.

The Regulator’s proposed approach for the new funding Code combined with the new funding requirements contained in the Pension Schemes Bill represent the most significant change to the funding regime for DB schemes since the regime was introduced in 2005. They are consistent with the tougher approach being taken by the Regulator over the past few years.

However, the big question now is to what extent the Regulator will have to refine its approach in light of the sudden and unforeseen economic uncertainty brought on by COVID-19. At the very least, it is likely that the spread of COVID-19 and the resulting economic, social and political impact will lead to a further delay in the Code being finalised and coming into force. It could also force the Regulator to soften its tone towards sponsors and allow more time than it had planned for deficits to be cleared (even for stronger employers).

An early indication of this may be given in the Regulator’s 2020 annual funding statement which is due to be issued after Easter.

The consultation is due to close on 2 June 2020 and the revised Code and supporting legislation are currently still expected to come into force by the end of 2021. However, this timetable may have to be pushed back. The second consultation, planned for later this year, will focus on the contents of the draft Code itself, including the proposed fast track parameters, as well as providing details of how the revised Code will be enforced. 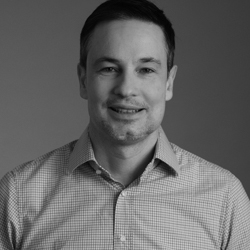