The judgment in the 2nd instalment of the GMP equalisation litigation involving Lloyds Banking Group’s defined benefit (DB) pension schemes, has been handed down today (Friday, 20 November 2020). The judgment confirms that trustees of DB schemes that provide Guaranteed Minimum Pensions (GMPs) are required to revisit and, where necessary, top-up historic cash equivalent transfer values (CETVs) that have been calculated on an unequalised basis.

This is another landmark ruling which is likely to affect every DB scheme in the UK that provides GMPs accrued between 17 May 1990 and 5 April 1997. It means that trustees of such schemes are required to revisit cash equivalent transfer values paid to former members and make a top-up payment where a member has not been paid their full entitlement.

Trustees of affected schemes should already be taking steps to equalise the benefits of male and female members who are still in their scheme, following the ruling in the first judgment (in October 2018). These GMP equalisation projects will now need to be extended to include historic cash equivalent transfer payments. Trustees will also need to consider the implications of the judgment on past transfer payments made by way of a bulk transfer from their scheme and individual transfers made under the rules of their scheme (as opposed to under the CETV legislation).

What are trustees’ obliged to do?

In respect of individual transfer payments made pursuant to the CETV legislation, Morgan J held that:

The judge considered whether the Trustee’s obligations were limited or otherwise discharged by the discharge provisions in the CETV legislation, specific discharge forms signed by the transferring members, the Schemes’ forfeiture provisions or the Limitation Act 1980. He concluded that they were not.

The judgment also reaffirmed the fact that, as well as there being an obligation on the trustees of a transferring scheme to revisit and, where necessary, top-up historic CETV payments, there is a concurrent obligation on the trustees of a receiving scheme (where that scheme is a DB occupational pension scheme) to equalise the benefits of transferred-in members. Morgan J, left open the question of whether a similar obligation arises where the receiving scheme is a different type of scheme, such as a DC occupational pension scheme or a personal pension plan.

What should trustees do now?

Trustees of schemes that provide GMPs accrued between 17 May 1990 and 5 April 1997 should already be taking steps to equalise the benefits of male and female members who are still in their scheme, following the ruling in the first Lloyds judgment. These GMP equalisation projects will now need to be extended to include historic cash equivalent transfer payments paid out of the scheme. The need to revisit past bulk transfers and individual transfers made under the rules of a scheme will also need to be considered in light of this judgment.

Trustees of receiving schemes will also need to take action to equalise the benefits payable to members in respect of historic transfer payments received by their scheme, where those benefits are inadequate due to the effect of GMPs accrued under the transferring scheme.

This decision is likely to have implications beyond GMP equalisation as many of the principles also apply where a transfer payment turns out to be inadequate for some other reason, such as a mathematical error, where trustees have incorrectly interpreted the rules of the scheme or where they have made a mistake as to the facts of a particular case.

In particular, the fact that Morgan J held that the Trustee could not rely upon any statutory, rule-based or contractual discharge and that claims are not time-barred could have much wider implications, as it means that trustees may not benefit from any kind of discharge or limitation defence in other circumstances where transfers subsequently turn out to have been calculated incorrectly.  Much may depend on the reason for the error. 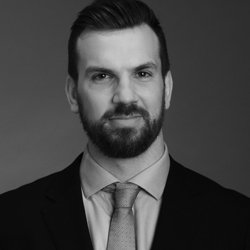