In its recent judgment in R (on the application of KBR, Inc) v Director of the Serious Fraud Office [2021] UKSC 2, the Supreme Court unanimously held that the information gathering powers granted to the Serious Fraud Office (SFO) under section 2(3) of the Criminal Justice Act 1987 (CJA 1987) did not have extraterritorial effect, and could not be used to compel an overseas company to produce information and documents to the SFO, even where that information relates to an investigation into a UK subsidiary.

As well as the direct effect of the ruling on the SFO’s powers, this judgment contains some much-needed commentary on the circumstances in which disclosure laws may have extra-territorial effect. The judgment will therefore be relevant to overseas sponsors of UK pension schemes and other overseas entities who hold information that may be relevant to a regulatory investigation conducted by, or a request for information received from, the Pensions Regulator (TPR) where that information is held outside of the UK.

The case related to a notice issued under section 2(3) CJA 1987 that was served on KBR, Inc (an American company that had never carried on business in the UK) regarding the SFO’s investigation into potential bribery by Unaoil, a Monaco-based oil company, in relation to international projects involving (among other parties) KBR’s UK subsidiary, Kellogg Brown and Root Ltd. Section 2(3) allows the Director of the SFO to compel the production of specified documents that relate to an investigation, with a criminal penalty of up to six months for any person who fails to comply without reasonable excuse.

KBR, Inc appealed on multiple grounds to the High Court, who dismissed its appeal on all grounds. KBR subsequently appealed to the Supreme Court, which granted leave to appeal on one of these grounds (that the notice was served ultra vires since section 2(3) of the CJA 1987 does not have extraterritorial effect).

The judgment begins by discussing the presumption against extra-territorial effect in legislation, citing Lord Bingham in R (Al-Skeini) v Secretary of State for Defence [2007] UKHL 26, a case regarding the Human Rights Act 1998:

“In the absence of an intention clearly expressed or to be inferred either from its language, or from the object or subject matter or history of the enactment, the presumption is that Parliament does not design its statutes to operate [on its subjects] beyond the territorial limits of the United Kingdom.”

The judgment then discusses whether this presumption is rebutted by the language of the statute, i.e. whether Parliament intended to confer on the SFO the power to compel a foreign company to produce documents held abroad, as part of a criminal investigation being conducted in the UK. The judgment noted that a number of other legislative provisions (e.g. section 12 of the Bribery Act 2010) expressly state that they are intended to have extra-territorial effect, while section 2(3) of the CJA 1987 does not.

The Supreme Court held that even when extra-territorial effect is not written into the legislation, an extra-territorial effect can be implied into legislation by the public interest in the aim of the legislation as reflected by international instruments (an example given in the judgment is the OECD Anti-Bribery Convention, a multilateral agreement which (among other things) provides a framework for signatory countries to share information between national authorities around suspected acts of bribery). However, this depends on:

On both of these points, the judgment found that there is nothing in the committee report on UK fraud reform on which the 1987 Act was based (the Roskill Report) that might give extra-territorial effect to section 2(3). On the contrary, the report emphasised the importance of establishing reciprocal arrangements with other jurisdictions for obtaining evidence from abroad, noting that the level of sophistication of the system for international co-operation in criminal matters meant that Parliament cannot have intended the SFO to have the ability to issue its demands to foreign companies directly:

“It is to my mind inherently improbable that Parliament should have refined this machinery [of international co-operation] as it did, while intending to leave in place a parallel system for obtaining evidence from abroad which could operate on the unilateral demand of the SFO, without any recourse to the courts or authorities of the State where the evidence was located and without the protection of any of the safeguards put in place under the scheme of mutual legal assistance.”

What does this mean for pension schemes and sponsors?

It is likely that this judgment will have implications for the extra-territorial use of TPR’s information gathering powers; for example, its powers under section 72 of the Pensions Act 2004 (PA 2004). Like section 2(3) of the CJA 1987, section 72 gives TPR the power to require any person (including scheme sponsors, advisers, and administrators) to provide specified documents or other information as set out in the notice. These requests can have very tight deadlines and be resource intensive and costly to respond to. TPR can also require a person to furnish it with an explanation of any document or information specified in the notice. In addition, under section 77 of the PA 2004, a person who, without reasonable excuse, neglects or refuses to provide information or produce a document when required to do so under section 72 of the PA 2004 is guilty of a criminal offence and may be fined on conviction.

In addition, the Pension Schemes Act 2021 grants TPR new information-gathering powers, which are due to come into force in Autumn this year, such as the power to issue a notice requiring a person to attend an interview and provide explanations on matters specified in the notice. Like section 72 PA 2004, this new power has criminal sanctions if the relevant person fails to abide by the terms of the notice.

There is no explicit extra-territorial reach for any of these information gathering powers. Therefore, where, for example, a recipient of a section 72 notice is not based in the UK and may hold information relevant to TPR, the guidance in this case may be relevant to the question of whether the recipient is required to comply with the request, particularly once the Regulator’s new criminal sanctions come into force – since the UK already has a sophisticated system for co-operation agreements in relation to information sharing in criminal matters (eg through the Criminal Justice (International Co-operation) Act 1990 or the Crime (International Co-operation Act) 2003). The argument upheld by the Supreme Court in this case could apply to information sought by TPR for which non-compliance leads to criminal penalties; and so a similar challenge could be made against the extra-territorial use of TPR’s information gathering powers.

TPR is aware of and actively uses international reciprocal arrangements for enforcement already; most recently, it announced on 20 March 2021 that it had successfully co-operated with the police to extradite a pension fraud suspect from Spain under a European Arrest Warrant issued by Westminster Magistrates’ Court. Where necessary, we would expect TPR to use similar avenues of co-operation in relation to its information gathering efforts, where such mechanisms are available.

Despite the potential relevance of this case to TPR’s information gathering powers for criminal investigations, it will not necessarily apply in the same way to TPR’s civil offences regime. However, scheme stakeholders should note that where TPR has a choice of issuing a notice in the UK or overseas in respect of the same information, we would expect TPR to use its powers against UK entities in the first instance wherever possible.

If you wish to discuss how this judgment may impact your scheme or organisation please contact one of our specialists below or speak to your usual Herbert Smith Freehills’ contact. 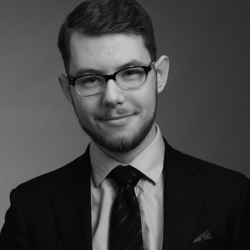 Codes of practice given revamp by Regulator