The government is planning to make significant changes to the UK’s pensions notifiable events regime. The changes are designed to ensure the Pensions Regulator is given advanced notice of material corporate transactions and financing arrangements which may impact a defined benefit (DB) pension scheme.

Draft regulations (which are subject to consultation) have been published which contain measures that would:

Corporate sponsors of DB schemes and corporate groups with such schemes as well as their directors, acquirers, such as private equity firms, and lenders could all be impacted by these changes which are due to come into force on 6 April 2022.

Concerns have been raised about the uncertainty surrounding the triggers for these new notification requirements, which will occur, for example, where an employer with a DB scheme makes a “decision in principle” to sell a material proportion of its business or assets (or a controlling company makes such a decision) or to grant or extend relevant security by an employer over its assets. Additional notification requirements will also be triggered when the “main terms” of such transactions have been “proposed”.

Although the government has indicated the Regulator will publish guidance to help corporates identify when a notification obligation arises, if this ambiguity remains, difficult judgment calls will need to be made about when a duty to notify arises once these regulations come into force. This is of particular concern given that a failure to notify by an individual or company without a reasonable excuse, could attract a fine of up to £1 million. A failure to notify could also be taken into account by the Regulator when it is deciding whether the new criminal offences of causing a material detriment to a DB scheme or avoiding a section 75 debt have been committed.

It is common for companies to engage with the trustees of DB schemes (and, where appropriate, the Pensions Regulator) in relation to most corporate transactions and major re-financing. However, in many instances, it is likely they will need to do so at a much earlier stage once these new requirements are in force. This could raise confidentiality concerns. It could also impact transaction timetables and the approach corporates take to relevant transactions and the granting of relevant security.

The Pensions Regulator has a statutory objective to protect members’ benefits and to reduce the risk of claims on the Pension Protection Fund (PPF) – to help achieve this, the notifiable events framework was introduced in April 2005 to give the Regulator early warning of events which may affect a DB scheme and/or a corporate sponsor and which might therefore pose a threat to members’ benefits and/or lead to a call on the PPF.

In it’s 2018 consultation, Protecting Defined Benefit Pension Schemes – A Stronger Pensions Regulator, the government proposed extending the notifiable events framework and introducing earlier notification obligations, prompting significant concern about the effect on legitimate corporate and financing activity. In it’s response, the Government confirmed its intention to extend the regime by introducing new employer-related notifiable events and introducing a new duty for appropriate persons to give notices and statements to the Regulator (and trustees) around certain corporate events as the negotiations proceeded. The legislation to underpin this latter duty was included in the Pension Schemes Act 2021 as a new s.69A Pensions Act 2004.

The two new notifiable events contained in the draft regulations are a decision in principle by an employer with a DB scheme:

The existing notifiable event relating to the relinquishing of control of a DB scheme employer is also being amended to bring forward the timing of the relevant notification so that, in future, it will arise when there is:

The regulations will also remove the existing wrongful trading notifiable event, as it is not considered to be effective, given that a director is unlikely to admit voluntarily that a company has been trading wrongfully.

Sale of a material part of a business or assets

Where more than one transaction takes place within a 12 month period, the impact of previous transactions will need to be taken into account in assessing whether the 25% threshold is exceeded. While the policy intention is the early notification of potential reduction in covenant support, the proposal does not cover all material reductions in such support – for example, a return of capital to shareholders would not be caught by this new notification requirement.

The second new notifiable event will arise where an employer, or one or more of its subsidiaries, intends to grant relevant security comprising more than 25% of either the employer’s consolidated revenues or gross assets.

“Relevant security” will include both fixed and floating charges over assets of the employer or wider employer group, and all-asset floating charges which give the charge-holder the right to appoint an administrator. It specifically excludes the refinancing of an existing debt (except where this entails the granting of the types of security referred to above), security for chattels or financing for company vehicles.

When has a “decision in principle” been made?

An area of significant concern with the draft regulations is the ambiguity that surrounds the trigger events for the new (and amended) notification requirements. In particular, the draft Regulations state that a “decision in principle” means “a decision prior to any negotiations or agreements being entered into with another party”. The consultation paper states this is intended to be the point at which an employer has made a decision to proceed, but has not negotiated specific terms or drawn up the contract. While this may be clear in some cases, in many instances this definition is likely to create significant uncertainty around whether a notification obligation has arisen and, if so, when. It is also unclear from the draft regulations what happens where a decision in principle is not made until after negotiations have begun. This uncertainty is unsatisfactory particularly as a failure to notify by corporates or directors will, from 1 October 2021, attract a fine of up to £1 million.

The regulations also fail to address concerns about requiring companies to disclose confidential, and potentially market-sensitive information, at such an early stage of a transaction.

As well as introducing new notifiable events at the outset of a material corporate transaction or financing arrangement, the draft regulations will also introduce additional notification obligations which will apply as the negotiations unfold. In particular, employers will be required to notify the Regulator and their DB scheme’s trustees when “the main terms have been proposed” in relation to:

Once again, it is unclear when the “main terms” will be deemed to have been agreed in the context of a relevant transaction. Although the Regulator’s guidance may shed some light on this any uncertainty will cause concern among DB sponsors and related group companies, directors, lenders and other related parties given the penalties that can be imposed where there is a failure to notify.

Employers will also be required to notify the Regulator and their scheme’s trustees about any “material change” to any of the notifiable events listed above, or in the expected effects of them, or if such an event will no longer take place. The draft Regulations define “material change” non-exhaustively as covering “a change in the proposed main terms” or “a change in steps taken to mitigate any adverse effect of the event”. Once again, these definitions are vague and will create significant uncertainty. These new requirements are also likely to mean that companies will be required to make multiple notifications to the Regulator and their scheme’s trustees in relation to the same transaction. Furthermore, a revised “accompanying statement” will have to be provided as part of a material change notification.

The draft Regulations indicate the so-called “accompanying statement” which must be provided as part of a notification once the main terms of a transaction have been proposed (and alongside any subsequent material change notification) will need to contain the following information:

Who is required to notify?

The duty to give notice to the Regulator will apply to the relevant employer where a decision in principle has been made to sell a material part of a business or assets, grant relevant security or relinquish control of a DB scheme sponsor.

In contrast, the duty to notify the Regulator and the trustees once the main terms of any such transaction has been proposed (or about any material change or that the transaction is not going ahead) will apply to a scheme employer and any person “connected” with or an “associate” of the employer, as defined in the Insolvency Act 1986. These definitions are broad and can include directors, parent companies, other group companies and potentially investors. Such parties will need to be alive to the circumstances in which the new notification requirements could apply to them particularly given the significant financial penalties that could be imposed where they do not fulfil their notification obligations.

The consultation period runs from 8 September 2021 until 27 October 2021. The DWP is aiming to publish the government’s response within by late January 2022 with a view to the new provisions coming into force on 6 April 2022.

It has been clear for some time that the government intended to extend the existing notification requirements on material corporate transactions and in relation to the granting of security which ranks ahead of a DB scheme in order to give the Regulator and trustees advanced warning of such activities in the hope they can secure a better outcome for the scheme (where necessary). These plans have been held up by the difficulty of prescribing when the notification requirements would arise and uncertainty over how to deal with confidentiality concerns (for example, in the context of a takeover covered by the Takeover Code). Unfortunately, the draft regulations do not dispel either of these concerns.

In the absence of significant improvements being made to the final regulations, it is likely that directors of companies (and related group companies) that are selling or acquiring an interest in a company which participates in a DB scheme (or part of its business or assets) or granting relevant security will have some difficult judgments to make about whether a duty to notify has arisen and, if so, when.

When viewed in the context of the new pensions criminal offences and regulatory sanctions these new and extended notification obligations take on even greater significance and they may, in practice, have a greater impact on how corporates approach relevant transactions than the new offences and sanctions themselves.

If you would like to discuss how these proposals may impact your scheme or organisation please speak to your usual Herbert Smith Freehills’ adviser or contact one of our specialists. 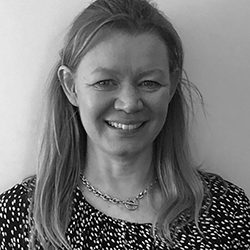 Pensions Legislative and Regulatory Changes in force from 1 October 2021