The Pension Protection Fund (PPF) has announced that it plans to significantly reduce the amount it expects to collect through the PPF levy from 2023/24 onwards. This follows a review by the PPF of its Long-Term Funding Strategy. In light of its strong financial position, driven by strong investment performance and changes in the risk profile of the PPF universe, the PPF has announced it is entering a new phase in its funding journey – which it calls the “maturing” phase. The PPF has also concluded that it is now able to move to charging a significantly lower levy without risking its ability to pay compensation and that its focus in this next phase of its journey will shift from building to maintaining its financial resilience.

Alongside this, the PPF is also seeking views on proposals for how the design of the levy should change in future to reflect the PPF’s strong funding position and the changes in risk profile of schemes in the PPF universe. This includes proposals to make the levy simpler, give the PPF Board greater flexibility over the rate of the levy it charges from year to year and reduce the weight given to the risk of employer insolvency in calculating a scheme’s risk-based levy.

Following its Funding Review, the PPF has concluded that it is moving out of the “growth” phase, where new claims drive a rapid growth in liabilities, into what it calls the “maturing” phase where the impact of new liabilities reduces, and the PPF’s liabilities stabilise.

During this phase, and in light of the PPF’s current strong funding position, the PPF intends to pursue a revised funding objective of “Maintaining [its] Financial Resilience”.

As of 31 March 2022, the PPF had reserves of £11.7 billion. This means its funding is close to what it expects to need to meet its own “financial resilience test”, which is met where the PPF’s reserves are considered to be sufficient to provide a high level of confidence of being able to pay compensation to both current and future members in full without relying on investment returns or the levy.

Given the PPF’s financial position, it is proposing to take active steps to reduce the levy it charges eligible schemes. The PPF recognises that its funding position relative to its financial resilience test may vary from year to year.  However, its central expectation is that on balance and over time its funding will improve further. Given this, the PPF believes it is appropriate to significantly reduce the rate at which it collects the levy, while at the same time ensuring it can charge a higher levy in the future if needed.

Scheme funding has improved over the past 12 months and, as a result, the PPF’s current exposure to claims has declined. Given that the PPF’s current level of reserves is close to what it expects to need to meet its financial resilience test and a lower expectation for future claims, the PPF is proposing to reduce the levy it expects to charge in 2023/24 to £200 million, compared to a targeted collection of £390 million for 2022/23. It expects that the levy will reduce further in future years.

The PPF is proposing to reduce the sensitivity of the levy to insolvency risk by adjusting the levy rates that are applied for each levy band with the intention of limiting volatility if a sponsoring employer moves one levy band. Following the principles that schemes posing more risk pay a higher levy, the levy rates rise for each of the ten bands. For bands 1 to 4, increases are relatively limited. However, for bands 5 to 10, the differences in levy rates between neighbouring bands are more material. The PPF is proposing to halve the relative increases between each levy band, altering levy rates for bands 2-10. The proposed reduction in levy rates will reduce levies by around £60 million.

The limit on increases introduced last year to support schemes whose levies would otherwise increase significantly as a result of employers, that remain viable, seeing downgrades in insolvency risk scores due to the impact of Covid-19 will not be continued.

Future design of the levy

The PPF believes that the levy should evolve in future in response to changes in the PPF universe and the fact it expects to collect a lower levy moving forwards. In light of this, the PPF has outlined four design principles which it believes should help shape the future design of the levy:

To support further reductions in the levy in the future, the PPF is working with the DWP to explore legislative change so that the PPF has the ability, in the unlikely event it is needed, to raise the levy again more freely. The PPF has also started to engage with stakeholders on how to turn its broad design principles for a new levy into more detailed plans.

The fact the PPF is able to start reducing the levy that it charges eligible schemes will come as a welcome relief for most DB schemes and sponsors at a time when there are cost pressures on all sides. The PPF Board may have been able to go further in reducing the levy if it was not restricted in the amount by which it can increase the levy from year to year (which is currently capped at 25% of the previous year’s levy). This highlights the need for the levy to be reformed so that it remains fit for purpose as the PPF moves into the next stage of its journey.

If you would like to discuss how the proposed changes to the PPF levy might impact your scheme or organisation, please speak to your usual HSF adviser or contact one of our specialists. 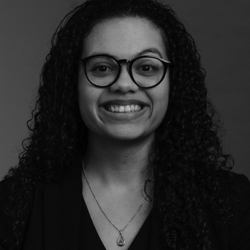 New long-term funding requirements for DB schemes – Are they fit for purpose?