Challenge to lockdown regulations heard by the Court of Appeal – Judgment

The Court of Appeal today handed down its judgment in respect of the proceedings brought by Simon Dolan and others (“the Appellants”) seeking to challenge the lockdown measures introduced in England in March 2020 via the Health Protection (Coronavirus, Restrictions) (England) Regulations 2020 (SI 2020/350) following the outbreak of COVID-19 (see our earlier post regarding this challenge here, and the judgment here).

Although as the Court said the proceedings were now academic, it considered that it was in the public interest to have the issues determined rather than left for potential argument in defence to criminal proceedings, and bearing in mind that the Government was continuing to use the powers at issue.

Accordingly, the Court granted the Appellants permission to bring their claim for judicial review but only in respect of their argument that the Government had no power to make the lockdown regulations under the legislation on which they were relying (the Public Health (Control of Disease) Act 1984, as amended by the Health and Social Care Act 2008). However, the Court held that this legislation did indeed give the Government the ability to make a public health response such as the lockdown in the context of a widespread epidemic.

The Court refused the Appellants’ permission to appeal against the Administrative Court’s decision on their other grounds, which included: that the Secretary of State fettered his discretion and failed to take into account relevant considerations when considering easing the lockdown; and that the Regulations were unlawful because they breached human rights and were contrary to section 6(1) of the Human Rights Act 1998. In considering that these grounds were not properly arguable, the Court emphasised the wide degree of latitude that the Government must have for decision-making in respect of public health.

The Court also gave a general caution against treating judicial reviews as evolving or “rolling” proceedings, and parties filing “excessively long” pleadings. It also criticised the Appellants for taking two months to start their claim, rather than very promptly following the making of the Regulations in March 2020. 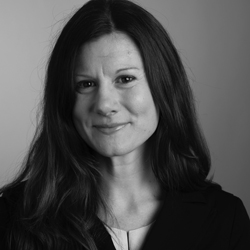