With the increase of global commerce, it also becomes increasingly important to provide for effective and quick dispute resolution mechanisms across state borders. A number of developments in international law recognise this trend and seek to address it. These developments include:

On a national level, following its success in positioning itself as a leading arbitration hub in Asia, Singapore is seeking to become the provide a forum for court-based commercial dispute resolution both within and beyond Asia.

Singapore is currently in the process of establishing the Singapore International Commercial Court (“SICC”) – a division of the Singapore High Court, where parties can make submissions on any law, where foreign lawyers may appear, and where foreign judges, as well as Singaporean judges, may be appointed to hear cases.

It is intended that the SICC will deal with three categories of cases, being where:

Decisions of the SICC will be able to be appealed to the Singapore Court of Appeal, subject to any prior agreement between the parties to limit or vary the scope of appeal, and may be enforced in other jurisdictions through reciprocal enforcement provisions, or through a common law action on the judgment debt. Enforceability of SICC judgments may be enhanced if Singapore were to accede to the Hague Convention on Choice of Courts, which is yet to come into force. (Singapore has joined the Hague Conference on Private International Law as a member in April 2014.)

The SICC will, in practice, offer parties something of a hybrid between international arbitration and cross-border litigation. Singapore hopes that the SICC will remedy certain limitations of international arbitration, for example, in the context of multi-party disputes where the coercive jurisdiction of the court may be necessary, and where the subject matter of the dispute is not amenable to arbitration. The certainty offered by a court bound by precedent may attract certain parties, as will the ability to appeal judgments to the respected Singapore Court of Appeal. However, all SICC matters will result in a Singaporean court judgment, rather than an arbitral award, with enforcement thus limited to countries with whom Singapore has an enforcement treaty. The attractiveness of the SICC to parties over international arbitration may therefore be limited to the extent to which parties can be confident any judgment in their favour will be enforceable in jurisdictions where the disputants have assets.

Perhaps most importantly, at present, there is no obligation to commence proceedings in any particular Australian court – provided that the relevant court has jurisdiction in the circumstances, it is possible for litigants to commence proceedings relating to international disputes in the Federal Court or one of the six State Supreme Courts as they see fit. In particular in the context of international commercial arbitration and the interpretation of the Model Law and the New York Convention (which have been incorporated into Australian Law), there is no consistency in approach of the Federal and State Courts.

Chief Justice James Allsop Chief Justice of the Federal Court, announced on 3 November 2014 a new National Court Framework which will include the allocation and management of the court’s workload according to eight practice areas. One of those practice areas is commercial and company law, a sub-division of which is international commercial arbitration. Only judges who have demonstrated an interest in the area will be allocated cases that require specific expertise. Some State Courts already operate similar systems for allocating international arbitration cases.

As Australia increases its global connections through regional free trade agreements and, possibly, the Trans-Pacific Partnership, the Australian legal system faces the challenge of how it can maintain its position as a leading common law jurisdiction.

There is much to be done on this front. The Standing Council on Law and Justice of the Attorney-General’s Department engaged in a project to harmonise jurisdictional, choice of court and choice of law rules across Australia.5 That project, as well as the reform of international contract law, are important steps towards opening up our legal system and making it relevant to a globalising world. In particular, Australia needs to consider whether or not to ratify the The Hague Convention of 30 June 2005 on Choice of Court Agreements and its engagement with the Judgments Project of the Hague Conference on Private International Law (dealing with the international jurisdiction of courts and the recognition and enforcement of their judgments abroad). Both of these would beimportant steps towards securing Australia’s place in the region as a reliable and efficient common law jurisdiction.

For information regarding possible implications for your business, please contact Donald Robertson. 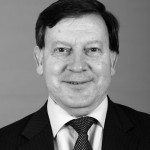