Iran files case against the USA before the ICJ

In a press release published on 15 June 2016 (available here), the International Court of Justice ("ICJ") announced that Iran has instituted proceedings against the USA, in respect of alleged violations under the 1955 US-Iran Treaty of Amity, Economic Relations and Consular Rights (the "Treaty").

Notably, Iran's application concerns allegations that the US, through measures taken under its national law, has subjected assets and interests of Iran and Iranian entities, including the Iranian Central Bank ("Bank Markazi"),  to enforcement in the US in violation of immunities and other principles of international law that are upheld under the Treaty.

This case is likely to put the spotlight on the legality of the wide-ranging unilateral sanctions measures that have been and continue to be imposed by the US against Iran, notwithstanding the recent relaxation in January 2016 (see our previous blog post here), as well as questions of extra-territoriality and immunity under international law more generally.

As the basis for the jurisdiction of the ICJ, Iran invokes Article XXI(2) of the Treaty which states: “Any dispute between the High Contracting Parties as to the interpretation or application of the present Treaty, not satisfactorily adjusted by diplomacy, shall be submitted to the [ICJ], unless the High Contracting Parties agree to settlement by some other pacific means.”

In its application Iran claims that the US has adopted a number of legislative and executive acts that have the practical effect of subjecting the assets and interests of Iran and Iranian entities to enforcement proceedings in the US, including where such assets or interests “are found to be held by separate juridical entities…that are not party to the judgment on liability in respect of which enforcement is sought”, and/or “are held by Iran or Iranian entities…and benefit from immunities from enforcement proceedings as a matter of international law, and as required by the [1955] Treaty”.

Specifically, it is alleged that US courts “have repeatedly dismissed attempts by Bank Markazi to rely on the immunities to which such property is entitled” under US law and the Treaty. Iran further maintains that “the assets of Iranian financial institutions and other Iranian companies have already been seized, or are in the process of being seized and transferred, or at risk of being seized and transferred, in a number of proceedings”.

(a) failure to recognise the separate juridical status (including the separate legal personality) of all Iranian companies, including Bank Markazi;

(c) failure to accord to such entities and their property the most constant protection and security;

(d) expropriation of the property of such entities;

(e) failure to accord to such entities freedom of access to the US courts, including the abrogation of the immunities to which Iran and Iranian State-owned companies, and their property, are entitled under customary international law and the Treaty;

(f) failure to respect the right of such entities to acquire and dispose of property;

(g) application of restrictions to such entities on the making of payments and other transfers of funds to or from the USA; and

(h) interference with the freedom of commerce.

The application also seeks an order and declaration from the ICJ that, inter alia, (i) the USA ensure that no steps be taken based on the executive, legislative and judicial acts at issue, to the extent that such acts are incompatible with the Treaty; (ii) Iran and Iranian State-owned companies are entitled to immunity from the jurisdiction of the US courts, and in respect of enforcement proceedings in the USA; (iii) the USA and US courts respect the juridical status (including the separate legal personality), and ensure freedom of access to the US courts, of all Iranian companies, including State-owned companies such as Bank Markazi.

Iran also seeks reparations from the USA for these alleged violations "in an amount to be determined at a subsequent stage of the proceedings".

This application is an interesting development in the long and complex history of Iran-US legal relations.

The focus of the case appears to be the effect under international law of the US sanctions regime against Iran. Although so-called "secondary" sanctions were largely suspended following Implementation Day, the US continues to impose wide-ranging "primary" measures against Iran, applicable to US persons and transactions with a US nexus. It may also consider questions of the general legality of unilateral measures, including those with extra-territorial effect,  as well as the approach of the US courts to questions of sovereign immunity. The dispute has been brought under the 1955 Treaty which contains a provision agreeing to submit disputes to the jurisdiction of the ICJ. Accordingly, the ICJ's jurisdiction, if upheld, will be limited to matters arising under the Treaty, and in particular its "interpretation or application". As such, the Court may not have jurisdiction over wider questions of alleged violations of international law that do not fall to be considered within the context of the Treaty.

Press sources are linking the application to an April 2016 decision of the US Supreme Court, which held that US$ 2 billion in Bank Markazi funds, frozen in the US, could be used to satisfy default judgments in relation to Iran's involvement in foreign terrorist activities. It may also reflect frustration at what Iran perceives as the slow progress since Implementation Day, as many investors and financial institutions continue to be wary about doing business in Iran given the persistence of US primary sanctions. 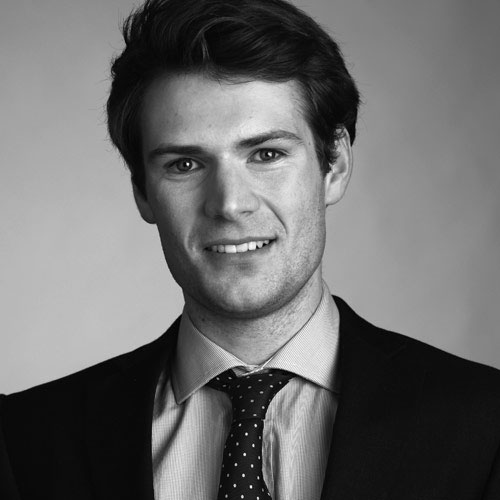