In a recent decision handed down on 31 May 2016, the majority in a United States Court of Appeals sitting in Washington DC reversed a decision by the US District Court that had denied enforcement of an arbitral award against the Czech Republic. In Diag Human Se v Czech Republic, the US District Court for the District of Columbia had dismissed Dian Human's enforcement petition on the grounds of lack of subject matter jurisdiction, finding that the Czech Republic had not waived its immunity under the Foreign Sovereign Immunities Act (FSIA). Upon appeal, by majority, the Court of Appeals held that arbitration exception to the FSIA applied, so that lower court had subject matter jurisdiction. The lower court's decision was reversed and remanded for further proceedings.

A question mark still hangs over the enforcement of the 2008 award (the Award) in the US, as there remains a dispute between the parties as to whether the Award is final.

As described in our previous blog Diag Human and the Czech Ministry of Health agreed to ad hoc arbitration under the Czech Arbitration Act 1994 of claims by Diag Human that the actions of a senior Czech official had crippled its business activities in the Czech Republic.

Two-element approach: (i) basis on which a US court may enforce a foreign arbitral award; and (ii) absence of sovereign immunity

In its opinion, the Court of Appeals cited the two conditions set down in Creighton v. Qatar to establish jurisdiction to enforce an award against a foreign sovereign: "First, there must be a basis upon which a court in the United States may enforce a foreign arbitral award; and second, [the foreign sovereign] must not enjoy sovereign immunity from such an enforcement action.”(Creighton Ltd. v. Government of the State of Qatar, 181 F.3d 118, 121 (D.C. Cir. 1999)).

In applying these two conditions, the majority panel accepted the submissions advanced by Diag Human and held that the company can seek enforcement of its approximate $325 million award against the Czech Republic.

The Court of Appeals considered the immunity point first.

i. Absence of sovereign immunity

The arbitration exception under the FSIA provides in relevant part that: "a foreign state shall not be immune from the jurisdiction of courts of the United States… in any case… in which the action is brought… to enforce an agreement made by the foreign state with or for the benefit of a private party to submit to arbitration any or all differences which have arisen or which might arise between the parties with respect to a defined legal relationship, whether contractual or not, … if … the agreement or award is or may be governed by a treaty or other international agreement in force for the United States calling for the recognition and enforcement of arbitral awards…" (emphasis added).

The Court of Appeals found that there was a defined legal relationship between the parties, referring to the 1990 Framework Agreement (described in our blog here). Referring particularly to the element of the agreement which explicitly contemplated the extent of the parties' reciprocal obligations, the Court of Appeals concluded that "[t]he relatively informal arrangement of the Framework Agreement [was] enough to establish a "legal relationship" of the kind necessary for the FSIA's arbitration exception to apply."

The Court of Appeals also found that the Award may be governed by a treaty or other international agreement – in this case, the New York Convention. Under the Federal Arbitration Act "[a]n arbitration agreement or arbitral award arising out of a legal relationship, whether contractual or not, which is considered as commercial, including a transaction, contract, or agreement […] falls under the Convention." (9 U.S.C. §202). On the basis that a legal relationship existed, the Court of Appeals further concluded that a commercial relationship existed, and the word commercial refers to "matters or relationships, whether contractual or not, that arise out of or in connection with commerce." (Belize Soc. Dev. Ltd. v. Belize, 794 F.3d 99, 104 (D.C. Cir. 2015)). The decision points that "provision of healthcare technology and medical services has an obvious connection to commerce."

The Czech Republic was thus not entitled to sovereign immunity in respect of the enforcement of the Award.

ii. Basis for a US Court to enforce an arbitral award

The dissent was based not on the majority's legal analysis so much as its application to the facts.  Senior Circuit Judge David Sentelle took the position that the Court of Appeals should not re-visit the fact-finding of the District Court. Further, he found that there was no error in the District Court’s finding that there was no "legal relationship" for the purposes of the FSIA, concluding that "any legal relationship between Diag Human and the Czech Republic ended before the present dispute."

This decision underlines how important it is for parties to think carefully about the terms of any agreement and way in which they establish and document their relationships. There was very little doubt in the majority’s view that a legal relationship existed, despite the District Court having previous identified no legal relationship. There were two different interpretations but based on the same facts.

The majority refrained from deciding whether the Award was final or not (it made no comments on the dispute over the review of the Award which is still ongoing). Nevertheless, the Court of Appeals' decision is favourable to Diag Human on the issue of subject matter jurisdiction and provides supportive guidance as to the viewpoint taken by higher courts in the United States to finding subject matter jurisdiction in relation to arbitrations which may fall under a treaty or international agreement.

The decision in Diag Human has already been cited by the US Court of Appeals for the District of Columbia, in upholding the District Court's enforcement of a $19 million award against Belize. Relying in part on Diag Human, the Court of Appeals in Belize (Belize Bank Limited v. Government of Belize, (D.C. Cir. 2016)) ruled that federal courts have jurisdiction to confirm international arbitration awards that arise from a commercial transaction. In this case, noting the absence of a definition of "commercial" in the New York Convention, the Court of Appeals gave the word "commercial" its established meaning as a term of art in its field, finding that "[i]n the field of international arbitration, 'commercial' refers to 'matters or relationships, whether contractual or not, that arise out of or in connection with commerce'…(quoting Restatement (Third) of U.S. Law of Int'l Comm. Arbitration § 1-1 (2012)". Whilst the US federal courts could take a different approach, any application of the term "commercial" will in each case be fact-specific. 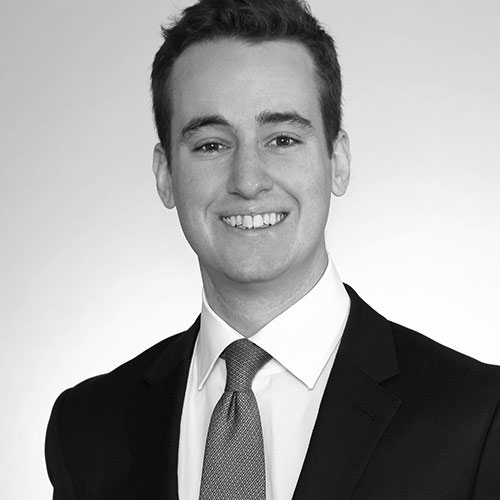