A law on immunity from enforcement in France

The 'Law on Transparency, Anti-corruption Measures and the Modernisation of the Economy' presented by Michel Sapin, Minister for the Economy and Finance, to the Council of Ministers on 30 March 2016, known as the « Sapin II » law, has finally been approved by the French National Assembly on 8 November 2016, after undergoing two examinations by each of the French Parliament's chambers. The law is currently being reviewed by the Conseil Constitutionel to confirm its constitutionality (from which it is unlikely to emerge unscathed), and is expected to enter into force by the end of 2017.

Besides making other important reforms in a number of areas, this law will affect the enforcement of foreign decisions and arbitral awards rendered against States. The intervention of the legislator has been considered necessary especially with regard to the recent variations of French case law on this issue, which have been considered by the Government as a potential risk for French diplomatic relations. Thus, the « Sapin II » law seeks to clarify the protection of the property of foreign States situated in France.

Article 59 of the law introduces three new provisions in the Code of Civil Enforcement Procedures which will read as follows:

« Article L.111-1-1. – Provisional or enforcement measures cannot be applied to the property of a foreign State unless there is prior authorisation by a judge in an order issued upon request.

Article L.111-1-2. – Provisional or enforcement measures concerning a property belonging to a foreign State cannot be authorised by a judge unless one of the following conditions is satisfied:

1° The State concerned has expressly consented to the application of such measure;

2° The State concerned has reserved or affected this property to the satisfaction of the claim which is the purpose of the proceedings;

3° When a judgment or an arbitral award has been rendered against the State concerned and the property at issue is specifically in use or intended to be used by the State concerned for other than government non-commercial purposes and is linked to the entity against which the proceedings are initiated.

For the application of point 3°, the following property is in particular considered as property specifically used or intended to be used by the State for government non-commercial purposes :

b)property of a military character or properties used or intended to be used in the performance of military functions;

c)property forming part of the cultural heritage of the State or part of its archives and not placed or intended to be placed on sale;

d)property forming part of an exhibition of objects of scientific, cultural or historical interest and not placed or intended to be placed on sale;

e)tax or social debts of the State.

Article L.111-1-3. – Provisional or enforcement measures cannot be taken on the property, including bank accounts, used or intended to be used for the exercise of functions of diplomatic missions of the foreign States or their consular posts, special missions, or their missions to international organizations unless there is an express and special waiver [of immunity] by the States concerned.[1] »

According to the above, no provisional or enforcement measures could be taken against a foreign State’s property in France without prior authorisation by a judge.  This contrasts with the position under normal circumstances, where for provisional and enforcement measures on « ordinary » property, prior authorization from the judge is not required when there is a judgment or an arbitral award

Moreover, this provision contrasts with previous case law which did not subject the seizure of State property to prior authorisation by the judge where the claimant could avail itself of a judgment or an arbitral award. During the parliamentary discussions on this law, this requirement was justified by the complex verification exercise that needs to be carried out in relation to whether the property of foreign States may or may not be seized, either because of its nature or because the State concerned has waived its immunity from enforcement.

The identification of State property that is immune from enforcement is facilitated by the list included in the new law for property in use or intended to be used by the State concerned for government non-commercial purposes.  This list broadly follows article 21 of the United Nations Convention on Jurisdictional Immunities of States and their Property of 2004 which has not yet entered into force, but is considered by French case law as part of customary international law.

Another significant development resulting from the « Sapin II » law is the attempt to clarify the position under French law on the necessity of a waiver from immunity in a so-called "specific" manner.  The position on this issue has been subject to change in recent case law. In 2011, the French Supreme Court ruled that the diplomatic missions of foreign States enjoy « an autonomous immunity from execution which can only be waived in an express and specific manner » (Civ. 1re, 28 September 2011, n°09-72057) meaning that as well as a general waiver of immunity, language waiving immunity in relation to specific assets against which enforcement was sought was also required to be included. In 2013, the French Supreme Court extended the requirement for an « express and specific » waiver beyond the property of diplomatic missions to any property of a foreign State in France used or intended to be used for government purposes (Civ. 1re, 28 March 2013, n°11-13323).

However, in 2015, the French Supreme Court decided that waiver of immunity from enforcement need only be express, and not also specific (Civ. 1re, 13 May 2015, n°13-17751), with respect to bank accounts of diplomatic missions of the State.

Now, in 2016, the « Sapin II » law has been introduced in an attempt to clarify the situation.  While the precise implementation of this provision remains to be seen, the intention seems to be to re-establish the approach adopted in 2011, at least to a certain extent.  The law retains a general exemption from immunity in respect of situations where the State has "expressly consented" to provisional or enforcement measures being taken. This corresponds to article L.111-1-2 1°).  The fact that article L.111-1-2 3) lists certain categories of property in relation to the commercial purposes exception, but not in relation to the exception of "express consent", suggests that a general waiver would seem to apply to all State property, including property used or intended to be used for government purposes.

Moreover, the language of the article L.111-1-3 creates a specific regime for property used or intended to be used for diplomatic, consular or special missions of foreign states, or of their missions to international organisations, by requiring, for this category of property, not only an express but also a specific waiver of immunity.

In other words, the implication from these provisions appears to be that where the property at issue is used or intended to be used by the State concerned for government non-commercial purposes, and is one of a listed type of property to which immunity commonly applies (e.g. military assets and the State's cultural heritage), enforcement should be possible with a general waiver, whereas enforcement of diplomatic and consular property will be available only with a specific waiver by the State over this category of property.  However, room would seem to remain for judicial interpretation.

Finally, article 60 of the « Sapin II » law provides special rules in order to avoid the seizure of the property of foreign States in France by investment funds holding debt securities that have been purchased at discounted value or in other circumstances of distress against economically vulnerable States. The scope of the provision is limited to debt securities against States which were recipients of the official development assistance of the OECD when the security was issued. In addition, this provision will only apply to debt securities acquired while the State was in default or had proposed the modification of their terms. In any case, it applies to debt securities acquired after the entry into force of this law.

The new law will have an important impact for any entities contracting with States, who should be aware of its provisions and ensure that waiver provisions are drafted mindful of its provisions.  It will also have a particular impact upon creditors of States seeking to enforce an arbitral award or a judgment against foreign State property in France. According to these new provisions, any enforcement proceedings against foreign State property in France on the basis of a foreign judgment or an arbitral award will be more difficult than it used to be because a prior authorisation of a French judge will be the starting point of the proceedings whereas this was not necessarily the case in the past.  Moreover, should enforcement be sought against State property used or intended to be issued for its diplomatic or consular mission, the creditor will likely need to show that the State has expressly and specifically waived its immunity from enforcement. 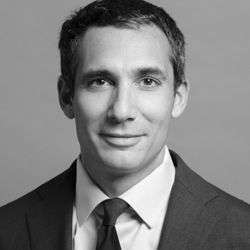