In an opinion issued on 21 December 2016, EU Advocate General Eleanor Sharpston QC has concluded that the EU-Singapore Free Trade Agreement (EUSFTA) will need to be finalised by the European Union and the Member States acting jointly, i.e. entered into by the EU and all of its Member States (as a so-called "mixed agreement"), not just by the EU alone. Although the opinion does not bind the CJEU, the court tends to follow the approach adopted by the Advocate General. The CJEU is expected to issue its own judgment in 2017.

The AG's opinion notes that "the EUSFTA forms part of a new generation of trade and investment agreements negotiated or in the course of negotiation by the European Union and trade partners in other regions of the world. The agreement is not a ‘homogeneous agreement’: it does not cover one particular area or subject matter nor does it pursue a single objective. It seeks to achieve, in particular, liberalisation of trade and investment and guarantees certain standards of protection in a manner that reconciles economic and non-economic objectives."

The AG considers principles established in the CJEU’s case-law and partially codified by the Treaty of Lisbon in relation to EU exclusive competences and the competences that the EU shares with the Member States. She then considers the provisions in each chapter of the EUSFTA in detail in her opinion and annex.

The AG concludes that the EU has exclusive external competence regarding the parts of the EUSFTA which fall within the common commercial policy. This extends to a wide range of potential issues including trade in goods; trade and investment in renewable energy generation; trade in certain services and government procurement (other than transport services), foreign direct investment, many IP rights and competition matters.

However, the EU's competence is found to be shared with Member States on matters such as trade in transport services, provisions affecting labour, social or environmental policy and types of investment other than foreign direct investment (e.g. portfolio investment).  Importantly, the EU is also found to have no external competence to agree to be bound by Article 9.10.1 of the EUSFTA (Chapter 9, Section A), terminating bilateral agreements concluded between certain Member States and Singapore. That competence belongs exclusively to the Member States.

The AG's Opinion is not binding. However, the CJEU tends to follow the approach adopted by the Advocate General. If the CJEU agrees with the AG that the EUSFTA covers areas of both shared and exclusive Member State competence, and is therefore required to be entered into as a mixed agreement, it could have far reaching consequences for the EU's trade programme in future. As the AG noted in her opinion, the EUSFTA is part of a new generation of trade deals which seeks to covers many different aspects of a liberalisation agenda, and it is likely that future trade deals will seek to cover similar areas. In such circumstances, the approval of national and regional parliaments of the Member States would be required before any treaty could enter into force. The conclusion process may therefore be significantly more protracted, complex and onerous, as demonstrated recently by the problems in the run-up to signature of the Comprehensive Economic and Trade Agreement between the EU and Canada (see further our blog post here).  However, a so-called interim agreement may be concluded. Furthermore, once an agreement is concluded, aspects of the agreement could be provisionally applied via Article 218(5) TFEU. Since the exclusive competence of the EU is wide, there is therefore a lot which may be achieved by the EU alone.

The AG's opinion also has potential ramifications for any EU-UK trade deal following Brexit. Such a trade deal would likely be as broad-ranging, if not more so, than the EUSFTA and would similarly encompass areas of shared competence. The requirement that all remaining Member States agree to that trade deal could have the potential to delay the conclusion of such an agreement and even enable a national or regional parliament to block such a deal. 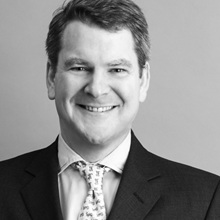