The decision recently delivered in the case Central Santa Lucia L.C. v. Meliá Hotels International S.A., brought before the First Instance Court of Palma de Mallorca (the “Decision”), is one of the first rendered by a European court concerning confiscated property in Cuba after the end of suspension of Title III of the Libertad Act (“Helms-Burton Act”) beginning 2 May 2019. The suit was filed in Spain by a Cuban American family as the heir to the former landowner.

The decision can be appealed before a higher Spanish court. The appeal was filed in due time.

On 3 June 2019, the US company (the “claimant”) instituted proceedings in Spain against the Spanish hotel chain “Meliá” on grounds of its right to receive the fruits of possession in bad faith and profiting off the confiscated land, as set out in article 455 of the Spanish Civil Code. Meliá formally requested that the Spanish Court refrain from exercising “jurisdiction and international competence” in the proceedings on the basis that: (i) the land expropriation played a pivotal role in the claim; (ii) it was an expression of Cuba’s sovereign authority; and (iii) the State was therefore protected by immunity from jurisdiction. Conversely, the claimant asserted that (i) national legislation governing the judiciary and international treaties concluded by Spain entitled the Court to exercise judicial functions; and (ii) the lawsuit was filed against Meliá, a private legal person, in connection with commercial transactions of a private nature engaging Gaviota SA, a State-run company incorporated in Cuba with an independent legal personality, so the immunity from jurisdiction was not applicable in the case.

The Court first understood that all of the claimant’s submissions were primarily based on “the illegality of Cuba’s nationalization of the land located in Playa Esmeralda and owned by the businesses (Santa Lucía and Sanchez Hermanos)“. As a result, the Court “needed to assess the legality of the nationalization, or the confiscation – as the claim submitted” in order to be able to determine whether or not Meliá was “illicitly enriched and possessed in bad faith” by means of the contract signed with the Cuban State to operate the hotels in Playa Esmeralda.

Even though neither Cuba nor Gaviota SA were party to the claim, the Court applied the Spanish Law 16/2015 on privileges and immunities of foreign States (“the Foreign State Immunity Act“). The Foreign State Immunity Act is consistent with the 2004 UN Convention on jurisdictional immunities of States and their property (“2004 UN Convention”), which is not in force, but was ratified by Spain in 2011, as well as with customary international law on State immunities.

The Court found that article 9 of the Foreign State Immunity Act, which sets out an exception to State immunity from jurisdiction, “was not applicable” because the claim was not based on commercial transactions between businesses but on Cuba’s nationalization of the land.

Additionally, the Court considered superficially the nature of the property owned by Gaviota SA and decided simply that it enjoyed immunity from jurisdiction because it was “State property“. Recalling in this regard article 21 of the Spanish Organic Law 6/1985 on the Judiciary (“Act on the Judiciary“), the Court stated that it had no jurisdiction because the land nationalization was “an action iure imperii over State property“. The Court therefore concluded that the submission made by Meliá concerning “the lack of jurisdiction in the proceedings should be upheld”.

The Court found that Meliá was right in stating that Spanish civil courts had no basis for their international competence in this case. The Court referred to article 22 of the Act on the Judiciary, which excludes the Spanish court’s jurisdiction where the immovable property is situated in a foreign State. The Court also drew an analogy between Cuba and the EU member States, relying on EU Regulation 1215/2012 on jurisdiction and the recognition and enforcement of judgments in civil and commercial matters, which provides for the exclusive jurisdiction of the courts of the Member State in which the property is situated in proceedings which have as their object rights in rem in immovable property or tenancies of immovable property.

While the Court observed that the determination of the title or right of the claimant in the land was the basis for the restitutionary claim to get the profits of Meliá’s operation of the hotels, the Court found that it had no international competence in this respect, nor did it have any in relation to possession in bad faith of a property situated in Cuba.

The Decision can be appealed to the Provincial Court of the Balearic Islands and in fact, this is only a preliminary victory for the hotel chain in the domestic legal arena. Nonetheless, this case has legal relevance in both national and international State practice for a number of reasons.

With regard to the reasoning of the Decision, it is obvious that land nationalization is a sovereign act of a State which, in principle, cannot be brought before the courts of another State, as the Inter-American Juridical Committee put it in a legal opinion on this subject. International tribunals, though, have been set up in practice to deal with State interference in foreign private property rights, much like arbitral tribunals provided for in bilateral/multilateral investment treaties, or claims tribunals such as the US-Iran tribunal. And the governments of nationals affected by these measures may take up their claims, exercise diplomatic protection, and may agree with another State to refer the inter-state dispute to an international tribunal.

The Decision made short shrift of two key points of law: the nature of the property owned by Gaviota S.A., a State-run company, and the concept of ‘commercial transaction’. As the Foreign State Immunity Act is considered to be consistent with the 2004 UN Convention, in determining both issues any Spanish court should lay particular stress on the international practice related to the application of this treaty, because it embodies principles of customary international law. It is surprising that the Court did not do so in this case.

Finally, Meliá has assets in the US and can face potential lawsuits in the US under the Helms-Burton Act, such as the class action filed in June 2019 in the District Court for the Southern District of Florida against Trivago and several hotel operators. If a US judgment rendered under the Helms-Burton Act were to be enforced in Spain, questions may be raised as to the applicability of European Union (“EU“) law, namely the Council Regulation 2271/96 (“Blocking Statute“), which aims to protect EU operators engaging in lawful international trade against the effects of extra-territorial application of legislation adopted by a third country. 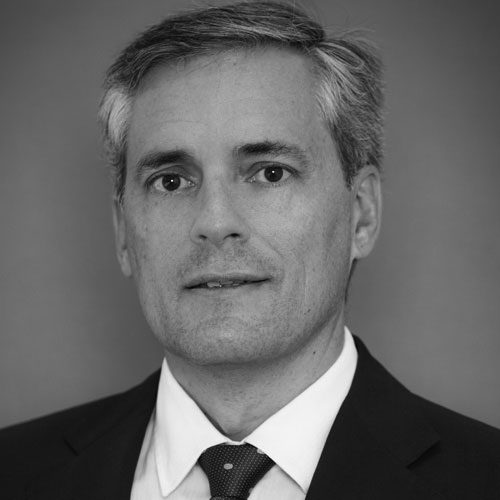