In the recent decision of Koza Ltd & Mr Ipek v Koza Altin Isletmeleri AS [2020] EWCA Civ 1018, the English Court of Appeal (“Court”) by a 2-1 majority has upheld an injunction granted by the English High Court earlier this year, restraining Koza Ltd (“Koza”), a UK-based company, from providing funding for an ICSID arbitration brought by its affiliate company, Ipex Investment Ltd (“IIL”) against Turkey. This is the latest development in the long-running dispute involving entities of the Koza Group, the Turkish mining and media conglomerate owned by the Ipek family. Further background to the broader dispute between the parties and the decision of the High Court can be found in our previous blog post here.

Earlier in the proceedings, Koza had given an undertaking to the court that it would not “dispose of, deal with or diminish the value of any funds belonging to [it] or held to [its] order other than in the ordinary and proper course of its business” (“Undertaking”). The issue in dispute was whether Koza funding the ICSID arbitration for IIL (“Funding”) would breach that Undertaking.

Koza sought a declaration that its proposed Funding would be permissible under the terms of the Undertaking (the “Funding Application”). In a 2019 decision, the Court determined that the Funding Application could not definitively be resolved either way on the basis of the evidence before it. The Court went on to say that if Koza nonetheless pursued the Funding, it would do so at its own risk.

Thereafter, Koza Altin Isletmeleri AS (“Koza Altin”) sought assurances from Koza that it would give advance notice of any intention to use its assets for the Funding. The assurances were not given, and Koza Altin issued an application seeking an injunction (“Injunction”) restraining Koza and Mr Ipek from providing the Funding (the “Injunction Application”). As discussed in our previous blog post, the High Court granted the Injunction.

Koza and Mr Ipek further submitted that Koza Altin had no underlying claim to the Injunction, and that principles relevant to the grant of freezing orders had not been adequately addressed.

By a 2-1 majority, the Court dismissed the appeal and upheld the Injunction (with Lord Justice Popplewell and Lady Justice Asplin in the majority and Lord Justice Moylan dissenting).

The majority rejected the appellants’ submission that the Injunction was an improper exercise of the court’s powers, akin to an “injunction on an injunction”. The majority considered the wide jurisdiction granted under s37(1) of the Senior Courts Act 1981 (the “Act”) to make ancillary orders to ensure the enforcement or effectiveness of other orders. This extends to undertakings made before the court, such that if a party threatens to breach an undertaking, the court has the power to make ancillary orders to “police the order” and “ensure that it is obeyed”.

The majority further held that the Injunction could be granted on the basis of an alternative, original freezing order jurisdiction. The majority noted that where a claimant had a legitimate interest in preserving the assets of, or those potentially available to, a company – just as Koza Altin had with respect to Koza’s assets – that would be sufficient to grant protective injunctive relief.

The majority dismissed the remainder of the appellants’ arguments. Insofar as the jurisdiction to make ancillary orders to render the Undertaking effective was being exercised, there was no need for Koza Altin to have an underlying claim or cause of action. Further, the High Court was entitled to apply the American Cyanamid principles in exercising its discretion as to whether to grant the Injunction, and the majority did not find any reason for interfering with this exercise of discretion on the basis of the evidence.

Lord Justice Moylan, dissenting, concluded that he would have allowed the appeal and set aside the Injunction. In his view the Injunction was not an appropriate use of the court’s powers under s37 of the Act. He noted that a party could not obtain permanent injunctive relief to restrain an alleged breach of an undertaking or order where the issue of whether the threatened act constituted a breach would never be determined. Further, in his view, Koza Altin could and should have made its application for an injunction to prohibit the Funding at the time of the Funding Application and no good grounds had been established for permitting it to do so by a subsequent application.

This case arises from a very specific factual and procedural background, meaning that its wider implications may be limited.

However, the case does highlight the potential role of national courts vis-à-vis ICSID proceedings. The Court of Appeal decision in this case has confirmed the High Court’s decision to grant the Injunction, ultimately enabling Koza Altin (and Turkey) to block Mr Ipek’s attempt to fund the ICSID proceedings via the UK-incorporated Koza. 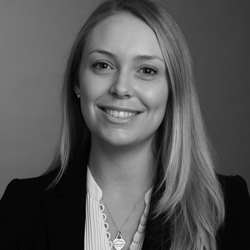