Since the effectiveness of any regulation on third-party funding depends on the use of clearly defined terms, the draft provides definitions of some key third-party funding terminology, including: “proceeding,” “third-party funder,” “funded party” and “third party-funding.” The term “third-party funding” is defined as “any provision of direct or indirect funding or equivalent support to a party to a dispute by a natural or legal person who is not a party to the dispute through a donation or grant, or in return for remuneration dependent on the outcome of the proceeding.” The draft specifies that the phrase “direct or indirect” is meant to cover circumstances where the disputing party might not be a party to the funding agreement but still a beneficiary of the funding arrangement and the words “or equivalent support” are meant to cover non-financial support.

The draft sets forth various models for regulating third-party funding. It explains that, in considering the different models, the Working Group will need to take into account several factors, including the need to ensure the integrity of the proceedings by preventing any abuse and the benefit that third-party funding could have for claimants with insufficient financial resources, particularly small and medium-sized businesses.

The first type of model regulations outlined in the draft are the “prohibition models.” As the name suggests, this model of regulations is designed to prohibit third-party funding in ISDS. The draft explains that a complete prohibition would address the concern that third-party funding aggravates the structural imbalance in ISDS by increasing the number of ISDS cases and frivolous claims as well as the amount of damages claimed.

The second type of model regulations in the draft are the “restriction models.” This model of regulations permits but restricts certain types of third-party funding. These models provide more flexibility than the prohibition models while addressing the concerns mentioned above. There are a number of variants presented in the draft under the umbrella of the “restriction models” for the Working Group to consider:

(i) the “access to justice model,” under which third-party funding would be permitted if the funding is necessary for the claimant to bring its claim, particularly when the claimants are micro, small, and medium-sized enterprises;

(iii) the “restriction list model,” under which third-party funding would be generally allowed except for certain specific types of third-party funding that would be prohibited, such as speculative funding, funding where the amount of the expected return is excessive, or where the funder has already provided funding for several claims against the same respondent State concerning the same measure.

The legal consequences of a party entering into or being provided with third-party funding that is not permitted would differ depending on the regulation model. For example, the claim may be inadmissible, or the tribunal might lack jurisdiction to consider the case.

A number of existing investment treaties and arbitration rules include rules on disclosure of third-party funding, and disclosure is generally required for addressing the risk of conflicts of interest or the lack of transparency. The draft specifies that requiring disclosure could be a stand-alone regulation model. However, the implementation of the regulation models mentioned in the section above needs to be based on disclosing certain information. This is because without the information disclosed, it would not be possible to determine whether the third-party funding is permissible or not.

The draft provides for the mandatory disclosure by the funded party to the tribunal and the other disputing parties of the following information:

In addition to the information listed above, the draft provides that the tribunal “may” require the funded party to disclose the following information:

The draft also addresses the recoverability of costs related to third-party funding (including the return paid to the third-party funder), providing that such costs should not be recoverable, but allowing the tribunal flexibility to determine otherwise.

Finally, the draft provides that the Working Group may wish to consider whether a code of conduct for third-party funders should be prepared. Issues that could be addressed in such a code include: disclosure, transparency, limitation on funder returns, limitation on funder control, limitation on the number of funded claims against a single State, and due diligence for frivolous claims.

The draft ends with a general call for the collection of data on third-party funding in ISDS.

Third-party funding is a rapidly expanding industry, and the potential for high value awards that characterize ISDS has made it an attractive market for funders. States and other stakeholders are drawing attention to various concerns with third-party funding in ISDS, ranging from its potential to create or exacerbate conflicts of interests, its impact on confidentiality and legal privilege, and its capacity to increase the number of ISDS cases pursued and the amount of damages claimed. A significant portion of the third-party funding market focuses on large, well-resourced entities, that look for ways to manage risk and reduce legal budgets. However, in certain cases, third-party funding may still be the only recourse available to seek redress for a distressed claimant that, for example, may have invested all of its resources into a failed project. Third-party funding regulations in ISDS attempt to balance these factors. A number of existing investment treaties and arbitration rules already include rules on the disclosure of third-party funding. Other reform initiatives, such as the proposed amendments to the ICSID Rules, also tend to focus mainly on disclosure requirements, which aim to address the risk of conflicts of interest that may arise when a third-party funder is involved. The UNCITRAL draft goes further by proposing model regulations that could either completely prohibit third-party funding or narrowly restrict it, reflecting the States’ perception that third-party funding could enable the proliferation of frivolous claims. Whether such perception is justified is open to debate since funders generally conduct detailed due diligence on the case and only decide to invest if they believe the claimant has acceptable chances of success. Comments from the delegations on the initial draft will be collected until July 30, 2021. 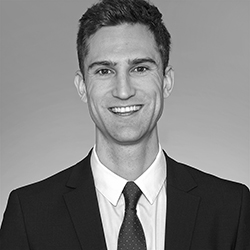