In R (on the application of British Blind & Shutter Association) v Secretary of State for Housing, Communities & Local Government [2019] EWHC 3162 (Admin) the High Court quashed a regulation inserted into the Building Regulations 2010 by the Building (Amendment Regulations) 2018 (“the 2018 Regulations”). The court found that the Secretary of State’s consultation in respect of this regulation was so unfair as to be unlawful as the consultation failed to let those who had a potential interest in the subject matter of the consultation know in clear terms what the proposal was.

After the Grenfell Tower Fire in 2017 the Secretary of State for Housing, Communities & Local Government (the “Respondent”) set up a “Building Safety Programme” to try to improve building safety standards. As part of this, in 2018, he published a consultation titled “Banning the use of combustible materials in the external walls of high-rise residential buildings” (the “Consultation”). Following the Consultation, the 2018 Regulations were made and came into force on 21 December 2018.

The 2018 Regulations included regulation 6(2)(b)(ii) which banned any “specified attachment” from use in building work on high-rise buildings unless it complied with certain safety standards (“the Regulation”). The impact of this would have been to ban the use of external shutters, blinds and awnings attached to high-rise residential buildings.

The British Blind and Shutter Association (BBSA) (the “Claimant”) is a UK trade association which represents members who manufacture, sell, and install blinds, awnings, shutters and associated services in the UK.

The Claimant’s Company Secretary saw the title of the Consultation following its publication in June 2018. However he did not read the Consultation as the title led him to believe that it would not be relevant to members of the BBSA. As such, the Claimant did not respond to the consultation and the interests of its members were not taken into account when the 2018 Regulations were drafted.

The Claimant submitted that the Respondent breached his duty to consult the Claimant under s.14(3) of the Building Act 1984 (“s.14(3)”) which states that “Before making any building regulations containing substantive requirements, the Secretary of State shall consult…such other bodies as appear to him to be representative of the interests concerned”. The Claimant also argued that the ban was irrational as the Respondent failed to take into account material considerations such as the absence of evidence that the banned products posed any fire risk.

The Respondent argued that he had complied with the duty of consultation as the “interests concerned” in this case were so broad as to encompass the public at large and a public consultation had been carried out. The consultation was published on the government website, referred to in Parliament and was the subject of public scrutiny. Additionally, the decision to impose the ban was not irrational as the Respondent was entitled to take a precautionary approach to reducing the risk of fire based on the evidence before him.

The court accepted the Claimant’s submission that the consultation was so unfair as to be unlawful and quashed the Regulation.

The court agreed that the Claimant was “a body representative of the interests concerned” (as defined in s.14(3)) because the 2018 Regulations introduced substantive requirements which effectively banned the products manufactured by the Claimant’s members. The statutory duty to consult applied in respect of the Claimant. The Respondent was free to go further than the statutory requirements and conduct a public consultation, but carrying out a public consultation did not diminish the requirement to consult the relevant representative bodies.

If a consultee is expressly identified by statute, direct notification of the statutory consultation is required. If groups of consultees are not expressly identified by statute (for example the reference to “representative bodies” in s.14(3)) the duty to make statutory consultees aware of the invitation to express their views involves a combination of taking proactive steps to identify consultees to notify them of the consultation and taking adequate steps to bring it to the attention of bodies representing the interests concerned (for example through publicising the consultation in specialist media).

The court stated that the demands of fairness were higher in this context as the Regulation deprived members of an existing right to sell products, rather than depriving them of a potential future benefit.

The Consultation was deemed to be so unfair as to be unlawful as nothing in the title of the Consultation, description of the scope of the Consultation, or explanation of its background indicated that it proposed a ban which would extend to the devices covered by the Regulation. The Respondent’s statements, press release and the publicity in national and industry press regarding the Consultation focused on the proposal to ban combustible cladding. There was no reference to any evidence that the use of combustible materials in products such as external shutters, blinds and awnings was linked to an increased fire risk and the Claimant was not aware of any such evidence, meaning it had no reason to believe these products would be banned.

Finally, the court dismissed the Claimant’s submissions that the Regulation was irrational because the Respondent had failed to take into account material considerations including the absence of evidence that external shutters, blinds and awnings gave rise to a fire risk, the financial impact of the ban on the Claimant’s members and the benefits of the Claimant’s members’ products in reducing fire risks. The court considered that if these matters were presented to the Respondent during the Consultation he would have been obliged to take them into account. However the Claimant had no opportunity to raise such points and the Respondent was not aware of them. The decision to include the products within the ban was not irrational given the Respondent was entitled to be guided by the views of his technical experts and take a precautionary approach to preclude the use of any combustible materials, including in blinds, shutters and awnings. 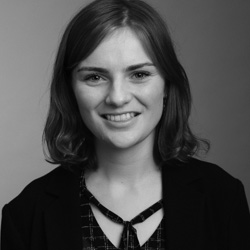