Two recent judgments have demonstrated the utility of the right to property under Article 1 of the First Protocol of the European Convention on Human Rights (“A1P1”) for companies and the scope for challenges where public decisions have interfered with private contracts. A1P1 is incorporated into English law by way of the Human Rights Act 1998, and provides for a right to peaceful enjoyment of possessions.

In R (Aviva Insurance Limited) v Secretary of State for Work and Pensions [2020] EWHC 3118 (Admin), the High Court found that the Secretary of State’s scheme for the recovery of state benefits from insurers in asbestos-related claims was incompatible with the insurers’ A1P1 rights.

In Solaria Energy UK Limited v Department for Business, Energy and Industrial Strategy [2020] EWCA Civ 1625, the Court of Appeal held that Solaria’s sub-contract with another company was a possession for the purposes of A1P1, despite contractual limits on its assignability.

Aviva holds a large book of long-tail employers’ liability insurance (for which Swiss Re provides reinsurance), whereby claims regarding asbestos-related diseases arising in the course of employment are covered by insurance in place at the time exposure occurred, even if the disease does not manifest itself until much later on. Such insurance is compulsory in the UK.

In personal injury litigation against a negligent employer, the claimant’s damages are reduced by the amount of specified state benefits received. The Social Security (Recovery of Benefits) Act 1997 (the “1997 Act”) requires the employer (and by extension its insurer) to then reimburse the Compensation Recovery Unit (“CRU”, part of the Department for Work and Pensions) in respect of those benefits. The 1997 Act retroactively applies to diseases that arise due to exposure prior to 1997, and the insurance policies that were in place at the time of exposure.

There have been a number of developments in the law of tort since 1997 that have greatly increased the number of asbestos-related claims and the amounts recouped by the CRU from insurers. Aviva and Swiss Re (together, the “Claimants”) sought judicial review of the Secretary of State for Work and Pensions (the “SSWP”) on the grounds that, following these legal developments, the CRU’s interpretation and application of the 1997 Act was incompatible with their A1P1 rights. The Claimants alleged that the Defendant breached their A1P1 rights in five respects:

Henshaw J considered the context in which the 1997 Act was introduced and the preceding systems for reimbursement of state benefits in tortious claims. Henshaw J found that “what Parliament did not have in contemplation was that, as a result of future developments in the law as between compensators and victims, compensators or their insurers would become liable for the cost of state benefits having no real relationship to the degree of injury or risk that those compensators had inflicted on the injured person”. Henshaw J considered that this amounted to an ongoing interference with the Claimants’ A1P1 rights each time the Claimants incurred a liability under the 1997 Act in respect of a specific claim arising out of a pre-1997 insurance policy.

Under A1P1, any interference with property must be justified. In particular the interference must serve a legitimate interest and be proportionate. Henshaw J considered the proportionality of the five features of the scheme that the Claimants argued were incompatible with their A1P1 rights, using a four stage test:

Henshaw J therefore concluded that the first three features of the operation of the 1997 Act raised in the claim were incompatible with the Claimants’ A1P1 rights. Permission to appeal to the Court of Appeal has been granted to both parties.

In October 2011, the Department of Energy and Climate Change (which in 2016 was disbanded and its functions merged to form the Department for Business, Energy and Industrial Strategy, the defendant in this case) published a consultation which included a proposal to reduce certain subsidies in respect of electricity generated by solar panel installations and to bring forward the date for this reduction (the “Proposal”). The Proposal had a substantial impact on the solar energy industry.

In order to establish a successful A1P1 claim, claimants must first prove an unlawful interference by a public body. A significant number of A1P1 claims were brought by manufacturers and suppliers of solar panels which were considered by the Court of Appeal in Breyer Group Plc v Department of Energy and Climate Change [2015] EWCA Civ 408 (“Breyer”). The Court held that in principle the unlawful proposal could amount to a wrongful interference with or deprivation of the claimants’ possessions, namely existing contracts, contrary to A1P1.

Although Solaria had entered into a sub-contract for the supply of solar panels to another company in July 2011, it had not been a claimant in Breyer. Instead, Solaria continued to supply solar panels well into 2012. Eventually, Solaria issued proceedings against BEIS in December 2018, alleging interference with its July 2011 sub-contract contrary to its A1P1 rights. Solaria claimed that as a result of the Proposal, it was forced to renegotiate its sub-contract at a lower rate. However, Solaria’s claim was struck out by the Technology and Construction Court for two reasons. First, the Court found that Solaria’s sub-contract was not a possession for the purposes of A1P1. Although Solaria’s contractual rights under the sub-contract had a value to Solaria, that value was not a readily realisable or marketable value because the sub-contract could not be assigned. Secondly, the judge found Solaria’s claim to be out of time under the one year limitation period for HRA damages claims. Solaria appealed to the Court of Appeal on both grounds.

Coulson LJ, who gave the leading judgment, noted that in Breyer a distinction was drawn between existing enforceable contracts and draft contracts which had yet to be concluded. While the former were found to be part of the goodwill of a business and therefore possessions under A1P1, the latter amounted to a loss of future income and were not actionable. Coulson LJ considered that “whilst not all contracts are possessions within the meaning of A1P1, the starting point must be that a signed and part-performed commercial contract is, prima facie, a possession”.

The Court of Appeal unanimously concluded that Solaria’s sub-contract was a possession for the purposes of A1P1. However, the Court upheld the first instance ruling that the claim was out of time and Solaria’s appeal was dismissed.

Property rights which are protected under the Human Rights Act can take many forms. They may involve requirements that property be used in particular ways, as was the case with the requirement on insurers to reimburse state benefits in the event of certain successful claims, or proposed changes to subsidy regimes that affect contracts between two private parties.

The judgment in Aviva demonstrates that the law provides protection for those who find their rights interfered with on the basis that they are disproportionate or do not serve a legitimate purpose. The judgment also indicates that although legislation may not have been unlawful when it was first introduced, incompatibilities with ECHR rights may arise due to subsequent legal developments.

The judgment in Solaria serves as a reminder that the concept of possessions under A1P1 is wider than the concept of property in English law, and that a concluded and part-performed commercial contract can be a possession for the purposes of A1P1. 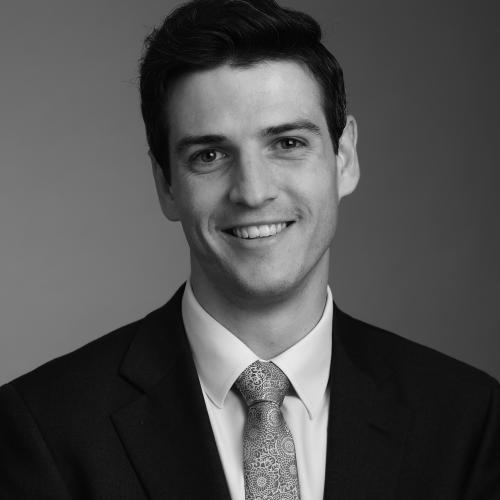