The importance of correctly approaching regulations and guidance in regulatory decisions

The High Court held in Havant Biogas Ltd & Ors v Gas & Electricity Markets Authority [2021] EWHC 84 (Admin) that Ofgem’s refusal to register the claimants as producers for a subsidy scheme contained public law errors in relation to the registration requirements and so remitted the applications to Ofgem for reconsideration. The case demonstrates the importance of properly interpreting and applying key provisions in regulations and any applicable guidance.

The Claimants were four (of thirty seven) special purpose vehicle companies owned by Qila Holdings Limited (“Qila”) who each made applications to Ofgem to be registered as a producer of biomethane for injection in the national gas work under the Renewable Heat Incentive subsidy scheme (the “Subsidy Scheme”).

The Subsidy Scheme was governed by the Scheme Regulations made under section 100 of the Energy Act 2008. Two sets of Regulations were relevant to the case:

Qila had earlier successfully registered other special purpose vehicles in 2016 which Ofgem had granted in 2017 (the “2017 Decisions”).

Both the 2017 Decisions and the Claimants’ applications were based on the ‘Two-Phase Model’ which was a form of staggered commissioning by which the applicant would carry out initial short-term steps for biomethane production in Phase 1 with registration preceding Phase 2. Phase 2 then involved funding being secured and the substantive assets being built. The Two-Phase Model was permissible under the 2011 Regulations but not under the 2018 Regulations.

The Claimants sought judicial review of the SRO’s decision to reject their applications for registration (the “Operative Decision”).

The Court was faced with five grounds for judicial review.

Fordham J found that there was no breach of the provisions which prevented prior involvement in the decision making process by the SRO; there was no legitimate expectation based on prior decisions allegedly constituting a practice tantamount to a clear and unambiguous representation; there was an error in the Operative Decision considering whether to apply the test of “properly made” in the 2018 Regulations but the error was not material; and the Operative decision was not tainted by legal irrelevancies. Four grounds for judicial review were therefore rejected.

However, the Claimants succeeded on the ground that the SRO had misappreciated and overlooked the objectively correct meaning and effect of certain key provisions of the Regulations and the applicable guidance as to the requirements of a properly made application, and this had led to the SRO failing to ask the right questions and making public law errors.

Fordham J emphasised the Court’s limited supervisory function relating to interpreting the law (i.e. identifying its objective, legally correct meaning and determining whether Ofgem had acted compatibly with its relevant public law duties) as distinct from questions of application of the legislation and Ofgem’s applicable guidance, and matters of evaluative judgment which were squarely for Ofgem to decide, provided it acted consistently with its public law duties (para 23).

Ofgem argued that there had been no public law error in the Operative Decision and that it had involved matters of appreciation which Ofgem was entitled to regard as highly material as an exercise of reasonable judgment within the ambit of the SRO’s evaluative judgment.

However, Fordham J held that there were ‘core and recurrent themes in the SRO’s reasoning’ (para 79) from which it was possible to ‘trace certain problems lying at the heart of the public law errors in the SRO’s approach’ (para 90).

Fordham J considered each strand of Ofgem’s decision in turn and held that the Operative Decision erroneously treated certain elements as pre-conditions required for registration when they did not appear as such in either the Scheme Regulations nor in any of Ofgem’s guidance, and therefore were not preconditions in law. He emphasised in particular Ofgem’s public law duty of adherence to guidance (absent good reason to depart from it), and highlighted that in making the Operative Decision, the significance of the relevant guidance (which clearly articulated the standard of sufficiency and requirements for applications) was not appreciated.

He noted that certain elements were pre-conditions required for applications made on or after 20 June 2018 (i.e. after the Claimants’ applications) and that these preconditions were not compatible with the Two-Phase Model, but that there was no express or implied previous requirement of that kind under the 2011 Regulations and applicable guidance.

Fordham J concluded that as a result of recurring themes that permeated the Operative Decision as a whole, he could not be convinced that Ofgem’s reasons for rejecting the applications in the Operative Decision would have independently justified a refusal of the applications, and therefore was not satisfied that a lawful decision would be ‘highly likely’ to be ‘not significantly different’. He therefore declined to refuse relief under section 31(2A) Senior Courts Act 1981.

This case serves as a reminder of the Administrative Court’s well-established approach of considering what is required by the legal provisions and also the correct approach to guidance. Fordham J emphasised Ofgem’s public law duty to adhere to its applicable guidance (unless it has good reason to depart from it). In this case, the Court considered that Ofgem had failed to ask the right questions or give due regard to its own guidance, and so when the Operative Decision was looked at as a whole, it contained public law errors in respect of the relevant requirements against which the applications should have been judged. 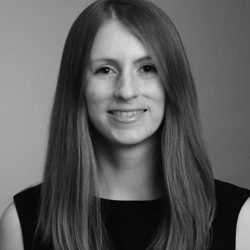