The High Court has found that positive operational duties under the Human Rights Act 1998 (“HRA“) were triggered by the failure of the Environment Agency (“EA”) to address recommendations in a health risk assessment by Public Health England (“PHE“) regarding the operation of a landfill site which operates under an EA permit (R (on the application of Richards) v Environment Agency [2021] EWHC 2501 (Admin)).

The claimant, Mathew Richards, is a 5 year old boy who lives in close proximity to Walleys Quarry Landfill Site (“WQLS“). WQLS operates under a permit issued by the EA. Mathew was born prematurely and developed lung complications and respiratory problems. Hydrogen sulphide emissions from WQLS prevented his recovery, which would inevitably lead to chronic obstructive pulmonary disease and would consequently significantly reduce his life expectancy. The local community also expressed significant concerns about the impact of the hydrogen sulphide emissions emanating from WQLS on their own health and wellbeing.

PHE, the executive agency of the Department of Health and Social Care, conducted a health risk assessment of the air quality at WQLS. It found that the level of hydrogen sulphide in the air exceeded guideline levels and was not acceptable. PHE recommended that: (1) all measures be taken to reduce off-site odours from the landfill site as early as possible so that WHO guidelines are met, and (2) all measures be taken to reduce the concentrations of hydrogen sulphide in the local area for 2022 to levels below those health-based guidance values used to assess long-term exposure.

The claimant sought judicial review of the EA, alleging that it had failed to discharge its statutory duty under the HRA to protect his rights under the ECHR which are incorporated into English law by way of the HRA, in particular his right to life under Article 2 of the ECHR and his right to respect for private and family life under Article 8. The two critical questions considered by the Court were: (1) whether positive operational duties were triggered under Articles 2 and 8, meaning that the EA would have an obligation to take reasonable and appropriate measures to secure Mathew’s rights to respect for private and family life and to life; and (2) what those positive operational obligations would entail in the circumstances.

The High Court held that Article 2 imposes a positive obligation on state authorities to take appropriate steps to safeguard the lives of those in its jurisdiction. This duty requires a legislative and administrative framework to be put in place to protect the right to life.

The Court cited the Supreme Court’s judgment in Rabone v Pennine Care NHS Trust [2012] UKSC 2 (“Rabone“), where the Court held that the trigger for the Article 2 positive operational duty is that “the authorities knew or ought to have known at the time of the existence of a real and imminent risk to the life of an identified individual or individuals“. The real and imminent risk to life must be present and continuing and significant and substantial. Once triggered, the authority must have “failed to take measures within the scope of their powers which, judged reasonably, might have been expected to avoid that risk“.

It was held that in this case there was a real and imminent risk to the claimant’s life that was significant, substantial, present and continuing by virtue of his development of a condition which reduced his life expectancy, caused by the activity at WQLS, thereby accelerating death. The Court held that severe environmental pollution affecting an individual’s well-being and adversely affecting private and family life can trigger a positive obligation on the state authorities pursuant to Article 8 to take reasonable and appropriate measures to secure rights to private and family life. There must be a direct impact on the individual’s home, family or private life, striking a fair balance between the individual and community as a whole, and minimum pollutant levels must be met. Overall, it was held that the positive operational duty under Article 8 was triggered in this case.

The High Court accordingly made a declaration that the EA must implement the recommendations of PHE in order to comply with its legal obligations. However, the Court declined to find that there was a current breach by the EA of its duties.

The High Court’s judgment is the first domestic judgment dealing with both Article 2 and Article 8 rights in an environmental context. The Court noted that the majority of similar cases before the European Court of Human Rights are “looking back” cases where the harm has already been done. The Court contrasted the current case which was “in the moment”, with the pollution being a current problem. The judgment makes clear that in such cases the Courts must “step up” to address and enforce the positive operational duties.

The judgment clarifies that a shortening of life expectancy will be deemed a real and immediate risk to life under Article 2 of the ECHR. This is because the relevant risk to life is to be identified with a risk of life ending earlier than it would have but for the relevant failing on the part of the state authority, irrespective of whether death happens immediately or after a time lag (of perhaps several decades if the victim is a child).

Moreover, the judgment makes clear that the lived experience of the victim’s wider local community is relevant in Article 2 and/or Article 8 pollution cases, despite their not being party to the proceedings. It is relevant to establishing as regards Article 8 whether the adverse effects of pollution have reached the “minimum level” necessary to engage the operational duty, and whether a “fair balance” has been struck between the victim’s interest and the public interest. It is also relevant as regards Article 2 to establish whether reasonable steps have been taken by the authority to avoid the risk to life.

Finally, it is notable that the Court declined to find a current breach by the EA. The Court’s reasoning was that there is an “obvious and pressing public interest imperative” that the EA must comply with its legal duties “as a matter of urgency“, and that what matters is to provide clarity with regards to what the EA’s legal obligations are and what the EA must legally do. 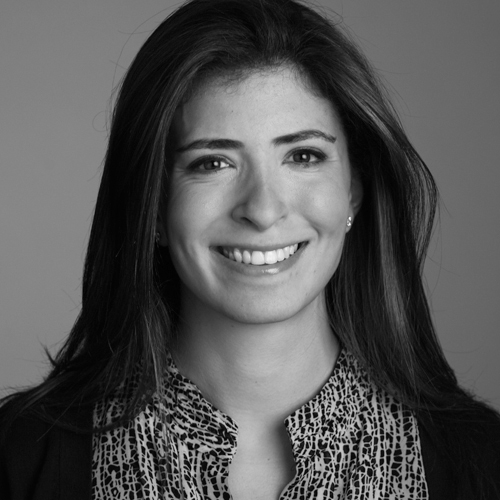