The post below was first published on our Banking Litigation notes blog.

The Administrative Court has dismissed an application for judicial review of a decision by the Financial Ombudsman Service (FOS) in the context of a complaint against a lender by an individual borrower who claims she is trapped in her mortgage (a so-called “mortgage prisoner”): Mortgage Agency Service Number Five Ltd, R (On the Application Of) v Financial Ombudsman Service Ltd [2022] EWHC 1979 (Admin). In this case, the court found that the FOS did not accept jurisdiction over complaints which were out of time and there was no other basis for challenging the final decision of the FOS.

The result demonstrates the court’s reluctance to interfere with the wide remit of the FOS to consider a complaint by reference to what is “fair and reasonable in all the circumstances of the case” (s.228 of the Financial Services and Markets Act 2000 (FSMA)). In particular, the court recognised that it is for the FOS to decide the parameters of the complaint when considering whether it will accept jurisdiction over it. The court also acknowledged the FOS’s wide discretion to consider the background and context to complaints found to be within its jurisdiction.

The judgment therefore reflects the court’s usual approach of giving significant latitude to the judgment of specialist decision-makers in judicial review. The court indicated that it is only if the Ombudsman makes an error in reaching a final determination that there might be a basis for action.

The case is considered in more detail below.

The claimant (MAS5) is a mortgage lender which is part of the Co-operative Bank, and which currently owns the mortgage of Mrs Gwendolyn Davies, the Interested Party to the claim.

In October 2018, Mrs Davies made a complaint to MAS5 about the fairness of the interest rates charged under her mortgage, and subsequently escalated her complaint to the FOS in December 2018.

The FOS decided that it would be able to investigate the complaint about the interest rate that MAS5 applied to Mrs Davies’ mortgage from October 2012 (i.e. for the six years prior to the initial complaint made by Mrs Davies, in accordance with Rule 2.8.2 in Chapter 2 of the “DISP Dispute Resolution: Complaints” section of the FCA Handbook (DISP)). As part of this investigation, the FOS confirmed that it would review the history of Mrs Davies’ mortgage from the time it reverted onto the standard variable mortgage rate in January 2009.

MAS5’s application for judicial review was dismissed. The key elements of the decision were as follows: 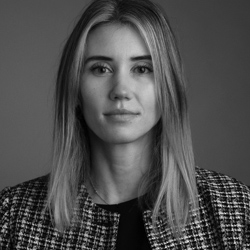