In Group Seven Limited & Ors v Notable Services LLP & Ors [2019] EWCA Civ 614, the English Court of Appeal held inter alia (overturning a first instance decision) that an accountant member of a multi-disciplinary firm of solicitors was liable as an accessory for dishonestly assisting breaches of trust.

The appeal comprised multiple conjoined appeals involving several parties, but this article will focus on the decision relating to dishonest assistance.

Group Seven Ltd (a subsidiary of Allseas Group Ltd) invested €100m with Allied Investment Corporation Ltd (AIC), which had been incorporated for the purposes of defrauding Group Seven. AIC in turn purported to lend the money to Larn Ltd, owned and directed by one of the fraudsters (Mr Nobre). AIC transferred the money to the client account of Notable Services LLP (a firm of solicitors), where it was held for the benefit of Larn. Mr Nobre gave instructions to Notable to make payments out of its client account amounting to €15m. Notable was a multi-disciplinary firm, one of whose members was an accountant (Mr Landman). Mr Landman received a payment of £170,000 out of Notable’s client account as a personal fee for helping Mr Nobre to make the other payments out.

Police intervention brought a halt to the laundering of the fraudulently obtained funds and €88m was returned. Earlier proceedings held Mr Nobre and Larn liable for the balance of the stolen funds, and the present proceedings relate to the liability of other actors, including Mr Landman for dishonest assistance.

The judge at first instance (Morgan J) held that Mr Landman deliberately and knowingly broke the Solicitors’ Accounts Rules which prohibit the provision of banking facilities through a client account, and his conduct in relation to Mr Nobre’s requests for payments was dishonest. He found that the personal fee (described in the appeal judgment as a bribe) of £170,000 was unconscionably received by Mr Landman and had been dishonestly concealed from the other members of Notable. Mr Landman was therefore liable for its return.

On dishonest assistance, the judge held that objectively, Mr Landman knew facts which would have shown an honest and reasonable man that Mr Nobre was not entitled to the €100m. However, Mr Landman did not actually know or have “blind-eye knowledge” that Larn was not the beneficial owner of the €100m or that Larn was not entitled to use that money as if it were its own. In the absence of such knowledge the judge held that his conduct did not constitute dishonest assistance of the alleged breaches of trust and fiduciary duty, and Mr Landman was therefore not liable for the c. €12m balance of the stolen money.

The Court of Appeal set out the current law in relation to dishonest assistance, requiring an extant trust, a breach of that trust by the trustee, assistance of that breach by the defendant and for such assistance to be dishonest. The only element subject to appeal was whether Mr Landman’s assistance was in fact dishonest.

The judgment went on to consider the civil law test for dishonesty, which has been subject to a number of developments over the past three decades. While the criminal case of R v Ghosh [1982] QB 1053 had applied a subjective second limb to the test, this second limb had largely been discredited by the decisions in Royal Brunei Airlines Sdn Bhd v Tan [1995] 2 AC 378 and Barlow Clowes International Ltd v Eurotrust International Ltd [2005] UKPC 37 (considered and applied by the judge at first instance). The Court of Appeal had the additional benefit of the judgment in Ivey v Genting Casinos UK Ltd [2017] UKSC 67 (see our previous blog post here), handed down 3 weeks after the first instance decision. Ivey gave further confirmation and clarity to the test for dishonesty established in Tan and Barlow Clowes:

“the fact-finding tribunal must first ascertain (subjectively) the actual state of the individual’s knowledge or belief as to the facts […] When once his actual state of mind as to the knowledge or belief as to the facts is established, the question whether his conduct was honest or dishonest is to be determined by the fact-finder by applying the (objective) standards of ordinary decent people. There is no requirement that the defendant must appreciate that what he has done is, by those standards, dishonest“

Applying this test to the facts, the nub of the issue was whether Mr Landman had the required knowledge that the money was not at Larn’s free disposal. It had not been argued that Mr Landman had actual knowledge, and so it fell to be determined whether he had had “blind-eye” knowledge, i.e. consciously deciding to refrain from taking any step to confirm the true state of affairs for fear of what might be discovered. The Court of Appeal referred to the House of Lords decision in Manifest Shipping & Co Ltd v Uni-Polaris Insurance Co Ltd [2003] 1 AC 469 which had held that the imputation of blind-eye knowledge requires two conditions to be satisfied. The first is the existence of a suspicion that certain facts may exist, and the second is a conscious decision to refrain from taking any step to confirm their existence.

However, it was held that the judge at first instance had erred in his approach to assessing Mr Landman’s blind-eye knowledge on the basis of the facts, with insufficient weight placed on Mr Landman’s unconscionable receipt and concealment of the £170,000 fee (or bribe). The first instance findings in relation to unconscionable receipt made clear that Mr Landman must have turned a blind eye and had clear suspicions as to the true beneficial ownership of the €100m, and that the money was not at Larn’s free disposal. The Court of Appeal found that Mr Landman consciously decided to refrain from taking any step to confirm the true state of affairs for fear of what he might discover.

It was further noted that suspicions which fall short of blind-eye knowledge are still relevant to the defendant’s subjective beliefs, which may then be considered under the second stage of the test in determining objectively whether he was dishonest.

The application of Ivey by the Court of Appeal in the context of determining accessory liability for dishonest assistance has further cemented and clarified the approach following the decisions in Tan and Barlow Clowes.

The decision further shows that the court is readily prepared to find the presence of blind-eye knowledge where, considering the defendant’s accompanying dishonest behaviour, the court held that he must have harboured clear suspicions. Such developments and approach will be of comfort to innocent victims of fraud or breaches of trust, narrowing the scope of defence available to accessories for dishonest assistance. It is also important for those who deal with trusts and trustees to ensure that, in the event they have any suspicions as to any transactions, they take proper steps to confirm the true state of affairs and do not simply “turn a blind eye”. 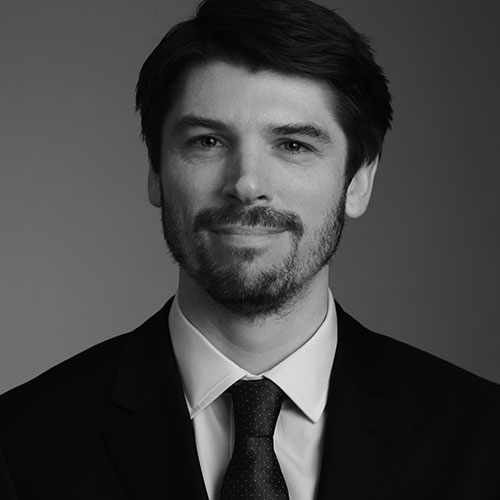