The Supreme Court of Bermuda has recently given judgment in a case concerning the actions of invalidly appointed trustees (C Trust [2019] SC (Bda) 44 Civ (22 July 2019)). The invalidity of the appointments arose due to a technical failure to comply with the appointment provision in the trust deed. In order to resolve the issue, the Current Trustee brought an application (which was supported by the beneficiaries) for an order that:

The court granted the application. When considering the first limb, the Current Trustee was appointed on the basis that it would be expedient for the trust as a whole. When considering the second limb, the court confirmed its inherent jurisdiction to intervene in the administration of a trust. When exercising its jurisdiction, the court held that confirming the actions of the invalidly appointed trustees was an easier alternative to the ratification of all the actions of the trustees over the twenty year period.

The case confirms that the courts of Bermuda have the power to validate the actions of invalidly appointed trustees. However, it was emphasised that the court must consider the particular facts of each case, when determining whether to exercise its inherent jurisdiction to intervene in the administration of a trust. The case is considered in further detail below.

The case concerns a discretionary trust which was established by deed in 1965 (the “Trust Deed“). The assets owned by the trust include the extremely valuable controlling shares of several holding companies, which in turn own a vast network of industrial trading entities in Africa. The class of beneficiaries under the trust includes the Settlor, his family and their descendants.

Under the terms of the Trust Deed, the power of appointing new trustees is vested in two protectors of the trust acting jointly. In 1997, the family incorrectly assumed that it could validly appoint a sole protector in place of the two original protectors, and proceeded to do so.

In December 1999, the original trustee retired and the Current Trustee was purportedly appointed in his place. The appointment was made with the consent of the single successor protector, rather than jointly by two protectors as required by the terms of the trust. The appointment was therefore invalid. The same issue also affected two subsequent purported changes to the trustee. The Current Trustee was replaced by a trust company from August 2001 to July 2015, after which the Current Trustee took on the role again. As these appointments were invalid, the decisions made by the trustees from 1999 to date are therefore invalid (a period of twenty years).

The application to appoint the Current Trustee

The statutory jurisdiction of the court to appoint trustees is found in section 31(1) of the Trustee Act 1975. The court held that in order to exercise this jurisdiction, the court needs to be satisfied that it is “expedient for the trust as a whole” (citing GH v KL [2011] (Bda) Civ (2 December 2010)).

In this case, the court accepted that there could be no benefit in allowing the trust to operate without a validly appointed trustee who has the full power and authority to perform the duties of a trustee. This was particularly the case, given that the trustee has an oversight responsibility of a vast network of trading concerns in Africa. The court therefore concluded that it would be expedient for the court to exercise its discretion under 31(1) to order the appointment of the Current Trustee.

Acts and omissions of the invalidly appointed trustees

The court held that it has an inherent jurisdiction to intervene in the administration of a trust. Citing authorities (In the Matter of the Z Settlement [2016] JRC 048 and Schmidt v Rosewood Trust Ltd [2003] 2 AC 709), the court also held that this inherent jurisdiction allows the court to order that a trustee “leave undisturbed” the acts or omissions of a previous and invalidly appointed trustee, so that the trust is administered on the basis that the previous acts or omissions had been validly done. This was suggested to be an easier alternative to the ratification of each previous act or omission.

Considering the present case, the court ordered that the Current Trustee be at liberty to continue to manage the assets of the trust on the basis that it had been validly appointed as trustee by deed in July 2015. When making the order, the court considered the following key points:

The court also emphasised that it would not be possible to define all the circumstances in which the court may find it necessary or appropriate to exercise its inherent jurisdiction to intervene in the administration of a trust (citing Re New [1901] 2 Ch 534]). The facts of each particular case should be considered by the court.

The decision represents a pragmatic approach to a tricky issue.  The Chief Justice acknowledged that the situation arose “through no fault of the Current Trustee or the beneficiaries” and a sensible way was found to provide comfort to the trustee, whilst ensuring that the beneficiaries were not prejudiced. 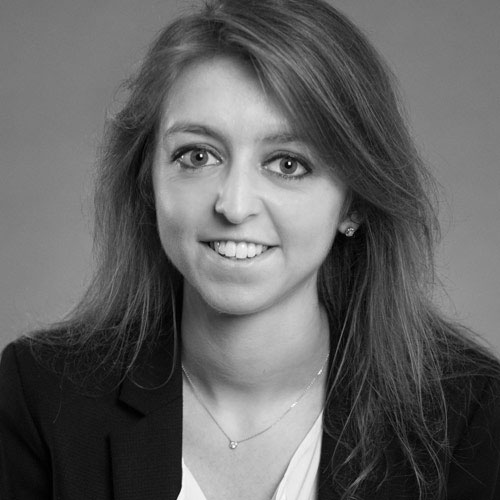