Next friends act on behalf of parties in legal proceedings who are not able to act themselves (for example, because of mental incapacity). In two recent decisions, the courts took the opportunity to reiterate the legal principles relating to the appointment and authority of a next friend and to make clear the capacity of a next friend.

The questions for the courts were as follows:

Yang’s case – appointment and authority of next friend

The court helpfully summarised the well-established legal principles that are equally applicable to an application for the appointment of a next friend or guardian ad litem (i.e. someone usually appointed to represent children) and to an application by a next friend to confirm his/her authority in the conduct of the proceedings:

Applying the legal principles to the factual circumstances of the present case, the court held that the defendant’s arguments challenging the suitability of Mr Leung were either unsupported by a legitimate basis or illusory. These arguments include that:

As a result, the court granted an order confirming Mr Leung had the power and capacity to issue the Rectification Summons.

It was not in dispute that Order 15, rule 7 of the Rules of the District Court applied to Wai’s case such that the cause of action survived and the proceedings would not abate by reason of the death of the plaintiff.

As such, in order for Ms Wai to continue to represent the estate of the deceased plaintiff and for the defendant to properly discharge its liability, the court ordered that she be made a party to the plaintiff’s action and that proceedings be carried on as if the plaintiff had been substituted by Ms Wai since the death of the plaintiff.

These decisions serve as a useful reminder of the legal rules concerning next friends in legal proceedings. While the rules dealt with in these cases might seem merely to concern technical and procedural issues, they go to the very heart of how cases involving a next friend are brought in courts. It is essential that the right processes are followed before a next friend takes legal action in the courts, not least because this could avoid the legal costs and time required to resolve such procedural disputes. 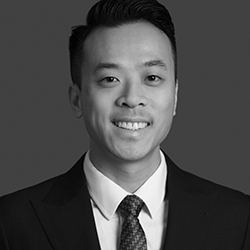