Should testamentary capacity be governed by the approach in Banks v Goodfellow1 or the Mental Capacity Act 2005 (“MCA”)? The Court of Appeal (the “Court”) had the opportunity to re-consider the application of Banks in light of the MCA, but declined to do so in their recent decision in Clitheroe v Bond [2021] EWHC 1102 (Ch). The Court obiter, however, agreed with decisions of the High Court that the test in Banks continues to apply, and has not been replaced by the MCA.

The Appellant and Respondent are the surviving children of the deceased, Mrs Jean Clitheroe. Mrs Clitheroe signed two Wills, one in 2010 and the second in 2013.  Whereas Mrs Clitheroe’s daughter, the Respondent, was to receive a diamond and garnet ring under the 2010 Will, she was to receive nothing under the 2013 will. Mrs Clitheroe had provided reasons on both occasions for providing little to nothing to her daughter, including, that she was a “shopaholic” and her daughter did nothing for her.

Both Wills came before a Deputy Master to decide whether Mrs Clitheroe lacked testamentary capacity, or alternatively the 2013 will was the result of fraudulent calumny. The judge considered the issue of testamentary capacity on the basis of the test in Banks and found that Mrs Clitheroe lacked the mental capacity to execute the two Wills. The test in Banks requires that a person making a Will must:

Mr Bond, the Appellant in this appeal and Mrs Clitheroe’s son, appealed the Deputy Master’s decision. Two key grounds of appeal were:

The decision in Banks was handed down in 1870 and is the seminal authority on testamentary capacity. Its application, however, came into question with the introduction of the MCA in 2005. Despite the initial doubt as to Banks’ continuing relevance, the High Court in Walker v Badmin3 confirmed the continuing application of the test in Banks. The appeal in this case was an opportunity for the question to be considered once again before a higher court. The Court, however, declined to consider this question on the basis that this was a new point that could not be raised on appeal. However, they provided some guidance obiter as to why the point would have failed in any event.

The Court first considered the cases of James v James4 and Walker, both cases that had previously considered the differences between the test in Banks and the MCA, including that the test for mental capacity set out in the MCA is for the purposes of that Act (at section 1(1) MCA) – “to define the circumstances in which living persons are able to take decisions or, where they are not, when and how decisions can be made on their behalf”5; it is unsatisfactory for the same test to govern the task of assessing a living person’s capacity and the retrospective task of assessing whether a will is valid6; the Banks test has a lower threshold as it focuses on whether the will correctly represents the testator’s intentions rather than on the testator being able to understand all of the relevant information (section 3(1) MCA). The MCA test would also render a will invalid if the testator was unable to understand, use or weigh information as to the reasonably foreseeable consequences of choices that he may be reasonably expected to take into account, which the Court noted was probably more than that which is required under the Banks test. As such “it was unlikely that Parliament had intended the detailed case law to be replaced by a “single definition applicable to decisions which might be taken on behalf of living persons”.7

The Court agreed with the decisions in Walker and James, stating that in their view, “the purposes of the MCA do not extend to determining whether an individual had capacity to enter into a particular transaction that he or she has entered into.” The only exceptions they noted are certain transactions identified by the MCA, such as capacity to grant a lasting attorney, and provisions regarding contracts for necessities. The MCA deals with the power to make a statutory will but its “purposes” do not address the different question of the validity of a will. In addition, this question does not sit well within section 1 of the MCA, as it could lead to situations where incapacity is presumed from the lack of evidence of steps taken to ensure the testator understands information.

The Court reviewed the case law on delusions and concluded that “for a delusion to exist, the relevant false belief must not be a simple mistake which could be corrected. It must be irrational and fixed in nature.” The key question when considering a delusion is “whether the relevant irrational belief is fixed”. Where a delusion is not obvious, the way of demonstrating it is to show that the person cannot be reasoned out of it. The other way to demonstrate a delusion, and one more relevant to this case, is to show that the individual formed and maintained that belief in the face of clear evidence to the contrary, of which they were plainly aware. A third alternative is to demonstrate that there is no basis on which the individual could have formed and maintained the mistaken belief.

The correct focus of the test is the individual’s state of mind; the “correct approach would allow a holistic assessment of all the evidence. This would take account of the nature of the belief, the circumstances in which it arose and whether there was an evidential basis for it, whether it was formed in the face of evidence to the contrary, the period of time for which it was held and whether it was the subject of any challenge.” A hypothetical test that considers whether the individual could have successfully been reasoned out of their belief is complex and gives rise to difficulties.

The Court noted that they had concerns with the Deputy Master’s application of the “delusions” test and directed the parties to reach agreement through mediation or otherwise.

The test in Banks is well established and been explored and explained in numerous Court judgments over the years (and applied across numerous common law jurisdictions).  The Court of Appeal’s confirmation (albeit obiter) of its continuing application in the area of Wills is a welcome development. 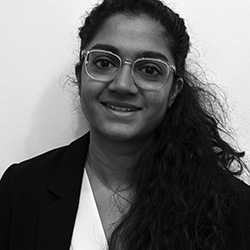