In a recent judgment concerning the doctrine of mistake, Deputy Master Marsh explains the evidential hurdles a claimant will have to overcome before the Court will set aside trusts created as part of a tax avoidance scheme. In this case, the Claimants and their legal advisers failed to overcome those hurdles (and earned a relatively stern rebuke from Deputy Master Marsh in the process).

The three claims heard by Deputy Master Marsh in June this year concerned the same tax avoidance scheme, pursuant to which the profits of the Claimants were settled in offshore discretionary trusts, set up for the Claimants in 2010 by Baxendale Walker LLP.

The Claimants were described in the trust deeds as the ‘Founders’; the First Defendant, Bay Trust International (a Belize company), is the trustee; and APL, the Second Defendant, is the fiduciary ‘personal management’ company established in the UK to manage the assets of the trusts.

Mr Levack was central to all three claims. He owned a number of commercial properties including four care homes and a hotel, all leased to Dukeries, and held a 50% share of a secure hospital in Doncaster, which was leased to Riverside. In addition, Mr Levack and Mr Rhoden were the majority shareholders in Riverside. Mr Levack was a director and sole beneficial owner of Dukeries, a very profitable care home business. There were three other members of Dukeries’ board: Hilary Levack (his wife), Sadie Levack (his daughter) and Jacqueline Brayford. Mr Fell was the tax adviser for all three Claimants.

In short, Mr Levack and Mr Rhoden were advised that the Claimants should set up offshore discretionary trusts for the benefit of persons who supplied services to the companies and future (but not current and former) employees (the Remuneration Trusts). The purported benefits of the Remuneration Trusts included that:

The tax consequences of the Remuneration Trusts are disputed by HMRC, the Third Defendant. HMRC’s position, at least in respect of Dukeries, is that the tax avoidance scheme fails and, as a result, additional corporation tax, PAYE and NICs is owed. At the time of the hearing, this tax dispute was the subject of separate (stayed) proceedings in the First Tier Tribunal (Tax Chamber).

Presumably in light of these concerns, the Claimants sought to set aside ab initio the three trust deeds (with the contributions to be re-vested in the Claimants), relying on the doctrine of mistake.

It was the Claimants’ case that they were mistaken as to the beneficiaries of the Remuneration Trusts (Mr Levack and his family being excluded beneficiaries) and as to the tax consequences of establishing the trusts (assuming HMRC is correct).

Deputy Master Marsh ultimately refused to grant the relief sought, principally because the Claimants failed to meet the high evidential burden faced by claimants when seeking this equitable relief. Deputy Master Marsh’s judgment is a helpful reminder of the evidence that is required in support of such claims.

Where, as in this case, the Claimants were, in part, companies acting through a board of directors, it is necessary for the Court to understand the collective intention / understanding of the board of directors. This is ordinarily established by reference to contemporaneous written documentation, with particular focus on the relevant board minutes. However, in a case such as this, in which the provider of a tax avoidance scheme (Baxendale Walker LLP) produced pro-forma minutes, Deputy Master Marsh suggested that it would likely be necessary for the claimant to provide evidence that the minutes actually reflect the intentions and understanding of the board at the time.

Whilst that might be established through further contemporaneous documentation, claimants will also want to consider obtaining evidence from the attendees of the relevant board meeting. In this case, Deputy Master Marsh appeared critical of the fact that the Court only had the benefit of evidence from Mr Levack (and not the other directors of the companies: Mrs Levack, Sadie Levack and Jacqueline Brayford, as directors of Dukeries and Mr Rhoden and Mr Reason as directors of Riverside). It was not sufficient that Mr Levack’s witness evidence addressed the purported understanding of his wife and daughter (both directors of Dukeries) as to the intended effect of the schemes, particularly in circumstances in which it was not clear how they had formed this understanding.

Further, Deputy Master Marsh was critical of the fact that the evidence of the other Claimants’ witness, the Claimants’ tax adviser, Mr Fell, did not address what he understood to be the intended effect of the schemes (and whether or not he read the trust deeds and ancillary material produced by Baxendale Walker LLP). In assessing Mr Fell’s evidence, Master Marsh pointedly concluded that “Mr Fell’s evidence not only does not materially assist the claimants’ case, his silence on topics that are crucial to the claimants’ case is positively unhelpful to the claimants’ case“, drawing an adverse inference as to why these points had not been addressed.

The evidence of Mr Levack

In this regard, Deputy Master Marsh’s assessment of Mr Levack’s evidence (and the legal advisers that assisted in the preparation of his witness statement) was clear:

I conclude that I can place little if any reliance upon Mr Levack’s evidence about his understanding of way the schemes would affect his and the companies’ liability to tax and his ability to pass wealth to his family. In addition to the concerns I have already expressed:

In light of these evidential deficiencies, Deputy Master Marsh concluded that the Claimants had not established that they acted under a mistake of so serious a character to render it unjust on the part of the Trustee to retain the gift (and the claim therefore failed).

Deputy Master Marsh went on to find that the claims also failed on an alternate basis. Having concluded that the Remuneration Trusts should be properly regarded as ‘artificial tax avoidance’, Deputy Master Marsh concluded that relief should be refused because Mr Levack must be taken to have accepted the risk that the schemes would prove to be ineffective (assessed, in his view, on an objective rather than subjective basis, although he also found that that the Claimants in fact “deliberately ran the risk of the schemes not operating in the way Mr Baxendale-Walker’s sales pitch had suggests“).

In that regard, Deputy Master Marsh relied on:

The case is a helpful reminder of the high evidential burden faced by claimants seeking to rely on the doctrine of mistake. In all but the most straightforward of cases, it will be necessary to collate a substantial body of evidence in support of the claim, a potentially time-consuming and costly exercise.

This case also provides a salutary lesson for legal advisers engaged in preparing witness evidence for claims, particularly in Part 8 proceedings. Deputy Master Marsh’s finding that “[Mr Levack’s] witness statement was constructed with only passing reference to what his evidence in chief would be if called to give oral evidence” seems to have been directed at the legal team that helped prepare the statement.  Whilst witness statements prepared in accordance with Practice Direction 57AC are perhaps less likely to fall into this trap, Deputy Master Marsh’s judgment is nevertheless a reminder that, in Part 8 proceedings particularly, the Court expects witness evidence to give a complete and accurate picture of the witness’s recollections. 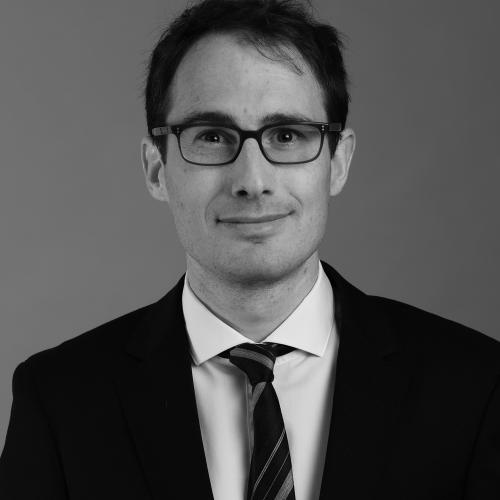