It’s a watchdog’s life: Protector duties from Bermuda to Jersey

“The Protector’s role is to be a “watchdog” to ensure due execution by the Trustee of the powers vested in the Trustee.”[1]

Protectors are commonly used in offshore trust structures as a break stop to the Trustees’ exercise of certain powers. For example, Trustees may have to obtain the consent of the Protector to exercise their power to appoint, or to distribute the Trust funds. To date there had been little judicial consideration of the scope of a Protector’s duties, but in the landmark case of Re The X Trusts [2021] SC (Bda) 72 Civ the Supreme Court of Bermuda squarely considered the two competing interpretations of the Protector’s discretion. The Royal Court of Jersey has already responded.

The Court, taking their lead from the wording of the trust, held that that the Narrow View of the Protector’s discretion prevails; a Protector fulfils their duties by satisfying themselves that the Trustee’s proposed use of their powers is one which a “reasonable body of fully informed Trustees” is entitled to make.[2]

For Protectors and Trustees of Bermudan trusts with similar Protector provisions, at the least, this decision is likely to be welcome news. While the Court were clear that the Protector’s role in ensuring the Trustees properly exercise their powers was nevertheless an important and substantive one, this decision lessens the responsibility inherent in the role of Protector. Deadlock is also more likely to be avoided since reasonable Trustees will not be stymied by a Protector’s refusal to consent.

In this case, Trustees made proposals for the future administration of the X Trust, an offshore pension trust. The Protectors had to consent to these proposals.

Having determined that the interpretation of the Protector Provisions is an issue calling for iterative contextual construction, Kawaley AJ began his analysis of the role of the Protector by stating that “the duties of protectors, unlike trustees and other fiduciaries (such as agents), a comparatively modern office, have yet to be fully worked out by the courts.”[6]

With this proviso out the way, he looked to academic texts on the subject and found they indicate a slight, but clear, lead for the Narrower View over the Wider View.

Kawaley AJ found this lead appreciably extended when then he reviewed general judicial authority on Protectors. He noted particularly the statements in the Bermudan Court of Appeal decision Re Information About a Trust [2014] Bda LR 5 that the words “with the prior written consent of the Protector” in the trust instrument

can only mean, in our judgment, that the Trustees must obtain the Protector’s written consent before any release takes place; they do not have the effect of transferring the exercise of the Trustees’ discretion to the Protector.[7]

In that case Sir Anthony Evans JA suggested that a Protector “cannot lawfully refuse consent in a case where the Settlor is taken to have approved the release, any more than the Protector can vary the terms of the Trust.” In line with the Narrower View the Protector’s role is taken to be supervisory; they do not act jointly with the Trustee.[8]

Finally, Kawaley AJ considered practical reasons for favouring one view over the other. On the one hand, were the Protector to have a full and independent discretion (the Wider View), “chaos” might reign.[9] On the other hand the Narrower View might reduce the role of Protector to a rubber stamp.

Kawaley AJ vigorously rejected this criticism of the Narrower View; he held that the role of the Protector is to preserve the trust’s assets and “avoid the ultimate tie-breaker of an application under Public Trustee-v-Cooper Category 2, seeking Court confirmation that the Protectors ought to provide their consent.”[10] Later in his judgment he also stated that the practical effectiveness of the Narrower View “may well” explain the “dearth” of judicial authority in this area.

At this point the Narrower View is well in the lead, however, at this point Kawaley AJ turned to the final hurdle of PTNZ v AS [2020] WTLR 1423. A recent decision of the English Chancery Division, the Court in PTNZ applied the Wider View to the Protector’s exercise of discretion. Kawaley AJ distinguished PTNZ on the basis that the Protectors’ powers of consent in PTNZ were not agreed to be fiduciary, but in Re X Trusts they were. Moreover, he found the persuasive power of the decision “very weak”, for three reasons:[11]

The Narrower View of the Protector Provisions cantered home by a length.

The essential point to bear in mind about the Bermudan Supreme Court’s judgment is that it is based firmly in the text of the Protector Provisions. The Court opted for the Narrower View because it “reflects the true construction of the consent powers conferred on the Protectors of the X Trusts.”[13] Kawaley AJ decided it was “clear from the terms of the [trust] that their dominant purpose is to ensure the due exercise of the powers vested in the Trustees.”[14]

This is important because “unless a contrary meaning can legitimately be discerned” from the text of the instrument, the usual role of Protectors in trusts using similar Protector Provisions is to be a “watchdog” over the Trustees’ use of their discretion; “clear language would be required to signify the intention of achieving an atypical result”.[15]

The decision in Re X Trusts is likely to cause ripples in other Commonwealth jurisdictions. However, while the Bermudan Supreme Court did look at a selection of representative Protector provisions in the X trusts, one should bear in mind that Protector Provisions are often bespoke. This means that a close focus on the actual interpretation of the specific clause is needed to determine the scope of a Protector’s power properly.

There has already been a judicial response to the Bermudan Supreme Court’s 7 September 2021 decision.

On 5 October 2021 the Royal Court of Jersey, in In the Matter of the Piedmont Trust & Riviera Trust [2021] JRC 248, considered the judgment in Re X Trusts. In an addendum written after judgment had been handed down, but before the final version was published, they rejected the Bermudan Court’s approach.

Most significant perhaps is the Royal Court’s willingness to accept that adopting the Wider View put the trust at greater risk of deadlock, something which the Bermudan Supreme Court strove to avoid. The Royal Court considered that such an outcome was exactly the nature of a trust where a Settlor has decided to appoint a Protector. They nevertheless noted that the Protector’s discretion was narrower than a Trustee’s; they should never act jointly and for a Protector to act as a Trustee would be to “exceed their proper role”.

NB – all footnote references are to the Re X Trusts judgment, unless otherwise stated. 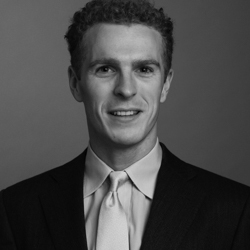