What to look forward to in 2016: Planning changes on the horizon Herbert Smith Freehills' real estate development team are monitoring a number of areas of law likely to change during 2016.  Here is a summary of some key areas of change we expect in the field of planning (from a development perspective), highlighting some opportunities these changes may present.

1. Office-to-residential conversion rights to be made permanent

2. Housing and Planning Bill due to become law

3. CIL Review Panel to report on whether CIL is meeting its objectives

5. Affordable housing renegotiation provisions to expire on 30 April 2016, unless extended

6. Government due to respond to the Airports Commission Final Report (which recommended Heathrow expansion)

8. Carbon offsetting requirements expected to be amended or abolished

2. Housing and Planning Bill due to become law: The Housing and Planning Bill was published on 13 October 2015 and is on its way through Parliament. The proposals will affect property developers and could make it easier to obtain planning permission for certain development on brownfield sites, and will introduce the concept of starter homes which will be required in some section 106 agreements. Click here to read our blog post taken from our ebulletin of October 2015.

Several amendments have been tabled since the bill was introduced in October, including a dispute resolution mechanism to speed up s106 negotiations, a power to restrict the enforcement of affordable housing planning obligations in certain situations, allowing other bodies to compete with local authorities to process planning applications, broadening provisions which currently allow the overriding of easements and other rights including rights to light in certain circumstances, and requiring two new affordable homes for every council home sold.

The bill still needs to pass through several stages in  Parliament before coming into force.  We are following amendments, please contact us for further information.

3. CIL Review Panel to report on whether CIL is meeting its objectives: A review of the Community Infrastructure Levy ("CIL") regime was due in 2015. For this purpose, the independent CIL Review Panel was established and published a broad consultation on CIL, asking for views on the effectiveness of the regime. The Panel must consider the overarching question of whether CIL is meeting its objectives of providing a faster, fairer, more certain and transparent means of funding infrastructure through developer contributions.  The panel are due to report to ministers by May 2016. We hope that the Panel will address a range of current concerns with the CIL system, including in relation to phasing of developments and payments, exemptions and reliefs, calculations, the pooling of section 106 obligations and with infrastructure lists and delivery.

Further amendments to the CIL Regulations are expected in 2016.

4. Government's response expected on the National Planning Policy Framework consultation (including changes to green belt and affordable housing policies):  The Government has published a consultation which proposes amending the National Planning Policy Framework to support some of the proposals in the Housing and Planning Bill, including changing the definition of 'affordable housing' and allowing for the development of brownfield land in the green belt, providing it contributes to starter homes.  These will be the first amendments to the NPPF since its adoption in March 2012.  The deadline for responding is 22 February and the Government response is expected later in 2016.

5. Affordable housing renegotiation provisions to expire on 30 April 2016, unless extended: Currently, since 2013, affordable housing provisions in section 106 agreements can be renegotiated if they make a development economically unviable due to a change in circumstances and where the local authority agrees.  This option is due to end on 30 April 2016, unless the Government choose to extend it by amendment to the Town and Country Planning Act 1990.

The Government has stated its aim to encourage development but at the same time it intends to support the provision of affordable housing, so we understand that DCLG currently considering the effects of these provisions.

Please see our update on this: Review of unviable affordable housing obligations to cease on 30 April 2016 (posted on 6 April 2016).

6. Government due to respond to the Airports Commission Final Report (which recommended Heathrow expansion): the Government's response to the Airports Commission Final Report has been delayed, due to the Environment Audit Committee's request that the environmental impact of the recommended option (expansion of Heathrow Airport) is more fully assessed.  The response is now expected in summer 2016 (after the London Mayoral election).

7. International property measurement standards changing: From 1 January 2016 all RICS professionals undertaking and commissioning property measurements have been required to follow the RICS Property Measurement Professional Statement.  This statement requires that all measurements of office buildings must be made according to the new International Property Measurement Standard (IPMS).  IPMS is the new global standard which replaces the Code of Measuring Practice and which "aims to enhance the transparency and consistency in the way property is measured across markets".   RICS recommends dual reporting for the period of transition between the older measurements standards and those introduced in this professional statement. We expect to see this IPMS becoming used as standard practice during 2016.

8. Carbon offsetting requirements expected to be amended or abolished: The Government announced in its 'Fixing the Foundations' Productivity Plan of July 2015 that it does not intend to proceed with the zero carbon Allowable Solutions carbon offsetting scheme, or the proposed 2016 increase in on-site energy efficiency standards, but that it "will keep energy efficiency standards under review".

Further information has not been provided on this nationally at the time of writing, but this is an area we will be keeping an eye on.

9.  National Infrastructure Commission to report at Budget 2016: The National Infrastructure Commission (NIC) was launched by George Osborne in October 2015 and is chaired by Lord Andrew Adonis. The NIC acts as an independent body to consider long term strategic decision-making on infrastructure in the UK. The NIC's initial work will focus on improving transport connections between northern cities, the best approach to large-scale investment in London's transport infrastructure and balancing the UK's energy supply and demand.  The NIC published a consultation on the proposed governance, structure and operation of the Commission in order to help to inform legislation to establish the Commission in permanent form. The Government welcomes views from all interested parties, including regulators, industry experts, lawyers and investors. The consultation is open from 7 January – 17 March 2016.

The NIC will report on these issues by the 2016 Budget, which is expected in March 2016. In the long term, it will produce a report at the start of each five-year Parliament, offering recommendations for priority infrastructure projects. 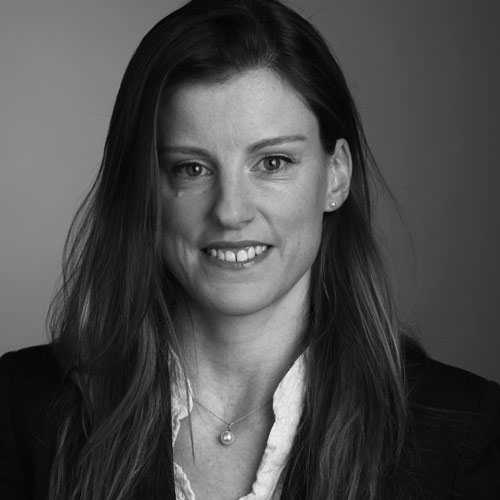