On October 9, 2020, HM Treasury’s Office of Financial Sanctions Implementation (OFSI) published its latest Annual Review for the 2019-20 financial year. Established in 2016, OFSI is a component of Her Majesty’s Treasury, which implements and enforces financial sanctions in the UK. The publication marks the third report which OFSI have published and provides an overview of the work undertaken by OFSI in the financial year 2019-20 (April 2019 to March 2020). Points which may be of particular interest to readers are set out below.

In the year 2019-20, OFSI received 140 reports of potential financial sanctions breaches, which is an increase compared to the 99 reports received in the 2018-19 Annual Review. Those breaches represented a value of over £980m. The Annual Review notes that the majority of breaches were reported in respect of the Libya sanctions regime, which OFSI considers unsurprising in light of the fact that the majority of frozen assets held in the UK have been frozen under the Libya regime. The Annual Review notes that the majority of breaches have been reported by the banking and financial services sector, although reports have also been received from other sectors, including legal, charities, insurance, energy and travel.

In 2019-20, OFSI imposed three civil monetary penalties in respect of financial sanctions breaches, noting that it has imposed its biggest penalties to date this financial year since it obtained the power to impose civil monetary penalties back in 2017 (see our previous blog post for a discussion of OFSI’s largest penalty to date). OFSI issued 40 new licences, and made 69 licence amendments during the period covered by the Annual Review. This represents a decrease in the overall number of licences granted in the previous year, but an increase in the number of licence amendments.

OFSI also added 44 asset freeze targets (or “designated persons”) to the UK Consolidated List; 43 of these were made under EU and UN legislation and one was a UK-specific designation made under the Terrorist Asset Freezing etc Act 2010. A total of £12,463,900,000 has been reported as frozen in the UK for the 2019-20 period.

The Annual Review looks ahead to the future, focussing on how sanctions will be approached at the end of the Brexit transition period. During the transition period, financial sanctions will be enforced as usual with the UK’s new autonomous sanctions regulations under the Sanctions and Anti-Money Laundering Act 2018 (SAMLA) coming into force at the end of the transition period (11pm on December 31). The Annual Review notes that OFSI have been involved in the design of all new financial sanctions made under SAMLA “to help ensure they are effective and implementable.” OFSI is also continuing to work with the Foreign Commonwealth & Development Office on a “UK Sanctions List” including information on financial sanctions, together with trade, transport and immigration designations, which will run in parallel with the current UK consolidated list.

More generally, the Annual Review notes that OFSI’s strategic communications focus for 2020-21 will be on the maritime sector with specific guidance for this sector having been published in July 2020.

We will continue to monitor developments. Please contact the authors or your usual US or UK Herbert Smith Freehills contacts for more information. 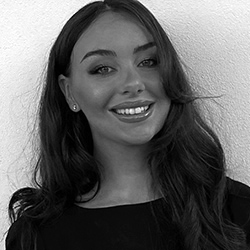