In IGE USA Investments Limited v HMRC [2021] EWCA Civ 534, the Court of Appeal overturned part of an interlocutory decision of the High Court dealing with whether HMRC should be allowed to amend their particulars of claim in their case against IGE USA Investments Limited and other entities within the GE group (collectively “GE”). The Court of Appeal held that the High Court had erred in granting HMRC permission to amend their particulars of claim to introduce a claim for equitable rescission of a settlement agreement, based on fraudulent misrepresentation.  This judgment is an interesting procedural milestone in HMRC’s claim against GE. In that claim, HMRC are seeking confirmation that their purported rescission of a settlement agreement reached with GE in relation to the application of the (old) “Anti-Arbitrage Rules” was valid.

Unless HMRC seek to appeal the decision to the Supreme Court, the Court of Appeal’s decision on this interlocutory issue will have determined the permitted scope of HMRC’s challenge to the agreement reached previously with GE. It can expected that GE will emphatically contest HMRC’s claim in due course.  That said, this case serves as a reminder to taxpayers generally that (a) HMRC have become increasingly bold about alleging misrepresentation and fraud, and (b) as such, during settlement negotiations with HMRC, taxpayers would be well advised to be circumspect and to consider carefully whether any representations risk being misinterpreted or misunderstood by HMRC. It can also be said that, in any future challenges to settlement agreements, HMRC are likely now to seek to determine at an early stage whether or not to mount a challenge based upon fraudulent misrepresentation, to ensure that any such claims are pleaded from the outset.

The issue before the Court of Appeal

It was accepted by the parties that HMRC’s application to amend to introduce a claim for equitable rescission amounted to a “new claim” on the part of HMRC for the purposes of section 35 of the Limitation Act 1980. It was also common ground between the parties that the new claim, involving allegations of fraud, did not arise out of the same or substantially the same facts as the existing claim. As such, under the rule referred to by the Court of Appeal in its decision in Paragon Finance v Thakerar [1990] 1 All ER 400, the Application could only be granted if GE did not have a reasonably arguable defence.

The question of whether GE had a reasonably arguable defence turned on section 36 of the Limitation Act 1980. Section 36(1) of the Limitation Act 1980 provides that the limitation period for tort claims under section 2 of the Act can also apply to claims for equitable relief, but this is only possible “in so far as any such time limit may be applied by the court by analogy in like manner as the corresponding time limit under any enactment repealed by the Limitation Act 1939 was applied before 1st July 1940.” The relevant question, therefore, was whether a Court before 1 July 1940 would have applied section 3 of the Limitation Act 1623 (containing a six-year limitation period) to a claim for equitable rescission based upon fraudulent misrepresentation. The answer to that question turned largely upon how the Court of Appeal’s century-old decision in Molloy v Mutual Reserve Life Insurance Company (1906) 94 LT 756 (“Molloy”) is to be understood.

In Molloy, the plaintiff sought a declaration that he had been induced to acquire a particular insurance policy by the fraudulent misrepresentation of the defendant. The plaintiff also sought rescission of the policy and various forms of financial relief. The Court of Appeal determined that the plaintiff’s claim was time-barred because, while a claim for the equitable relief of rescission did not fall directly within the scope of section 3 of the Limitation Act 1623, the six-year limitation period in that section for a damages claim in the tort of deceit could be applied by analogy.

The High Court (in a decision of Zacaroli J) decided that Molloy should be understood narrowly, as a case which determined that an analogy to the tort of deceit could be made in cases where financial relief (such as, in Molloy, the repayment of the premiums due under the policy) was claimed in equity. The effect of this was that, in the High Court’s view, GE did not have a reasonably arguable limitation defence, because HMRC had only sought declaratory (rather than financial) relief in their case against GE.  On that basis, the High Court was of the view that the Application should be granted.

The Court of Appeal, however, disagreed with this analysis. Following a detailed examination of the facts and the speeches in Molloy, the Court of Appeal held that the ratio of Molloy was broader than that described by the High Court. In the Court of Appeal’s view, Molloy stands as authority for the proposition that “any claim for equitable rescission of a contract on the ground of fraudulent misrepresentation is subject to a six-year limitation period by analogy to a claim for damages in the tort of deceit, where the facts as pleaded would allow either claim.” In light of this understanding of Molloy, GE had a reasonably arguably limitation defence.

For this reason, the Court of Appeal held that the High Court had been incorrect in granting the Application. The order of Zacaroli J was therefore varied to refuse HMRC permission to amend in respect of their claim for equitable rescission on the ground of fraudulent misrepresentation. The Court of Appeal observed in passing, however, that HMRC’s claim for rescission of the settlement agreement at common law (a self-help remedy that is not subject to a limitation period under the Limitation Act 1980) on the ground of fraudulent misrepresentation would proceed to trial in any event, as it was not the subject of GE’s appeal to the Court of Appeal.  GE maintain, however, that they have “cast-iron defences” to any claim at common law. 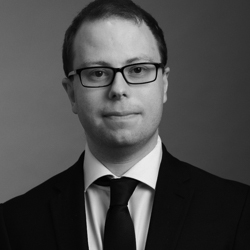