The UK Jurisdictional Taskforce (UKJT) published a Legal Statement on 18 November 2019 concluding that there is no bar under English law for cryptoassets to have the legal status of property and for smart contracts to be legally binding.

The UKJT is one of 6 taskforces under the Law Tech Delivery Panel (LTDP), a government–backed initiative established to support digital transformation in the legal sector. The Legal Statement, authored by Lawrence Akka QC, David Quest QC, Matthew Lavy and Sam Goodman, follows a consultation process launched in May 2019, with HSF providing input on the draft statement in advance of publication.

Sir Geoffrey Vos, who chairs the UKJT, acknowledged in his introduction to the Legal Statement that the topics covered in the statement will be (and will need to be) the subject of judicial decision in due course.  The Legal Statement is not binding on any court in England or Wales but it is intended to give greater market confidence that English courts will take a pragmatic and commercial approach when these issues come before them (at least until legislation addresses these issues expressly).

Why does it matter whether or not a cryptoasset is characterised as property?

The evaluation of whether a cryptoasset has the requisite characteristics of property is of critical significance for a party’s rights and obligations in relation to the asset. The status of cryptoassets as property (or not) impacts upon the legal validity and enforceability (at law) of a transfer, the vesting of a cryptoasset upon a death of its ‘owner’, in instances of bankruptcy or corporate insolvency, what happens to the asset in the event of fraud, theft or breach of trust, the ability to grant security over a cryptoasset and many other similar questions. This is therefore a crucial question in giving investors legal certainty and the ability to predict how and through what means cryptoassets may represent a sustainable store of value.  The legal position of course needs then to be superimposed on the technical characteristics of the cryptoasset in question.  For example, even if it is legally possible to grant security over a cryptoasset, is it technically practical to do so?

What does the Legal Statement conclude?

The authors reference National Provincial Bank v Ainsworth H/L [1965] A.C. 1175  where it was said by Lord Wilberforce that before rights or interests can be admitted in property, those rights or interests must be definable, identifiable by third parties, capable in its nature of assumption by third parties and have some degree of permanence or stability. The Legal Statement also quotes the elements of certainty, exclusivity, control and assignability identified in more recent case law as essential to property rights (Fairstar Heavy Transport NV v Adkins [2013] EWCA Civ 886). The authors find there to be no bar, in principle at least, to a cryptoasset meeting each of those characteristics.

A potentially complicated area in defining cryptoassets as property under English law lies in the nineteenth century case Colonnial Bank v Whinney [1885]. In that case, Fry LJ said ”all personal things are either in possession or in action. The law knows no tertium quid (third thing) between the two.”

The Legal Statement takes the view that a cryptoasset is more than merely information (which is not generally treated as property under English law), but that it is neither a thing in possession nor thing in action. Nonetheless, the authors advocate for cryptoassets to be treated as property as a novel kind of intangible asset. The Legal Statement highlights that Fry LJ could not have envisaged modern digital developments when he made his comments and that the English courts (and legislation in England & Wales) have in more recent times been prepared to treat novel kinds of intangible assets as property. Further guidance will be needed from the courts (or legislature) on this point in future to cement the greater certainty that the Legal Statement aims to provide.

The Legal Status of Smart Contracts

The overall conclusion in the Legal Statement is that smart contracts will, in the main, be treated by English courts no differently from ordinary contracts and therefore be subject to the usual rules of contract law. The authors conclude that the particular features of smart contracts, which they describe as automaticity, cryptographic authentication and lack of general comprehensibility to those uninitiated in the relevant coding language will not change the relevance and applicability of traditional legal principles.

What is a smart contract?

The Legal Statement does not seek to give an authoritative definition of a smart contract. Instead, the authors focus on what is legally novel or distinctive in a smart contract compared to a traditional (natural language) contract. The Legal Statement identifies the key difference to be “automaticity” (the performance of the contract, at least in part, automatically and without the need for human intervention).

Is a smart contract legally binding?

The Legal Statement suggest that the ‘automaticity’ of smart contracts and the mechanistic way in which computer code operates do not make smart contracts incapable of being treated under the law in the same way as conventional contracts.

According to the Legal Statement, code is not normally susceptible to contractual interpretation because, the authors say, it is generally clear and unambiguous (this is because software will generally only ever run in a particular way – the way in which it has been coded to run).

The authors contend that this general clarity and lack of ambiguity does not justify smart contracts being declared a special category of contract where the normal rules of interpretation do not apply. They claim that a smart contract which consists purely of code with no natural language element should simply be regarded as an example of a crystal clear contract where there is no need or justification in parting from it or ascribing any additional meaning to it.

In cases where a smart contract is unclear, however, with the result that it does not run or does not have a clearly ascertainable ”meaning”, the authors suggest that ambiguities might be resolved by reference to other parts of the code that make the intended behaviour clear. Alternatively, they contend that there could be cases where examination of the code alone will not clarify the intention of the parties and that a judge will need to look beyond the code. The outcome of the judge’s examination in such instances will hinge on whether the code was intended to define the obligations or merely to implement them. When code defines the obligations, it will be necessary to investigate exactly what the code does (or should do). This may require the use of expert evidence.

Greater clarity on the status of cryptoassets under English law was badly needed. The Legal Statement provides helpful guidance for parties investing in cryptoassets and should enable better assessment of the legal and practical risks associated with these investments. That being said, there are a number of complex legal questions which have not been addressed in the Legal Statement or which will ultimately need a response from the English courts or legislature.

As to the status and interpretation of smart contracts, the Legal Statement’s over-arching conclusion that smart contracts are capable of giving rise to binding legal obligations is certainly welcome. A number of issues, however, are likely to complicate the practical application of that approach and will need to be considered in further detail on a case-by-case basis.

For example, it is perhaps overly simplistic to suggest that code is unambiguous in the circumstances where the program in question runs.  There are circumstances – for example so-called “race conditions” – where identical code can have a different effect depending upon the timing or sequence of external events. This issue is particularly acute for smart contracts, because those contracts will very commonly depend upon external events to define their execution.

Even when the code runs as it should, parties are likely to debate whether or not the way in which the code ran reflected their intentions accurately. The courts must also be able to interrogate the operation of the relevant program at a granular level, for example to assess whether the output and operation of the smart contract is out of all proportion to the legitimate interest of the relevant party (in the context of an alleged penalty, for instance).

Concepts such as the ‘objective meaning of words’ will require revisiting in some cases, in the context of smart contracts comprising only code, because coding languages by definition do not have the ambiguity associated with natural language.

The Legal Statement suggests that judges may be more willing to look at evidence extrinsic to the contract itself to construe code, for example, in instances where the code was merely intended to implement the contractual obligations rather than define them, or where the contract consists of both code and natural language. However, again, that might suggest a departure from the usual application of the parol evidence rule in the context of a natural language contract.

Until binding decisions are made on these issues by the courts, parties would be well advised to ensure that their smart contracts (the coded provisions) are contained within a traditionally recognised natural language contract which can be interpreted in accordance with well-established principles.  By integrating code and natural language into a smart legal contract, parties can harness the benefits of ‘automaticity’, while managing the legal risks associated with the code not performing in the way that one or both parties expected.

Given all of these complexities associated with cryptoassets and smart contracts, and bearing in mind the relatively slow adoption of less complex technical developments such as electronic signatures (which are explicitly said to be legally unforceable throughout Europe in the eIDAS Regulation), it remains to be seen how quick the adoption will be.  The Legal Statement is certainly a helpful step along the way. 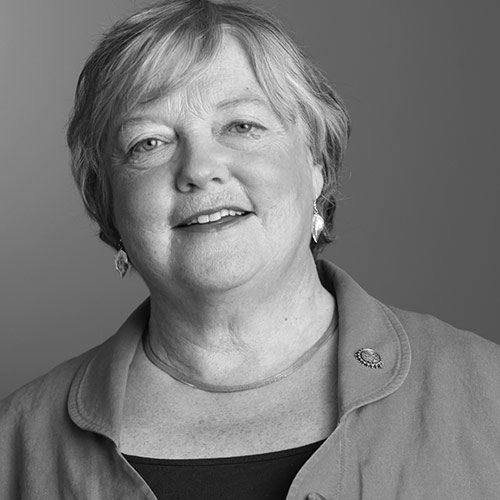 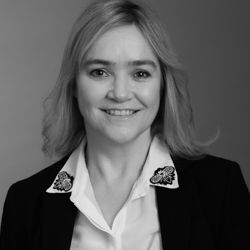