On 15 October 2020, the DCMS launched an inquiry into the impact of the business models operated by platforms such as Spotify and Apple Music on the wider music industry. One of the initial reasons behind the inquiry was the realisation that music streaming in the UK brought in more than £1 billion in revenue (with 114 billion streams in the last year alone) yet the DCMS has found that artists can be paid as little as 13% of the income generated. Whilst this issue existed before the Covid-19 pandemic, it has been exacerbated as creators have been restricted from touring and performing live, and have instead become solely reliant on revenue from recorded music. For more on the launch of the inquiry, please see our previous blog here.

Creator remuneration was the fundamental issue which was raised by the inquiry. Whilst consumers typically enjoy music that is cheaper, more personalised and more readily available than ever before, the report finds that streaming’s short-term pricing structure puts music at risk in the long term, because creators are being discouraged from creating new music as they struggle to earn enough remuneration from streaming.

There are currently just three major companies (Universal Music Group, Sony Music and Warner Music Group) which together have a share of the UK recording market that is equivalent to 75%.  They also dominate music publishing, which is the part of the industry that deals with the rights to the lyrics and composition of a track.

Summary of concerns/recommendations of note:

Generally, streaming services such as Spotify and SoundCloud remain mostly in parity with one another on price. Although both of these platforms are operating at a cumulative annual loss, their services are sustained by venture capital which allows them to price competitively in order to maintain market growth. Rather than trying to compete on price, streaming services tend to try and distinguish themselves from their competitors based on their technology offerings.

From the report’s findings, it is clear that the current music streaming industry is unsustainable and is likely to lead to the decline of new music in the long term unless supported by a comprehensive new legal framework. The Government is now due to respond by 15 September 2021. 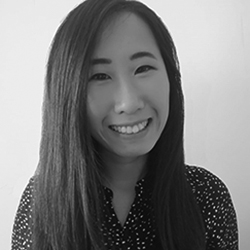