On 22 September 2021, the UK Government and the Competition and Markets Authority (“CMA“) published their response (the “Response“) to the Digital, Cultural, Media and Sports Committee (“DCMS Committee“) report (the “Report“) on the economics of music streaming. The Report was published in July 2021 (see our previous blog post here) and set out a number of recommendations to address issues identified following the DCMS Committee’s related inquiry (see our previous blog post here for background and further details).

In its Response, the Government acknowledged the invaluable insights into the streaming environment gained from the DCMS Committee’s inquiry and accepted the need for reform of aspects of the industry. However, it suggested that further research is required to fully understand the complexity of issues faced by music creators / rights holders and, in turn, the impact of the DCMS Committee’s recommendations on the wider music sector. There is therefore unlikely to be further clarity on any proposed action the Government intends to take (including whether to take forward legislation in the key areas considered) until spring 2022, at the earliest.

In addition to the Response, the Government supported the DCMS Committee’s recommendation for the CMA to undertake a market study into competition-related concerns raised in the inquiry, including “the possible market dominance of the major music groups and the potential for contractual agreements between them and the streaming services to stifle innovation in the streaming market“.  Following discussion by the CMA Board at its October meeting, the CMA announced on 19 October 2021 that it intends to launch the proposed market study as soon as possible. Andrea Coscelli, Chief Executive of the CMA, stated in a letter to the DCMS Committee that the market study “supported a strategic goal of the CMA to foster effective competition in digital markets, ensuring they operate in a way that promotes innovation and the consumer interest”. This follows the CMA’s ongoing investigations relating to digital markets, such as those on Google’s ‘privacy sandbox’, Facebook’s use of ad data, Apple’s AppStore and Sony’s acquisition of AWAL, a music distribution company.

The Government Response: Further collaboration with industry is key

The Response suggests the Government will work closely with the industry to establish a three-point work programme, to further investigate the issues set out in the Report. The work programme is due to commence in autumn 2021, with progress updates expected for each of the three work streams in both spring and autumn 2022. The work programme consists of:

The Response also outlined the Government’s approach to the key issues flagged by the DCMS Committee, a summary of which is set out below.

The CMA response to the Report addressed the DCMS recommendation that “the CMA should consider exploring designating YouTube’s streaming services as having strategic market status to encourage competition with its products.” This recommendation relates to the proposed new pro-competition regime for digital markets which will be operated by an independent Digital Markets Unit (“DMU“) within the CMA. Under this proposed regime the DMU will be tasked with both introducing and enforcing a new statutory code of conduct which will govern the behaviour of platforms it designates as having Strategic Market Status (“SMS”) within digital markets.

In its response, the CMA remarked that the DMU has not yet been finalised and pending legislation, there is currently no mechanism to designate a company with SMS. As a result, the CMA noted that at this stage it could not consider designating YouTube’s streaming services as having SMS. However, the CMA will re-visit this point when the new digital market framework comes into force, drawing on the related evidence which the DCMS Committee presented.

On the whole, those industry stakeholders campaigning for changes to the current music streaming model (including greater protections for music creators / rights holders), will welcome the Response as a step in the right direction, aligning with the DCMS Report on the need for reform. In a joint statement, the Musicians Union, The Ivors Academy and Tom Gray, Founder of #BrokenRecord Campaign welcomed that the Government had “recognised the importance of ensuring that the UK’s artists and songwriters are fairly rewarded for their talent and work“.

However, in the meantime, potential remains for disparity between the protections afforded to music creators / rights holders in the UK versus more robust provisions in other jurisdictions (particularly the EU Member States under the EU Copyright Directive).

The joint statement (and others in the industry) also highlighted the vagueness in the Government Response around timeframes for any legislative reforms. The Government intends to look to industry, through the Contact Group, to explore some of the issues raised in the Report and also to learn from the successes or failures of those EU Member States implementing the EU Copyright Directive. However, there may well be a substantial wait for the Government to gather the evidence it requires to decisively determine the most appropriate course of action; the Contact Group is due to meet over the next 12 months and several Member States have been slow to implement the Directive (despite the 7 June 2021 implementation deadline), reflecting the complexity (and controversy) around some of the provisions in the Directive.

Although this ‘wait and see’ attitude may disappoint those campaigning for immediate intervention to ‘fix’ music streaming, the approach is likely to be a consequence of the complex issues the Government is also grappling with.

Over the course of the next 6 to 12 months we should learn more as to whether the Government’s fact gathering mission will transpire into a new legal framework for the UK music industry. 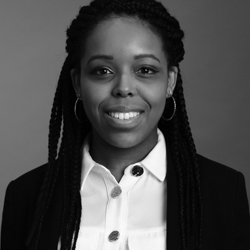 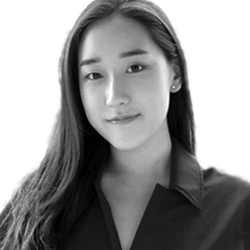